by Jason Guerrasio
in Filmmaking
on Jan 8, 2010 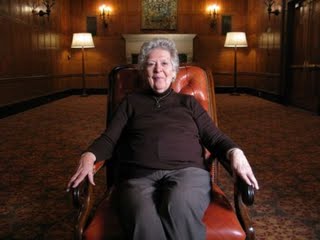 In a press release sent out this week, director Robinson Devor (Police Beat, Zoo, which scored on Filmmaker’s Top 25 of the Decade list) is currently underway in San Francisco on a documentary on Sara Jane Moore, who attempted to assassinate President Gerald Ford in September 1975 outside the St. Francis Hotel in San Francisco.

Written by Devor, Charles Mudede and shot by d.p. Sean Kirby, Moore (pictured), now 80 and currently on parole after thirty years in prison, returns to San Francisco for the first time since the assassination attempt to be interviewed. The film also chronicles the lead up to the attempt, following Moore as a suburban wife to being involved with Marxist radicals to even being a narc for the FBI.

“Like Man on a Wire, this is one of those incredible tales that recent American history has seemed to forget,” writes producer Zach Sebastian in the release. “Think of it as Errol Morris‘s Mr. Death meets Francis Ford Coppola’s The Conversation.”