MOVIE ART AND ARCHITECTURE: ALEX ROMAN’S THE THIRD & THE SEVENTH 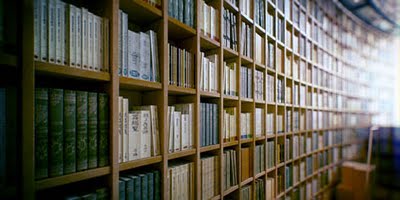 The online video of the moment is Alex Roman’s The Third & the Seventh — so much so that Roman’s own site, which I was going to link to, is down due to bandwidth excess. (It redirects to the Vimeo video below, but rather than watching here, go to Vimeo and resize to HD and see it full-screen.) The video is described by Roman as “a FULL-CG animated piece that tries to illustrate architecture art across a photographic point of view where main subjects are already-built spaces. Sometimes in an abstract way. Sometimes surreal.” In other words, what you are seeing is 100% CG but based on existing architectural spaces, such as Frank Gehry’s Disney Concert Hall. Using 3dsmax, Vray, AfterEffects and Premiere, Roman made this entire video himself. (He even orchestrated, sequenced and mixed the music.)

Since posting this a month ago, the video has been watched over 500,000 times and has inspired a lot of comment. Noah Harlan writes, “This is the most breathtaking work of pure CGI (ie: it’s 100% CGI) I have ever seen – including Avatar in IMAX 3D. And this was all done by one guy. The 3D modeling, the rendering, the coloring, even the music. It’s slow, it’s not really a good film, but as a work of art, it is breathtaking.” Greyscale Gorilla writes, “A beautiful, architectural, short film made with Vray and 3DStudio Max. The sense of depth and space in this is really amazing. The shallow DOF and diptychs really make this piece shine…. Makes me want to learn Vray.” And at his BLDGBLOG, Geoff Manaugh, whose whole brief is the intersection of architecture and art and culture, writes:

This also seems to be yet more evidence that architecture students are literally just on the cusp of expertise in several different industries, and that even the briefest of collaborations with interested writers could push many student projects instantly over into fully realized narrative films. While I’m aware that many architecture students couldn’t care less about this—they didn’t, after all, apply to film school—I think it is nonetheless a strategically interesting option to consider when it comes to developing, presenting, and recontextualizing spatial ideas: a slight tweak here and there, a presentation of the most bare-bones scenario imaginable, and you’ve gone from student thesis project to La Jetée after one late night and some 5 Hour Energy drinks…

Below are the film and then also short videos that show a “Making Of” and the compositing breakdown.

The Third & The Seventh from Alex Roman on Vimeo.

Exeter Shot — Making Of from Alex Roman on Vimeo.