From a press release I just received: 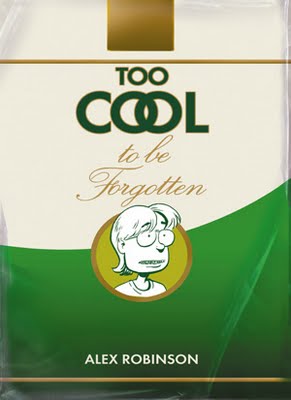 Johnson, and Likely Story, Bregman’s film production company, have purchased a 33% interest in Top Shelf Productions, Inc. Johnson will join the board of Top Shelf, and Likely Story will get a first-look deal for all new Top Shelf publications for possible film and TV development.

The first project slated for development by Likely Story is Alex Robinson’s critically acclaimed “Too Cool to Be Forgotten,” named one of Amazon.com’s Top Ten Graphic Novels of the Year and considered his best work to date.

“Too Cool To Be Forgotten” tells the story of a 40-something father of two who undergoes hypnosis therapy to quit smoking, only to transport back to 1985 and his formative years as a gangly, awkward teenager. Forced to live through his high school years with all the knowledge of his later life; uncertain whether he is destined to relive the mistakes of his past or if he has been given a second chance to get things right.

TOP SHELF PRODUCTIONS is the Atlanta, Georgia and Portland, Oregon-based literary graphic novel and comics publisher best known for its ability to discover and showcase the vanguard of the comics scene. Founded by Co-Publisher Brett Warnock in 1995, and partnered by Co-Publisher Chris Staros in 1997, Top Shelf has produced over two hundred graphic novels and comics that have helped to revitalize interest in comics as a literary art form. Most notably, Alan Moore’s FROM HELL, LOST GIRLS, and THE LEAGUE OF EXTRAORDINARY GENTLEMEN; Craig Thompson’s BLANKETS; Andy Runton’s OWLY; Robert Venditti & Brett Weldele’s THE SURROGATES, Jeff Lemire’s ESSEX COUNTY, and Jeffrey Brown’s CLUMSY & UNLIKELY, all of which have garnered critical accolades from the likes of Time Magazine, USA Today, Entertainment Weekly, People Magazine, Publishers Weekly, The New Yorker, and the New York Times Book Review.

“The enormous successes of the Spider/Bat/Super/X/Iron Men stories of the world lead one to believe that the world of comic book adaptations are limited to superhero stories – but this couldn’t be further from the truth,” notes Anthony Bregman. “Literary graphic novels and comic books represent the most creative and innovative storytelling around. Year after year, Top Shelf has consistently picked and published the most interesting, playful, and visually stunning stories of this medium.”

Publisher Chris Staros adds “I’ve personally been friends with producer Anthony Bregman for over five years, and have looked up to him as a mentor and advisor. Every time we’d meet in New York or talk on the phone, we recognized the fact that we were kindred spirits, shepherding projects to the world that we simply believed in. Top Shelf and Likely Story both put art before commerce, but also celebrate those magical moments when art meets commerce, and a project that was built from the ground up becomes a success.”

The financing deal was hatched two years ago, when John S. Johnson, a friend of Bregman’s and a big fan of literary graphic novels, mentioned to him that he was toying with the idea of graphic novel publishing, to possibly make it a part of his other new media interests. Bregman had been speaking with Staros at the time about various investment proposals over the years that had been presented to Top Shelf — most of them either proposals to buy out the company, purchase a controlling interest, or use the name of the company to do something different than what they had built their reputation on. Bregman introduced Johnson to Staros, and over the course of two years the three developed a friendship, shared interests and goals, and respect for each other to the point that they decided to work together as partners in the future of Top Shelf.