OUR 12 MOST ANTICIPATED FILMS AT SUNDANCE 2010

As we pack our bags for the Sundance Film Festival, all of our correspondents this year have weighed in on the premieres that we’re most excited to see. Check back daily throughout the festival for features, reviews and commentary. 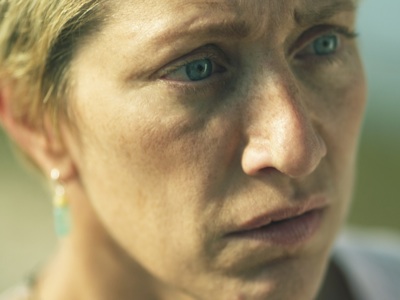 3 Backyards, Eric Mendelsohn. (pictured) I’ve heard from crew who worked on this that it’s great, and I’m a Judy Berlin fan. It’s a domestic drama with Edie Falco and Elias Koteas, and I really hope this is a film that can get suburban-disconnectedness — the bread of butter of Sundance movies — right. — Alicia Van Couvering

The Company Man, John Wells. Sue me: I am nuts for The West Wing. I would have a burning curiosity about John Wells’ feature debut no matter what it was, and that curiosity will have to be quenched by this Ben Affleck-starring film about a man who is downsized, whatever it may turn out to be. — AVC 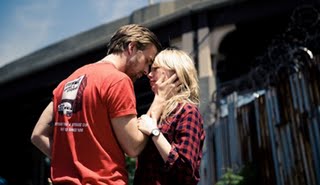 The Tillman Story, Amir Bar Levi. I’m excited for the doc The Tillman Story, about the soldier whose death the army exploited for its own narrative purposes. With this film, Davis Guggenheim’s Waiting for Superman, as well as The Shock Doctrine (Mat Whitcross and Michael Winterbottom), Buried (Rodrigo Cortes) and Restrepo by Sebastian Junger, not to mention the success of The Hurt Locker, we may be able to shake off Iraq War stigma. Side note: I have a feeling that Cane Toads: The Conquest in 3-D will be the most fun two hours I have in Park City. — AVC 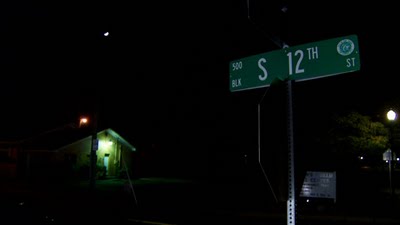 12th & Delaware. (pictured) Heidi Ewing and Rachel Grady. Documentary filmmakers Heidi Ewing and Rachel Grady are hardcore. Not only do they take on with their films some of the hottest of hot-button topics in today’s political and social discourse, they spend at least a year or two of their lives doing so. Theirs is not sober archival-footage-gathering filmmaking. They are in their subjects’ lives as they negotiate truces between their own progressive positions and the needs to honestly reflect these subjects’ belief systems. With this film, Ewing and Grady set out to document the daily life of a Florida abortion clinic only to discover, across the street, a pro-life center that draws unsuspecting pregnant women in for right-to-life counseling. It promises to be a film that might actually inspire debate across the reproductive rights/anti-abortion faultline. — Scott Macaulay

Bilal’s Stand, Sultan Sharieff. I know little about this Detroit indie, and I want to be anticipating at least one film I don’t know much about. From one trusted non-Sundance programmer colleague who has seen it I’ve heard great things about the film, the filmmaker, and the community drawn into supporting this tale about a Muslim teen trying to rise out of his working-class community. — SM

Utopia in Four Movements, Sam Green & David Cerf. Here’s the thing about Sundance — you can focus all you want on the big first weekend for-sale films, but in the last few years, with its New Frontier section, Sundance has also been a home for installation based and one-time only filmmaking events that you won’t see months later at your local multiplex. This year I am particularly excited to see Utopia in Four Movements, a “live documentary” about the utopian impulses of the 20th century and their current vanishing within our contemporary discourse. It’s been described to me as “part film, part lecture, part meditation and part concert.” Filmmaker Sam Green will present this project live, speaking over film and photographic images, while live music by T. Griffin and the Quavers is performed. There will only be two performances, so you are not guaranteed a chance to ever see this again. — SM 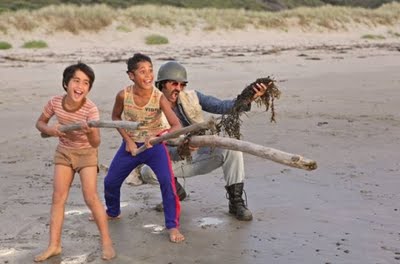 Boy, Taika Waititi. (pictured) New Zealand director Taika Waititi blended absurdity with charming characters in his 2007 Sundance entry, Eagle vs. Shark, which starred Flight of the Conchords deadpan genius Jemaine Clement. Waititi’s latest feature — a period piece set in 1984 about a young farm boy dealing with his incompetent, greedy father — sounds slightly more ambitious, but undoubtedly playful, good-natured and strange. A quick glance at the Sundance synopsis (“Boy comes face to face with an incompetent hoodlum who has returned to find a bag of money he buried years before. This is where the goat enters.”) tells you everything you need to know. Or does it? — Eric Kohn

Lucky, Jeffrey Blitz. Spellbound director Jeffrey Blitz returns to the nonfiction arena with this profile of lottery winners, an undoubtedly eclectic bunch. Given that Blitz’s last ensemble documentary was a major crowdpleaser, there’s no reason to assume he can’t replicate his recipe for success with another portrait of Americans looking to win big. — EK

Holy Rollers, Kevin Asch. The idea of Jessie Eisenberg wearing curly sidelocks as a Brooklyn Hasid involved in the 1970s-era ecstasy trade sounds downright silly, but it’s also just crazy enough to work. Eisenberg, in his still-young career, has made very few missteps; this feature, from first-time director Kevin Asch, sounds like it has breakout potential — as long as the religious humor isn’t overplayed. — EK

Animal Kingdom, David Michod. From celebrated Australian short filmmaker David Michod (Sundance 08’s Crossbow), his feature directorial debut could be the film that sparks more recognition for the amazing crop of short filmmakers (Luke Doolan and Rene Hernandez among them) emerging from Down Under. — Brandon Harris

Sympathy for Delicious, Mark Ruffalo. The feature directorial debut of one of the smartest actors working in the margins between hollywood and the indies, Mark Ruffalo’s film about a paralyzed DJ and the world of faith healing promises to be an indie rebirth for former studio It Boy Orlando Bloom. — BH