A SUNDANCE INDUCTION: PRODUCER RON SIMONS BLOGS FROM THE FESTIVAL 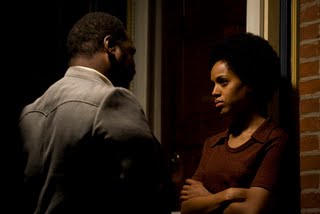 Well I am here!

The journey was not without its complications, but I’m here.

While the flight to SLC was not delayed (actually arrived 15 minutes early), there were a number of disgruntled passengers sharing the flight with me. While I was uncomfortably sleeping (having slept only an hour and a half last night due to packing), another poor soul was suffering across the aisle from me. Apparently the gray haired gentleman boarded the non-stop from JFK to SLC (4.5 hours) without his migraine medication. What made the scene ever more unfortunate was that he was also stricken with severe vomiting. Of course, I knew nothing of this being distracted by my fitful sleep as I was, until I made my way to “the euphemism” (a phrase coined by my friend Dennis for bathroom). It was en route that I noticed the unusually high number of passengers standing in the aisles and one particularly tall brother standing in the galley with the flight attendants. It was then that my fellow 6’5” passenger informed me that he was standing not because of the disproportionate amount of leg room to his height (as I had surmised outloud), but rather to escape the “projectile vomiting” just behind him. The poor sick fellow suffered through the entirety of the flight before emergency crews were able to retrieve him in Salt Lake City.

If he is a filmmaker here in Park City and perchance may read this: I wish you bountiful meds and hope your film sells for $10M!

Not yet out of baggage claim I started meeting fellow filmmakers. Producer of the documentary Freedom Riders, which I am very excited about seeing, walked up and introduced herself to me (really nice woman — now where did I put her business card?) Note to self: figure out a process for putting business cards in a safe place and write a note to help you remember these folks.

After much ado, I dragged my three pieces of luggage (don’t judge, I’m here for 10 days) with the help of my producing partner Sean Costello to the car and off to beautiful Park City.

For those who have not been to Utah this time of year, the landscape is an Ansel Adams print come to life. The never ending snow-capped mountains at the horizon, the clouds drifting over undulating hills combined with the crisp cold air is near about intoxicating. Arriving in Park City, I’m sure I was boring the group with my incessant “this place is amazing” and “this is a real winter wonderland” and “this should be on a postcard” comments about this sleepy yet upbeat feel of a town.

We found the film office easily enough (a barely recognizable ballroom). The room is aflutter with table chatter and bodies in motion. The number one priority seems to be getting tickets for the weekend premiers. I instantly felt like I was behind. I’d thought with the purchase of my SIO pass (a $600 industry pass that allows filmmakers to attend industry screenings — all except their own) I was covered, but quickly realized that I would miss all the industry screenings on Saturday and Sunday. I took a moment to sit and chill and realized everything was ok because I’d be here for the whole festival and could see all the films later in the week. What I hadn’t considered was the importance of attending the premiers. I haven’t quite figured it out yet, but I think it’s a good thing to be at premiers because “everyone who’s anyone” will be there — that is, good networking opportunities. Oops!

I appealed to our ever capable, wonderfully friendly Sundance coordinator Christi Wruck.

Ron: “Christi, could you help me get a ticket to the premier of Howl tonight?”

Christi: (laughing politely but quite genuinely amused) “Not even.” (I paraphrase here)

Everybody and their Momma had a ticket to that premier (it’s the first night of the festival after all) and although not everybody is in town yet, those who are here were buying up premier tickets like Oprah was gonna surprise everybody with a new car!

The rest of the day was a blur with amusing highlights such as:

* Getting a call from some woman who said she had my suitcase. We had indeed taken each other’s luggage. Note to everyone: put a luggage tag on your bag with your cell. I don’t think I could pull off a size 4 chiffon party dress at my premier.

* Getting word that my producer’s mom, our event coordinator and our post-production supervisor (who has one of only two copies of our film) are stuck in Phoenix til Saturday (did I mention our premier is on Saturday?)

* My director (Tanya Hamilton), my fellow producer (previously mentioned Sean) and I met with a rep from the Cannes Film Festival. She is meeting with filmmakers they are courting for consideration in her category of works by new filmmakers. Before you get impressed, know that they select only seven (7) films for inclusion and the last time an American film was one of that seven was 2005.

The night ended with the opening night party at the Park City Mountain Resort. Hot venue! A festive affair with great music, free drinks and food (incl Ben & Jerry’s Cherry Garcia ice cream bars! Hello?!). It was easy enough to get into, but took 20 minutes in line to get a beer. With that wait, everyone walked off with as many cocktails as they could carry.

Met lots of cool people there: Laura Newman, who worked on Gasland — the doc about the horrific environmental effects of gas drilling has on the nation’s aquifers (already on my list to see). Linda Walton, who is one of the actresses in Obselidia (which I hope to see this afternoon). And the oddly fascinating and immensely appealing Nao Bustamante, who is featured in a “Filmformance” (a combination of film and performance) at the New Frontier playing for four shows during the festival.

It’s Friday morning and I’d planned to go to the gym but just having finished writing, I now have to chat with my producer about press stuff for tomorrow, get to the film office to pick up my tickets to Obselidia and get in contact with several folk I was told I “need to meet with” while here. I got to find some coffee. — Ron Simons