WES ANDERSON IN CANNES AND NYC 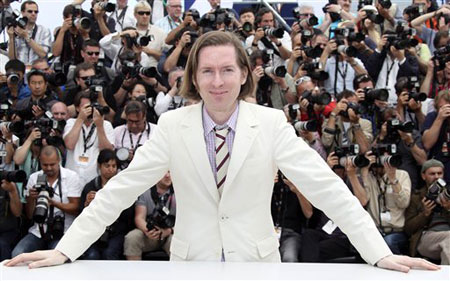 Wes Anderson, the cover star of the latest issue of Filmmaker, kicked off the Cannes Film Festival on Wednesday with his new film, Moonrise Kingdom, which opens Stateside on next Friday. (The estimable David Hudson, now operating at Fandor, collects the critical consensus on the movie here.)

If you, like me, are not on the Croisette this year, you can still get your Anderson fix via the Cannes website, which takes a special look at Anderson’s body of work through the prism of his use of pop music, collecting together clips from a string of movies plus an interview with Anderson.

And if you’re in New York, you’ll be pleased to know that today marks the start of the Museum of the Moving Image’s Wes Anderson’s Worlds. The 10-day season will screen all of the director’s features, plus has a special showing of Orson Welles’ The Magnificent Ambersons, a film that was a clear influence on The Royal Tenenbaums and which will have a (video) introduction by Anderson himself.