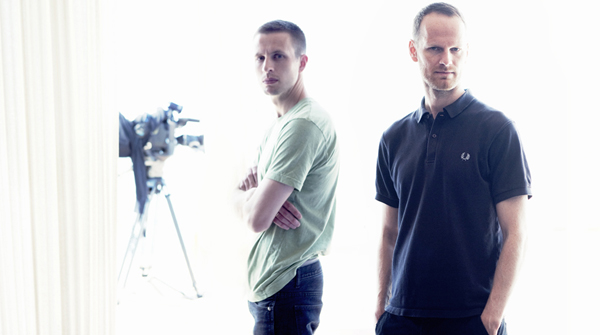 In March, Joachim Trier introduced his second film, Oslo, August 31st, to an enthusiastic audience at the 2012 Film Society of Lincoln Center’s New Directors/New Films series. The film focuses on Anders (Anders Danielsen Lie), a recovering drug addict who aimlessly roams the streets of Oslo trying to reunite with friends and family. Oslo, August 31st is a tremendous work featuring an intense yet understated performance by Danielsen Lie and exquisite cinematography by Jakob Ihre.

During the post-screening Q&A, Trier explained that with his latest film, he wished to portray Oslo as a character – a city in constant change filled with memories both beautiful and tragic. This is immediately evident in the film’s opening which features archival footage of the city cut together with actual accounts of people who live there. According to Trier, he used interviews he conducted with Oslo natives in which he asked them to begin with the phrase “I remember.” The result is both haunting and unexpectedly touching. Throughout the film, Trier introduces us to different aspects of the Norwegian capital, from the lush greenery of its parks to the ethereal beauty of early morning bike rides through the city – all gorgeously shot by Ihre. Much like Woody Allen’s Manhattan, Trier’s film serves as a love letter to the city punctuated by moments of both joy and sadness.

When asked about the casting, Trier stated that he chose Danielsen Lie (who he previously worked with on his film debut, Reprise) before he even began writing the script with co-writer Eskil Vogt. The knowledge that Danielsen Lie was involved at such an early stage in the process helps explain the incredible depth of his performance. A doctor and multi-talented artist in real life, Danielsen Lie brings a great deal of sensitivity to playing a man whose resourcefulness is laid to waste in the face of addiction. Trier explained that Danielsen Lie was so open to the role that he almost didn’t make it through the shoot if not for the unrelenting support of his girlfriend. Danielsen Lie’s level of dedication is certainly hard to ignore. With this performance, he proves to be one of the most extraordinary actors of his generation.

Towards the end of the Q&A, an audience member asked Trier about one scene in which Anders sits down in a café eavesdropping on customers, one of whom is a little girl reciting an extensive wish list. Trier stated that he came across a blog about 50 things people want to do before they die. Trier explained that he was so touched by one list that he invited its author, the little girl, to participate in the film. When he filmed the scene, Trier wondered to himself whether he was making “Malick or Teletubbies.” The scene is undeniably humorous but equally tragic as it conveys the reasons for Anders’ despair – the failure to meet his own unreasonably high expectations of life and himself. This is further displayed in a scene in which Anders attempts to play a Handel composition on piano. Trier explained that this scene best exemplified the tragedy of Anders’ character. Through his frustration over not being able to play the piece perfectly, Anders displays his inability to accept the imperfect nature of life. His failure to take life in stride ultimately proves to be the catalyst for his demise.