The Blue Velvet Project: Detour Into a Dissolve

by Nicholas Rombes
in Columns, Filmmaking
on Jun 6, 2012

By the 1830s, he [Henry Langdon Childe] had developed and perfected the [magic lantern] technique of ‘dissolving views,’ in which one picture faded out as the next one faded in. The images were aligned on the screen and the light remained a constant intensity, creating a smooth, gradual transition. This permitted a wide variety of effects that had not previously been possible. (From The Emergence of Cinema, by Charles Musser, University of California Press, 1990.) 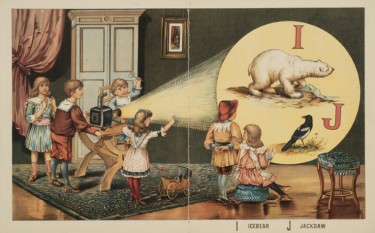 A dissolve is the superimposition of a fade-out onto a fade-in, achieved by reversing and them re-filming using film that has already been used once. [George] Méliès first used this technique, which originated in magic lantern displays, in the late 1899 Cendrillon (Cinderella), and then frequently thereafter to link scenes in multiple-shot films. From the beginning, the dissolve was usually not used for trick effect, but rather to create a smooth transition from one scene to the next . . .

Méliès’s use of dissolves from 1899 seems to have been, to a certain extent, a reaction to this practice, a way of gaining more authorial control. [Richard] Abel points out that ‘the dissolve seems to have had an important secondary function for Méliès—to restrict exhibitors from making alterations in the length and order of shots in the prints they purchased from him. (From Georges Méliès, by Elizabeth Ezra, Manchester University Press, 2000.) 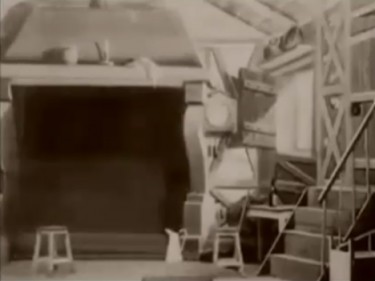 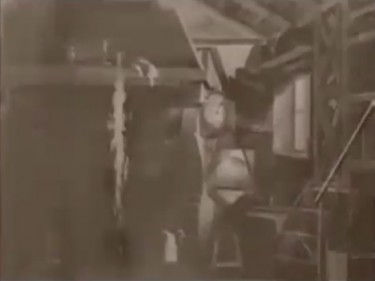 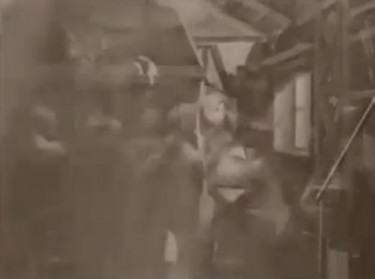 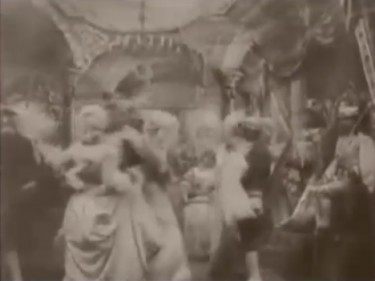 The dissolve in Blue Velvet from the hospital room where Jeffrey’s father is confined and the close-up of the police car siren light lasts only around one second, barely enough time for us to register that it is Jeffrey’s Aunt Barbara whose face is preserved (like some prehistoric insect in trapped and preserved in blue amber). There are facts, theories, hunches. Here are frames from pre-dissolve, dissolve, post-dissolve:

1. The multiple shades of blue in Blue Velvet, meshing at this moment.

2. Aunt Barbara (Frances Bay, who plays a figure of mystery and terror in Twin Peaks: Fire Walk With Me) emerges in this frame as the true “blue lady.”

3. Jeffrey’s father’s face occupies, like some weird, doll-like figure of terror, the small oval illuminated in the left quadrant of the frame.

4. The overlapping temporalities of the dissolve present an impossibility, as both the present and the future exist momentarily at the same time. Jeffrey is–simultaneously–in the hospital room and in his car approaching Sandy’s house.

5. The dissolve hearkens back to cinema’s origin in magic and its time-bending power to depict multiple levels of reality at the same time. It seems fitting that physicists are now beginning to probe even deeper into the fabric and flow of time which, according to Brian Greene and others, may be an illusion, a seduction, a perpetual magic-lantern trick.