It Was the Aughts, And I Went to the Movies

Summer Hours, taxi to the dark side, The Hurt Locker

It was the aughts, and I went to (and made a few) movies. I did it mostly for pleasure, sometimes for distraction, often to see what others thought of the wild world around us; by the end, I did it simply because it was the only way I saw fit to make a living (sort of). It was a bell curve of sorts, a graph of this burgeoning obsession, this ecstatic object of study, of debate, of joy. 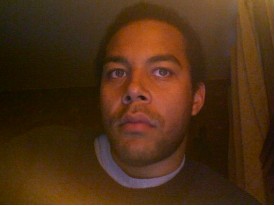 By the middle of the decade, I was watching somewhere between three hundred and fifty and four hundred movies, old and new, each year, often alone on big energy eating screens, my carbon footprint be damned. I see a little more than half that number these days and surely saw about half that number back in 2000. When I reflect on it now, on this decade “from hell” as Time Magazine recently put it, I wonder what forces of early century American life drove this profound and insatiable passion of mine into something that could be described as a rote professional obligation. It couldn’t have just been debt (student, credit card) and the widespread mediocrity that I was one of the few privileged surveyors of. Hey, at least I still had something I could refer to as a job.

On a March night in 2001, when I turned my TV off in frustration as Michael Douglas announced that Gladiator had beaten Traffic for the best picture, I knew being disillusioned might be on its way to becoming my default psychological state. It had only been four months since I had gone to bed one night with Al Gore comfortably ahead of votes in Florida and awoken to find that George W. Bush had been elected President and only three months since the Supreme Court decided that we should stop counting votes. I was already getting prepared for a brave new post millennial world; I had decided I was an atheist (a stance I no longer sustain) with a blond Afro in the middle of my Catholic school years. I had stopped playing football and started reading DeLillo and Pynchon, making the points Michael Lewis’ Moneyball did years before it came out as I watched economic inequity take over nearly every aspect of American life, even my beloved hometown Reds. I attended the movies as some did mass, nearly everyday, writing about them with equal fervor, noticing beauty and truth in the best of the products themselves, subterfuge and deceit in the making, marketing and categorizing of them (this held true for almost everything else Americans produced to). I don’t think I saw a better movie in the year 2000 than Traffic (no matter that it was shot on some of the very streets I used to hang out and do drugs on in Cincinnati), although Edward Yang’s Yi-Yi, Christopher Nolan’s Memento, Tom Tykwer’s The Princess and The Warrior, David Gordon Green’s George Washington, James Gray’s The Yards and Darren Aronofsky’s Requiem for a Dream were damn close. Of course, I didn’t see Wong Kar-Wai’s In The Mood for Love for another year. Regardless, even though Traffic apparently had the best editor, screenwriter, supporting actor and director of the year, in the eyes of a gross receipts obsessed magic machine know as the mainstream American film industry, Gladiator was the best company town product. I knew we’d still be fighting a hopeless, financially devastating, morally hazardous drug war by the time I was a real film critic. I also knew my tastes and opinions, already diverging from my more Conservative and force fed peers, might get me somewhere if I just figured out how to record them with honest empiricism and eloquent thirst for truth.

Of course, since by decade’s end six hundred or so films were coming out onto commercial screens large and small, most unnoticed and uncared for, even though I was getting paid (occasionally) to write about films, I was clearly no expert on what was happening out there and neither were you. Why were so many people making so many independent movies when the public at large wasn’t going to see or hear of the broad majority of them? Was it just the democratization of the tools? Was it the heady times of easy credit and oligarchs waiting to believe in a dream? Surely not. Most of these films were not being shot by groups of teenagers, or octogenarians or Haitians or Ohioans or some other unlikely, newly empowered cohort with PD-150s (first half of the decade) or HVXs (second half). The oligarchs were still, by and large, not making their money back. I’m still asking the same questions I was a decade ago, when I was but a sixteen year old aspiring filmsomething; how do I get $200,000 to make a movie? Once I do that, how do I get anybody to watch it? I’m sure many of you are asking these same questions. Many of you already have it figured out. And despite all the tragedy and hardships that this decade held, we all kept going. We kept believing in dreams.

But whose dreams? What movies were not being made? What were (and are) the structuring absences of American cinema in the aughts? What did all of this say about what was happening to our Country? Why is a film like John Lee Hancock’s The Blind Side embraced and Ryan Fleck and Anna Boden’s Sugar undervalued, Lee Daniel’s (woulda, shoulda been Geoff Fletcher’s) Precious championed and Tiny Mabry’s Mississippi Damned ignored by the mechanics of the movie distribution system and the gatekeepers of the media apparatus, only for audiences to submit to the easy charms of mass marketed films while objects that more accurately and delicately reflect their experiences get pushed aside? Quirky, upper middle class (Caucasian) family dramedys were everywhere, spurred on by the great, long tail success of Wes Anderson’s The Royal Tenenbaums, but somehow the devastating portraits of the real cultural, economic and ideological divides tearing our families’ (and our Countries’) fabric apart, like Laura Poitras’ Flag Wars oR Phil Morrison and Angus Maclachlan’s Junebug were getting lost in the shuffle. That Junebug and Sugar were both distributed by Sony Pictures Classics yet couldn’t find any significant foothold in the marketplace suggests that even when the real indie pros get a great, canon worthy Amerindie, they don’t know what to do with it, how it get it out into the cultural conversation ahead of Tiger Woods whores or the last days of Jacko.

Although we might not agree on which ones, we all know that there were some truly wonderful movies. Too many were made for their not to be! But whoever heard of The Smith Brothers’ The Slaughter Rule? How many people saw Lynne Ramsay’s Morvern Callar or Ronald Bronstein’s Frownland theatrically? Long live Robinson Devor’s Police Beat… in obscurity. Could these films ever speak to mass audiences? If there such special works, why can’t they? If they truly can’t, then what does that say about mass audiences and by extension, our entire citizenries’ capability of decoding a century old visual language? Our schools teach people to read (just barely), but not to watch, an activity that is the first thing we consciously begin to do, one that shapes much of our biases, our reasoning capacity, the rhythm of our lives, an activity that the most fortunate of us never stop doing until we die. You’d think primary and secondary, but especially high schools might pay more attention to it when many American children watch as much as six hours of TV a day. I know I used to. Look how I turned out.

Cinema is alive and well in 2010, but it’s the world that’s not and cinema’s health cannot be considered independent from it. No wonder prominent movie producers now frequently tweet about their desire to do the impossible; produce a narrative film, an incredibly energy and waste intensive process, in a “green” manner, an environmentally friendly way. Yet the mere implication that such a thing can be done is to, as so many of our best, most essential movies this decade did, embrace the high stakes of the age we live in, that refused the intellectual and emotional complacency that Hollywood, Indiewood and Mumblecore largely offered us. Of course they were mainly documentaries (Carl Deal and Tia Lessin’s Trouble the Water, Charles Ferguson’s No End in Sight, Chris Smith’s Collapse). Yet for every regrettably conceived and manufactured cycle that surfaced and thrived during the decade (the Bromances of Judd Apatow or the torture porn vehicles of Lionsgate for instance) there was an anomaly that presented a breakthrough of honest aesthetics and critical thought (Kelly Reichardt’s Old Joy, Errol Morris’ Standing Operating Procedure). So, at least for now, I’m keeping hope alive and my exhaustion in check, readying myself for a brave new world once again.

50 essential movies of the aughts according to yours truly — some widely known, some not — off the top of my head: