JENNIFER FOX: “IF I HAVE A CHOICE, I ONLY WORK WITH WOMEN” 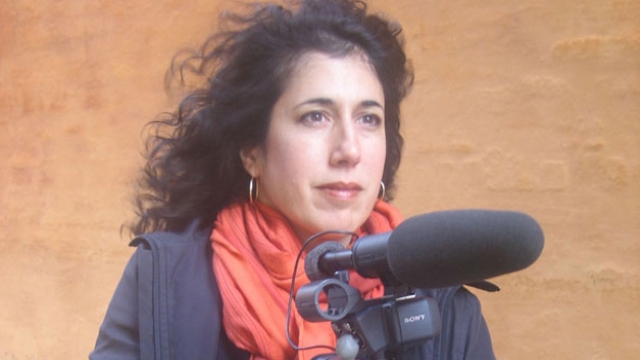 To mark the 25th season of POV (which kicks off tonight), Filmmaker organized a conversation between two of the PBS doc series’ alums, Jennifer Fox and Cristina Ibarra, which we’ve been running all week on the site.

At the end of a wide-ranging discussion, the topic of women in film came up, and specifically the huge disparity between the numbers of men and women working in the industry today. Fox — whose movie My Reincarnation opens the POV anniversary season tonight — had strong, impassioned words about her feelings on the situation:

I have to say, the older I get the more and more political I get about the fact [that there are so few women in film]. To the degree that, if I have a choice, I’m going to only work with women. I mean, of course that won’t happen. I was at Cannes a few weeks ago and of course there were no women directors in competition and the head of Cannes said something inane about that like, “Well, there were no good films directed by women this year.”

…[A]t Cannes we were talking about this new project I’m doing and I was talking to this female Swedish producer about who we want to bring on to the team. …[S]he said “You know, Jennifer, let’s try to have all women producers because there’s just something about getting to the end of the line and standing up there on stage [at the premiere] with all women.” It matters. It matters.

While Fox’s comments may initially seem extreme, her argument — that it’s up to women to fight to redress the gender imbalance in film — is a very compelling one.

You can read her thoughts in full here, and I’d be very interested in your own particular take on this topic, so please share your opinions in the comments section below.