The Cult Appeal of the Creative Capital Retreat 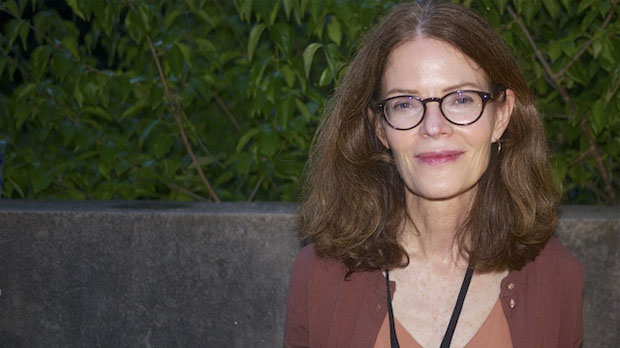 by Scott Macaulay
in Festivals & Events, Filmmaking
on Aug 2, 2012

“Creative Capital is a cult,” said Phillip Andrew Lewis at the end of his presentation at the art funder’s semi-annual retreat this past weekend at Williams College in Williamstown, MA. “But it’s a good cult.”

Lewis’s was both a good line and an appropriate capper to his presentation, which shocked right from the outset. The installation artist began his talk by saying he had been held captive as a child for two years within a radical drug treatment program sponsored by the U.S. government. “I consider my work a form of deprogramming,” he told the stunned audience.

For the record, Creative Capital is not a cult. Founded in 1999, it is a non-profit granting and artist development organization that gives project-specific awards to artists working in film and video, visual arts, literature, performance and emerging fields. Created at the start of the dotcom boom — and following the National Endowment for the Arts’ withdrawal from individual artist funding — Creative Capital, in the words of its indefatigable executive director, Ruby Lerner, “borrows relevant aspects of the venture capital model,” awarding not just money but also professional development services. This year Creative Capital gave 46 artists (out of a record 3,246 submissions) awards up to $50,000 each — funds augmented by another $40,000 worth of additional funds and services as the projects are created and released into the world. Said Lerner at the retreat, “Creative Capital supports the project, the person, the community and the public.” The retreat was also, this year, a fundraising marathon. Observing that some people incorrectly think that Creative Capital operates with a large endowment, Lerner challenged retreat attendees to raise $50,000 by the weekend’s end. That mark was surpassed in 24 hours.

Lewis did have his finger on something, though, because if there’s ever a moment when Creative Capital takes on aspects of not just a tech start-up but, well, a cult (albeit a good one) it’s at its retreat. Bringing grantees and consultants to a remote location (the relatively depopulated campus of Williams College in the summer), the weekend is a packed, deeply immersive experience where both artists and guest consultants are inducted into the Creative Capital mindset, which Lerner described to me, half-jokingly in a 2009 interview, as akin to “a relationship with a high-maintenance spouse.” (“It’s not for everyone, she quipped.”) Indeed, the first day is a doozy. Scheduled for 14 hours, including meal breaks, it consists mostly of artist presentations — a series of seven-minute sessions in which artists discuss their Creative Capital projects in front of the 300 or so attendees. They talk, show slides, sometimes sing, and, in the case of Ken Jacobs, hand out film strips to view their abstract imagery through. And they end with an “ask” — what they need to realize their projects. This year those “asks” were a highly varied list, including access to the 103rd floor of the Empire State Building, an introduction to a movie star, a security team for the filmmaker and her mother, a Super Bowl spot and David Lynch’s phone number. At other times during the weekend, artists attend panels on various topics related to sustaining a career as a working artist as well as meet one-on-one with consultants from their discipline.

While most contemporary art events are discipline-specific, Creative Capital demands that the attendees of its retreat watch all of the presentations, making the weekend for me not just a primer on a new round of film and video artists but also those working in performing arts, visual arts and emerging fields. Themes that cut across the various disciplines this year included the use of data and data-aggregation techniques by artists; an interest in various aspects of the “post-human”; science-fiction as a means of contemplating the present; and travel, both in terms of stories taking mostly American characters to foreign lands as well as physical artworks accruing their meaning by virtue of their own travel around the globe.

Here are several of the projects that I discovered at Creative Capital this year interspersed with some snaps of the artists and other attendees:

Random Forces, Stacey Steers. I want a video of Steers’ presentation to refer back to the next time I need to do a short public speech. Succinct, informative and engaging, Steers’ talk began with excerpts of her earlier work, segued into a discussion of how and why that work has changed over the years, and ended with her recent and exquisite collage animation, which borrows from early cinema and is sometimes shown within installation and sculptural contexts. Most Creative Capital presenters stuck to a discussion of their current project, but by referencing earlier work, Steers impressed by guiding the audience through the evolution of her process.

The Language of Forgetting, Kerry Tribe. A long-format experimental film work by artist Kerry Tribe, The Language of Forgetting uses the neurological condition of aphasia to probe issues surrounding communication and meaning in filmed media. Tribe will collaborate with aphasic patients to produce a work containing “cognitive dissonance” arising from the disjuncture between the subjects’ inability to link referents and signs and our expectations of the documentary interview format.

Surveillance Suite, James Coupe. Exploring issues involving technology, public space, and our eroding privacy rights, James Coupe’s installation work uses surveillance cameras and computer mapping to digitally suture the faces of museum-goers into a series of short films that these same viewers will encounter as they move throughout the piece. It’s described as “a feedback loop between fiction and reality,” and one that cleverly plays with what is, sadly, our now naive ideas about privacy while out in public. 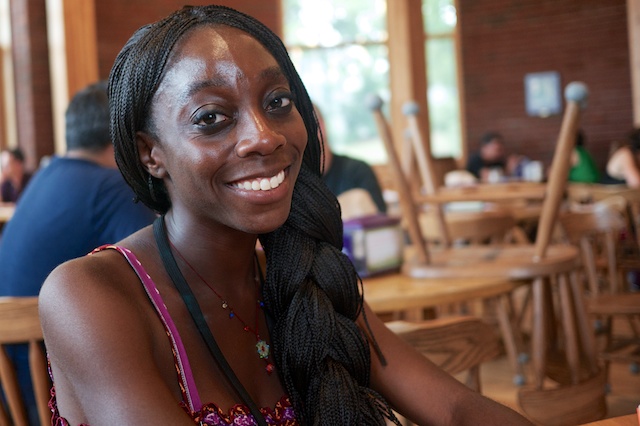 Black Sunshine, Akousa Adoma Owusu. The debut feature from this Virginia-based experimental filmmaker, Black Sunshinemixes fictional and documentary elements in its tale of an albino girl in Ghana and promiscuous hairdresser mother. As part of her presentation, Owusu discussed how albinos are “chastised, ridiculed and killed” in parts of Africa due to their skin color.

No More Road Trips?, Rick Prelinger. No More Road Trips? finds the veteran documentary filmmaker and archivist drawing from decades of footage to create a kind of meta road movie, one that both time travels and questions the politics and romantics of the American urge to roam.

The Cowgirl Way Society, Catherine Herdlick. “A transmedia game about cowgirl folklore,” this project from former Gamelab director of production invites participants to “adopt various — sometimes even opposing — roles, such as athlete, beauty queen, rustler, judge, arbiter, audience, adversary, collaborator or gambler in the name of advancing their well meaning but cultish society.” I’ll confess to not entirely getting how all this will play out, but it seemed really cool.

Cam Archer. Strange Waves was the title of “25 New Face” filmmaker Cam Archer’s Creative Capital project, but he began his engagingly self-reflective presentation by announcing that he has abandoned the project in favor of a new documentary and an effort to rid his work of his previous style and the imprint of his personality. Archer drolly deconstructed his past work, illustrating its various tropes and repetitions via screen grabs from his short films through his more recent feature, Shit Year. How much Archer’s tongue was in his cheek was a topic of discussion afterwards, but he delivered his presentation with energy and sincerity, making all of us wonder where this fascinating artist will head to next. 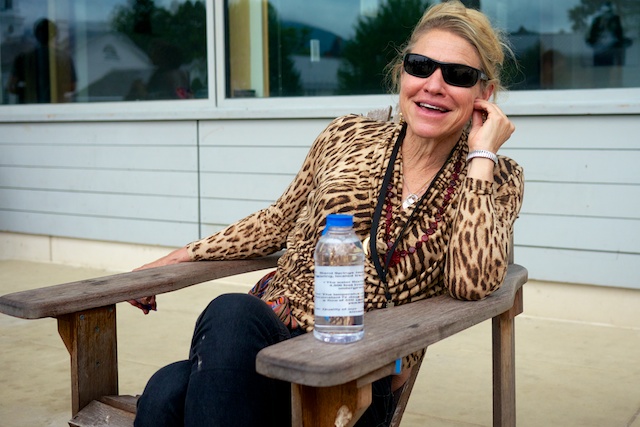 Heatstroke, Nina Menkes. Menkes’ latest feature, Heatstroke, is described as “an existential murder mystery about two sisters: an American movie star and a diplomat’s wife stationed in Egypt.” Menkes showed shots from her previous work as well as other films that inspired her, and knitted together for us her themes of alienation, trauma and dislocation.

Leviathan, Lucien Castaing-Taylor and Verena Paravel. “A multi-media project about men at sea and fish on boats,” Leviathan is, for Castaing-Taylor, the follow-up to the acclaimed documentary Sweetgrass (made with Ilisa Barbash), and for Paravel, the follow-up to her also heralded doc, Foreign Parts. The film is a sensory, semi-fictionalized journey through not only the ocean but history, and the filmmakers ended their presentation on an intriguingly eerie note, pointing out the ghost photography they’ve discovered within their frame grabs.

The Illinois Parables, Deborah Stratman. I’ve admired Stratman’s work for some time, and this project seems really fascinating: “an experimental documentary combining a series of regional narratives questioning the roles that doubt and mysticism play in social ideology.”

12 Ballads for Huegenot House, Theaster Gates. In his work, artist Theaster Gates brings together sculpture, urban planning, and for this Creative Capital presentation, music. He started by singing econ-crisis blues: “They tried to take my daddy’s building under eminent domain.” For Gates’ project, the artist will collaborate with a team of laborers who will help him salvage materials from a Chicago building marked for demolition. Those materials will then be transferred to Kassel, Germany, where they will be used in the restoration of a hotel to be used as a venue for Documenta 13. 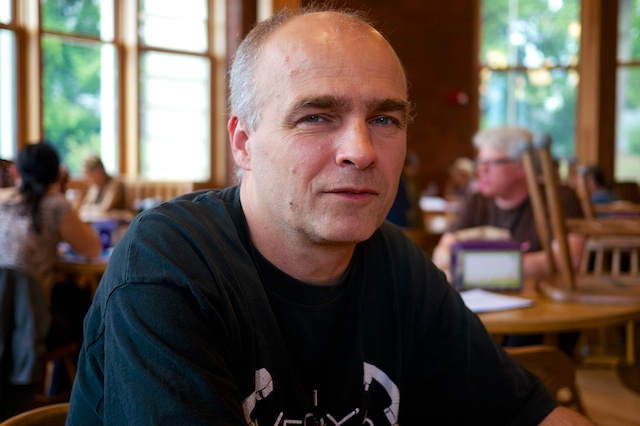 Synonym, Phillip Andrew Lewis. I mentioned Lewis’s project above. Here’s how it is described in the catalog: “From 1989-91, Phillip Andrew Lewis was held against his will inside an unmarked building as part of an experimental treatment program for drug rehabilitation. This government program used extreme methods of sensory deprivation and systems of control, while employing cultic methodologies…. Lewis plans to recreate the eperience through installation, photography, sculpture and video. The Synonym project will reconstruct specific environments based on the now-defunct organization, whereby through immersion the viewer becomes a participant.”

We Build Excitement, Jesse Sugarmann. We Build Excitement was easily the loopiest project at the retreat. “For the last three years, my primary medium has been the car accident,” Sugarmann said by means of explaining a sprawling project built around the collapse of the Pontiac brand and that business failure’s melancholic commentary on not only the American auto industry but also the American imagination. His project will recreate a Pontiac dealership and travel it to Pontiac, Michigan. Also part of the work are giant car-crash sculptures and car-crash dances, in which Sugarmann choreographs his performers to the movements a car-crash victim experiences. After J.G. Ballard’s Crash, I didn’t think there was much left to creatively explore in the subject of the auto accident. I was wrong.