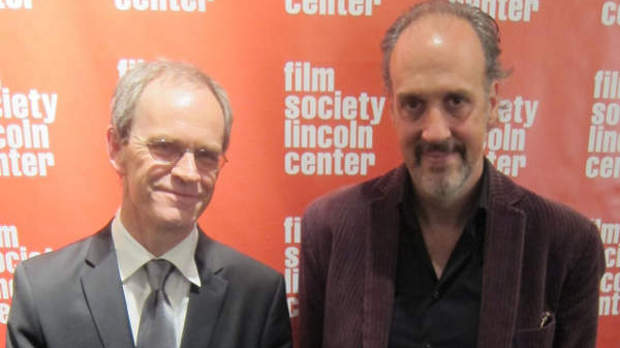 The Film Society of Lincoln Center has announced Robert Koehler and Kent Jones as the replacements for longtime Program Director Richard Peña. Film Society Executive Director Rose Kuo said, “Richard Peña has played a fundamental role in defining our organization and its commitment to discovering and supporting the best and most important cinema in the world. Kent Jones and Bob Koehler, whose thinking and writing about cinema I deeply respect, are the perfect team to build upon Richard’s vision and carry it forward.” Peña will be honored at a Gala Tribute during this year’s New York Film Festival.

Jones, who was a part of the Film Society of Lincoln Center from 1998 to 2009, will be returning to helm the New York Film Festival. Jones said, “The New York Film Festival has always been a beacon to me—when I was young and pouring over the yearly schedule in the Sunday Times, when I moved to New York in my 20s and started to actually attend the festival, and later when I served on the selection committee. It means a lot to me to be entrusted with its stewardship after Richard Peña, to whom I owe a lot—I’m far from alone on that count. I’m excited to be working with Rose Kuo, with Bob Koehler, with Scott Foundas, with Gavin Smith, with Marian Masone, and with the whole team at the Film Society, many of whom are old friends and work colleagues. We’ll be working together to keep our part of cinema culture alive and thriving.”

Meanwhile, Variety critic Koehler is bringing his experience from AFI Fest in Los Angeles to New York in order to handle year-round prgramming duties at the Lincoln Center. He said in a statement, “I’m delighted and honored to join the country’s finest cinema presentation organization, especially at a time when it is embarking on a new, exciting and innovative chapter in its great history.”

Anne Tennenbaum, Film Society board chair, noted, “With Kent stewarding the New York Film Festival—which celebrates its 50 anniversary this month—and Robert overseeing the varied and expanding needs of our growing organization, we are primed to move forward and meet the evolving demands of the future of film. We are thrilled to welcome them both.”