A Look Back at Independent Film Week 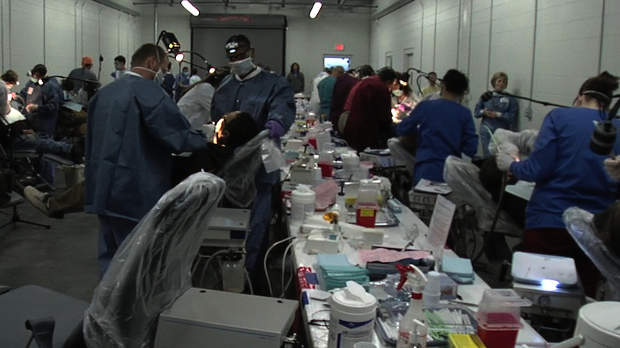 by Farihah Zaman
in Festivals & Events, Filmmaking
on Oct 3, 2012

It often feels as though a solid 75% of film industry members that I meet in New York have filtered through the IFP at some point; as a long ago employee, intern, or volunteer, or as a patron of the film market, which has gone by various aliases over the years. These days it falls under the umbrella of Independent Film Week, which I had the opportunity to attend this year as my film Remote Area Medical—which my partner Jeff and I are deep in the process of editing—was accepted into the Spotlight on Documentaries section. As I proudly told anyone who would listen, I, too, passed through the hallowed halls of the IFP, having worked as the No Borders Coordinator back in 2008 (Another fun fact: Filmmaker Magazine editor Scott Macaulay was actually an attendee of the No Borders program that year as the producer of a participating project – it seems everyone wears a lot of hats in this business).

The four years since I was involved with IFP feel like an era. That year’s conference was not held at the sleek and spacious Lincoln Center, but, having suddenly been booted from a Puck Building under construction, at the Fashion Institute of Technology. School was very much still in session; we were constantly surrounded by late-teenage students who reeked of creativity and trying too hard. No Borders meetings took place in the school’s gymnasium, as did Spotlight on Docs meetings, with the thinnest of curtains drawn between the two. Something about the acoustics of a gym automatically makes everything feel a little bit like a sporting event, which in a way it was. A long-ass marathon.

The online meeting database (created by the amazing Mitchell Micich) had some of the limitations of the time; for one thing it was not accessible outside of the office. This meant a lot of manual inputting and none of the cute, easily altered computer generated schedules we filmmakers received this year. I would spend the end of every day of the market slumped over in a corner with my jaunty Kiwi intern, running through printouts of hundreds of meetings, searching for discrepancies until cross-eyed, making changes by hand and lightly pressuring some industry vet to take on more meetings because a filmmaker had flown all the way from Brazil or Iran or, hell, Milwaukee, and we just knew that some films have a harder time conveying their greatness on paper. Some films need, and very much deserve, an advocate, and if that meant thirty minutes more of phone calls, spreadsheets, and white out, well, it was worth it.

All of which is to say that if you have ever attended Independent Film Week, and the market in particular, the invisible efficiency (not to mention quality content) is made possible by human beings, not magical elves. Tired human beings. No matter how tired you may be as a member of the industry, jumping right off the plane from Toronto, perhaps, right on the verge of a cold and smelling of stuffy cabin air; no matter how tired you may be as a filmmaker, wondering how to keep your pitch impassioned and fresh when it has become stale even to your ears, and sick of the sound of your own voice, these people are more exhausted than you can possibly imagine. And after the event itself ends they spend the week afterwards reliving the experience, analyzing the several months-long process, in order to plant the seed for the kinds of improvements I noticed between 2008 and 2012. I try to remember this in those trying moments—like when I’m approaching the fifth meeting of the day and Jeff has suddenly gone catatonic, most likely from the blood sugar spike caused by compulsively consuming too many free Luna bars.

While the workings of the modern Independent Film Week seem simpler to manage to me, I know that this is only because the staff must be making it appear to be so. Every year brings its own series of challenges, issues, and the occasional disaster. I remember missing a crucial message from an industry representative regarding her very good reason for being unable to attend meetings for the day, then calling her to inquire sternly about her tardiness, only to hear the hurt, confused voice at the other end of the line say her mother was gravely ill. Five minutes later I contacted another latecomer, who informed he was actually in an ambulance on his way to receiving an emergency appendectomy. Even as I type this, fresh waves of mortification roll over me. Had I not experienced the organized frenzy firsthand, however, I would never have guessed the impenetrable dam each IFP staffer was to the gushing flow of crushing responsibility just beneath the surface.

Just two years before accepting the IFP job, I had spent some quality time at Independent Film Week’s Puck Building iteration on the other side of the table, hearing pitches from filmmaking teams as a representative of the Magnolia Pictures acquisitions team. I seem to have quite accidentally reached some holy trinity of IFW; pitcher, pitchee, and organizer. So believe me when I say, Independent Film Week, the jewel in IFP’s crown, is looking pretty damn shiny from every angle.