Today’s has been one of those days when juggling the demands of a festival and work back at the office is the big challenge.  Particularly tough when the office is on a different time zone and you wake to a jammed Monday morning inbox that needs clearing before the day starts here in Austin!

But that’s the joy of working in teams if you keep communication and delegation going in clear and effective ways.  My business partner Gavin and I caught on up a video Skype chat and went through everything we needed to cover, fellow producer Vanessa went with our director Alexandre to a panel he was on this morning, then Kerry Roy and I split down meetings with festivals and distributors that are (happily) stacking up.  When it works, it’s great!

The rest of the day was more meetings and lots of press interviews for Alexandre.  There’s a building interest from distributors and so we’re building an overview of our options on the film which is a good feeling. I really wanted to see my fellow bloggers’ film CANAL STREET MADAM.  I got my express ticket from the Convention Center and was served by a pair of identical twins.  I had to check with them that’s what was happening as I thought I was hallucinating with tiredness for a minute! 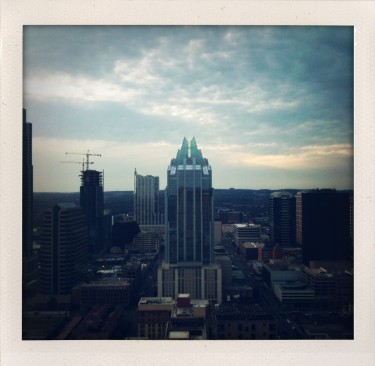 However, the perils of multiple meetings and time management meant that I didn’t make it down to the theatre in time – they were packed out which was great for them! – and so I caught up with a bit of work and then made it over to their party.  The reception was in a penthouse in the Hilton just across from the theatre, and had an amazing view of Austin, and it was full of the great and good of the US indie scene so it was nice to catch up with some filmmaker and programmer pals there.  I’m looking forward to catching the film later this week and heard great things from those that did see it. 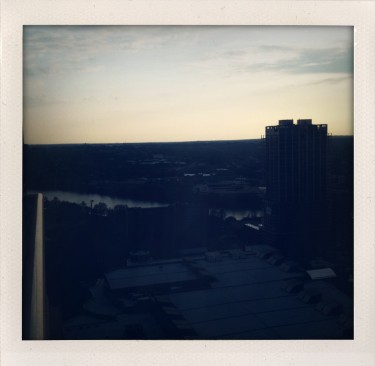 I can’t believe last day of film portion of the festival tomorrow!  We have our screening at the Paramount to look forward to – a big theatre to fill, so here’s hoping we get as good a turnout as we did at the Alamo Lamar.  Will it be the same without roaming Stormtroopers?  We’ll see tomorrow…