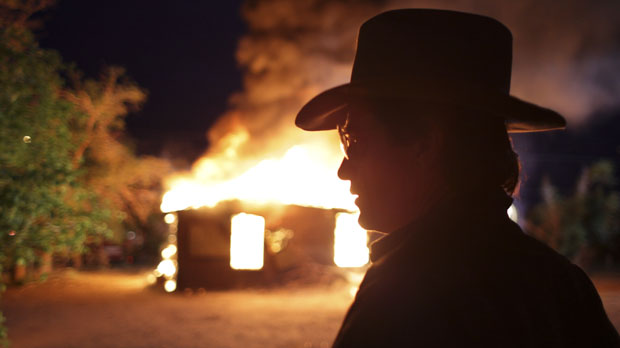 Today is round two of the Sundance announcements, comprised of Spotlight (notable festival films that premiered in 2012), Park City at Midnight (midnight movies) and New Frontiers, the experimental strand of the fest, which includes both films and installations.

We now have a few days to parse the program announcements from the past two days, and the lineups for the Premieres & Documentary Premieres and Shorts sections will be announced Monday and Tuesday of next week.

Regardless of where these films have played throughout the world, the Spotlight program is a tribute to the cinema we love.

The Gatekeepers (documentary) / Israel, Germany, Belgium, France (Director: Dror Moreh) — Since its stunning military victory in 1967, Israel has hoped to achieve a long-lasting peace. Forty-five years later, this has yet to happen. Six former heads of Israel’s Secret Service reflect on the successes and failures of the “peace process.”

Stories We Tell (documentary) / Canada (Director: Sarah Polley) — Sarah Polley is both filmmaker and detective as she investigates the secrets kept by a family of storytellers. She unravels the paradoxes to reveal the essence of family: always complicated, warmly messy and fiercely loving.

From horror flicks to comedies to works that defy any genre, these unruly films will keep you edge-seated and wide awake. Each is a world premiere.

Hell Baby / U.S.A. (Directors and screenwriters: Robert Ben Garant, Thomas Lennon) — An expectant couple moves into the most haunted fixer-upper in New Orleans – a house with a demonic curse. Things spiral out of control and soon only the Vatican’s elite exorcism team can save the pair – or can it? Cast: Rob Corddry, Leslie Bibb, Keegan Michael Key, Riki Lindhome, Paul Scheer, Rob Huebel.

In Fear / United Kingdom (Directed and story by: Jeremy Lovering) — Trapped in a maze of country roads with only their vehicle for protection, Tom and Lucy are terrorized by an unseen tormentor exploiting their worst fears. Eventually they realize they’ve let the evil in – it’s sitting in their car. Cast: Alice Englert, Iain De Caestecker, Allen Leech.

The Rambler / U.S.A. (Director and screenwriter: Calvin Lee Reeder) — After being released from prison, a man known as “The Rambler” stumbles upon a strange mystery as he attempts the treacherous journey through back roads and small towns en route to reconnecting with his long-lost brother. Cast: Dermot Mulroney, Lindsay Pulsipher, Natasha Lyonne, James Cady, Scott Sharot.

Fat Shaker / Iran (Director and screenwriter: M Shirvani) — An obese father and his handsome, deaf son share extraordinary experiences in Tehran. Then a beautiful young woman upsets the balance of their relationship, forcing them to renegotiate their position with each other and the world around them. Cast: Levon Haftvan, Maryam Palizban, Hassan Rostami, Navid Mohammadzadeh.

Halley / Mexico (Director: Sebastian Hofmann, Screenwriters: Sebastian Hofmann, Julio Chavezmontes) — Alberto is dead and can no longer hide it. Before surrendering to his living death, he forms an unusual friendship with Luly, the manager of the 24-hour gym where he works as a night guard. Cast: Alberto Trujillo, Lourdes Trueba, Hugo Albores.

The Meteor / Canada (Director: François Delisle, Screenwriter: François Delisle) — Forty-something Pierre, his mother and his wife are linked by crime, guilt and loneliness. Like casualties of love and desire, they are dying to stick their heads above water and breathe the air of life. Cast: Noémie Godin Vigneau, François Delisle, Laurent Lucas, Brigitte Pogonat, François Papineau, Andrée Lachapelle.

AntiVJ artists Yannick Jacquet and Marc Ferrario blend painting with light projection to transform the walls of New Frontier into a luminous, three-dimensional cityscape that feels strangely familiar yet impossible to locate. With its disorienting sense of time and space, Cityscape 2095 places spectators on the observatory deck of a skyscraper, where they take in a sprawling, imaginary city as it glitters over the course of one day.

Inspired by the first collaboration among the international science community to witness the celestial transit of Venus in 1761, Lynette Wallworth’s visually stunning Coral: Rekindling Venus is an augmented-reality and full-dome planetarium presentation designed to nurture an emotional connection between a global audience and the planet’s endangered coral reefs. This epic project features original deep-sea photography, augmented-reality artwork and music by Antony and the Johnsons. Presented at the New Frontier venue in Park City, Salt Lake City’s Clark Planetarium and other locations nationally. Details to be announced.

Rap artist Yung Jake is Net art incarnate, flowing lyrics about tweet culture, data-moshing, hashtags, and memes as he blows up on Twitter, YouTube, Tumblr, and Instagram in his HTML5 music video, E.M-bed.de/d. This MC drops unexpectedly into your browser sessions, streams into Festival screenings, Skype-bombs live DJ performances, and pops out of floors and magazines in augmented-reality music videos.

Inspired by the 2010 Icelandic volcanic eruption that wreaked travel havoc across Europe, Eyjafjallalokull is a stunning, three-dimensional, audiovisual mapping installation that challenges audiences’ perception of space by creating an optical illusion that transforms the walls of New Frontier into a sweeping digital vista that artistically recreates the seismic event.

North of South, West of East

North of South, West of East enhances narrative storytelling by wrapping the film around the entire room. Presented to an audience in swivel chairs, Meredith Danluck’s remarkable four-channel narrative feature deftly unspools a darkly humorous tale of small-town folks as they try to make sense of a posthope America. Shot on location in Detroit, Michigan, and Marfa, Texas, this unique film features fantastic performances by Ben Foster, Stella Schnabel, and Sue Galloway, and a soundtrack by Marfa local punk band Solid Waste.

Rafael Lozano-Hemmer’s beautifully resonant, interactive media installation swaths the central lounge of New Frontier with images of the warm, breathing flesh of its visitors. Pulse Index records the heart rates and fingerprints of participants and exhibits them in a beautiful Fibonacci pattern. Place your finger into the custom-made sensor, and your fingerprint appears on the largest cell of the display, pulsating to your heartbeat. Your print then travels down the sequence to join those of all the others who have visited the room, immersing the community space with the radiant glow of the human touch.

What’s He Building in There?

Ricardo Rivera and the Klip Collective transform the entire front of the New Frontier venue into an interactive, 3-D projection-mapped parable, inspired by the Tom Waits song. Sip a hot beverage in the outdoor lounge and watch the walls and windowpanes dissolve into a story about a man on a mysterious mission inside the building. Use the X-ray flashlight to peek at what he is up to.