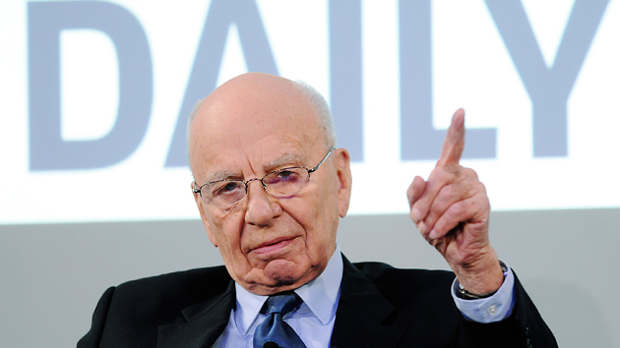 by David Rosen
in Distribution, Filmmaking
on Dec 5, 2012

Are we in the midst of a new round of media consolidation? Is the report that Comcast made a pitch for Disney the first of a wave of further industry restructuring? Rupert Murdoch’s reorganization of the News Corp. and reports that he has been exploring the acquisition of the L.A. Times and the Chicago Tribune raise concern that such a round is underway.

On December 3rd, Murdoch announced that he was splitting the News Corp. into two companies. News Corp. will house its publishing business, including HarperCollins, Dow Jones Newswires, the London Times and The Wall Street Journal. The new entity, the Fox Group, will consist of its media and entertainment holdings, including 20th Century Fox studio, the Fox broadcast TV stations and the Fox cable channels, including Fox News. Murdoch will serve as chairman of both companies.

The split was due to two factors. First, Murdoch was facing stiff pressure over the company’s stock prices, with print publishing dragging down the value of the company’s more profitable media holdings. Second, the still-unraveling British phone hacking scandal may lead to criminal prosecution of many News Corp. executives, including Murdoch’s son and heir apparent, James.

More troubling then the corporate reorganization are the reports that Murdoch is out to acquire two of the nation’s leading newspapers, L.A. Times and the Chicago Tribune. Digital disruption has caused considerable financial instability to most news organization, including the two papers.

But something far more troubling is at play than the financial plight of the two papers. Federal policies, facilitated by the Federal Communications Commission (FCC), are promoting industry consolidation and limiting meaningful competition.

For the last 30 years, federal policies have sought to ensure media diversity and competition by blocking a single media company from owning both a daily newspaper and a TV or radio station in the same city.  However, over the last decade, the FCC has attempted three times to loosen these cross-ownership rules.

The Telecommunications Act of 1996, signed by Bill Clinton, was enacted to ostensibly promote media and communications competition. The act was part of a larger Clinton administration effort to strengthen U.S. corporate interests in an increasingly globalized marketplace. Thus “competition” became the new code word for domestic corporate consolidation.

The FCC is the handmaiden of media industry consolidation. So watch out how the attempts by Comcast and Murdoch to further acquire major media holdings play out.