The Truth in Ambiguity 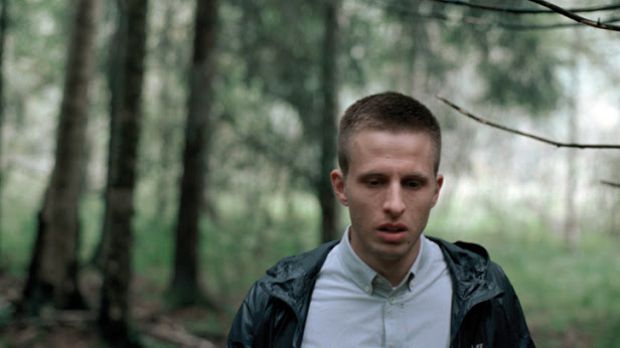 by Zachary Wigon
in Filmmaking, Screenwriting
on Dec 5, 2012

Joachim Trier’s latest feature, the formally inventive and genuinely moving Oslo, August 31, really had me in its grip by the end. The film, which is about one day in the life of a recovering heroin addict, finishes with the protagonist returning to his childhood home, which is empty. Earlier in the film, we’ve seen him buy a whole bunch of heroin, and a relapse – or worse – may be imminent. In the opening of the film, the addict, Anders, attempts to kill himself – until he changes his mind. In an unbearably tense closing shot, which goes on for perhaps ten minutes, Anders walks through the house, plays the piano, and then, finally and tragically, shoots himself up with an intentionally lethal dose of heroin, committing suicide in his childhood bedroom.

That’s where the film lost me.

Throughout the final act of Oslo, August 31, the viewer is asking herself exactly one thing: will Anders kill himself with that heroin he’s just bought, or won’t he? Since he’s spiraled downward ever since the start of the day, losing his cool in a job interview and free-falling further from there, it’s clear this is the question the film wants the audience to be considering. Yet this is where the film veers off course, because the answer cannot be satisfying on any insightful level.

Why not? Because the answer to whether Anders chooses to kill himself or not doesn’t say all that much about the film’s subject matter – the process of attempting to recover from crippling depression and a drug-addled past. Whether Anders kills himself or not, we enter the film with an understanding that in real life, sometimes recovering addicts kill themselves, and sometimes they don’t. Either outcome is common. Anders’ death, while moving and sad, doesn’t speak to any larger truth about addiction and recovery since it’s well understood that yes, recovering addicts can often kill themselves. By telling us that Anders dies, the film becomes small. Rather than being a film about addiction and recovery, it becomes a film about a single man’s addiction and a single man’s inability to recover.

If there was something extraordinary about Anders’ background or situation, the way in which he became an addict or the things preventing him from recovering, scaling the film to single-man size wouldn’t stop it from being a powerful film. But Anders doesn’t seem different in any meaningful way from any other addict – not that there’s any typical addict, but nothing about his life is presented as extraordinary – and so, neither is anything about his death. Again, it’s sad, heartbreaking, even, but this sort of thing happens all the time – what makes this particular story worth telling?

There is an easy way that Trier could have fixed the film’s ending. Just cut to black before Anders gets out his drugs and syringe. Leave the character’s fate ambiguous. Then there is something profoundly universal being expressed by the film. Recovering addicts can relapse and/or kill themselves, or they can successfully kick their addictions, but no matter which route they take, for every recovering addict, the line between relapse (or worse) and recovery is razor-thin. (David Foster Wallace’s Infinite Jest recounts, in particularly painful detail, the process by which recovering addicts have to constantly force themselves to abstain from drugs one day at a time, over and over again, no matter how many days it’s been since they last used.) While recovering addicts don’t all kill themselves, nor do they all recover, they all suffer from the knowledge that their staying clean is a tenuous process, one that often hangs by a thread at any given moment. That fragile space between life and death is something that persists with all addicts into perpetuity. Even if Anders decided not to kill himself, he would always be inside that fragile headspace; the limbo between life and death is every recovering addict’s final destination. To end the film in that space, without letting Anders choose, would be truer to the reality of what it feels like to live one’s life as a former addict.

There’s a greater lesson to be learned here, which is the lesson of how powerful the ambiguous ending can be (provided it’s not abused). Ambiguous endings are powerful because they recognize that the greatest drama comes not from whether event X happens or event Y happens, but rather, from a character’s attitude toward event X or event Y, which gives those events much more resonance. For example, the reason the ending of Martha Marcy May Marlene is powerful is not because it leaves it to the audience to determine whether Martha is being followed by the cult or not; rather, it’s powerful because it shows how, whether she’s being followed or not, the possibility of being followed is weighing heavily on Martha’s mind – and surely will for a long time to come. Even if it turns out that no one is following her, Martha’s paranoia will persist, and so it’s much more all-encompassing than a simple either/or ending. Likewise, if Oslo, August 31 ended before Anders’ suicide, the point would not be for the audience to speculate as to whether Anders kills himself or not, but rather, to recognize that the specter of suicide is persisting with Anders, and will never be far from his mind. Consider, now, one of the endings that has gotten people most up in arms in recent years – that of Inception. Does it matter if it’s the real world, or just another dream? Of course not. The point is that the protagonist and the audience have been primed to call the nature of reality into doubt at a moment’s notice.

(Note that this theory doesn’t hold true for films that use ambiguous endings in a gimmicky fashion, where the withheld outcome will have a decisive impact on the characters’ lives either way. Rather, I’m talking about ambiguous endings which, were they to be clarified, wouldn’t necessarily change what the future holds for the fate of the character in question.)

In life, there are no real endings. Even after we die, our actions produce consequences and effects that outlast us far, far into the future. Every climax in our lives, no matter how seemingly definitive, is really just an opening up of new conditions and possibilities for ourselves and the world. Rudyard Kipling put it well in his poem “If,” where he wrote, “If you can meet with triumph and disaster / And treat those two impostors just the same.” By employing an ambiguous ending, a film recognizes that in real life, the most powerful stories open up new ways of thinking and being, rather than closing any.