Bill Morrison Hands You the Remote 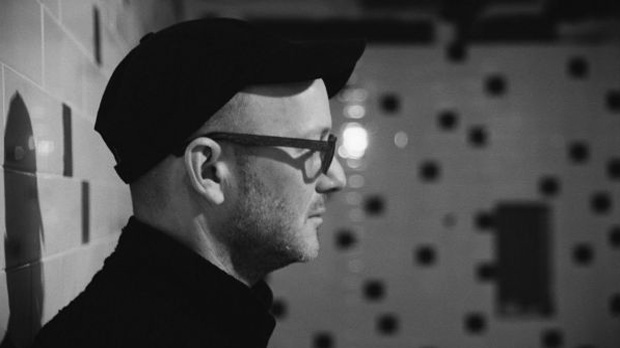 by Randy Astle
in Festivals & Events, Filmmaking, Transmedia
on Nov 11, 2012

Bill Morrison’s newest film The Shooting Gallery has just finished playing a mere handful of screenings at the BAM Fisher Fishman Space as part of the 30th Next Wave Festival. It represents a new step in Morrison’s oeuvre because it introduces—as far as I’m aware—the concept of interactivity into his work, with audience members each receiving a laser pointer which they used as a remote control to select video and audio clips throughout the screening. The result—with music by Richard Einhorn, design by Jim Findlay, and interactive programming by Ryan Holsopple—is vintage Morrison but also something completely new.

Morrison is best known as a manipulator of archival footage, particularly footage that’s decaying into obsolescence. By showcasing these strips of film that are beyond any hope of restoration, Morrison actually resurrects them, gives them new life, and highlights the physical nature of film—its tactileness, its actual medium—more than any other artist I know. I last saw him and his work in January at a New Sounds film series at the Winter Garden, where, on one of the nights I attended, I sat right behind the composer Michael Gordon for a presentation of their masterwork collaboration Decasia with live accompaniment by the Oberlin Contemporary Music ensemble. This is the film, a decade old now, that pushed Morrison into the international spotlight, and rightly so. J. Hoberman called it “the most widely acclaimed American avant-garde film of the fin-de-siecle,” and Errol Morris said it “may be the greatest movie ever made.”

So how was The Shooting Gallery different? Eight screens filled the smoke-filled room: four landscape-oriented panels parallel to the walls to present the actual piece and four vertical screens in the corners to present the audience’s viewing options (more on that in a sec). But in many ways it was the same as previous works. It featured the same basic type of footage as earlier—shots of carriages, planets, landscapes, machines, and silent film actors—and Einhorn’s music and sound design, while his own, was similar in feel to Morrison’s previous collaborations with other modern composers like Steve Reich and John Adams. The music was central to the piece, in fact, as the entire film progressed through eight sections with brief rests in between, generally fitting the ABA sonata form of exposition-development-recapitulation. To put that in jazz terms, it’s like Morrison and Einhorn laid out their themes and then took six or seven incredible solos before coming back at the end to play the head, with shots and themes from the previous sections brought back together for a final recapitulating statement. The piece opens with a Ballet Mechanique-esque sequence of mechanical movement and strident musique concrete, followed by a laconic view of planets and eclipses with some of the gentlest music of the evening, then images of families, of flooded towns (I heard one patron ask ironically, “Was that part shot yesterday?”), of people and streetcars hustling about (accompanied by a jaunty baritone saxophone soli), and, most surprisingly, color video footage—low-resolution but not otherwise in obvious decay—of suburban yards.

Where The Shooting Gallery differed, of course, was in those little BAM-emblazoned laser pointers that we got to take home as souvenirs. Within each of those linearly progressing sections the audience had control over what clips were seen and when. Each of the vertical screens contained nine circular bubbles with an image from a clip. When a laser pointed at one of these, a ceiling-mounted camera picked it up and told the projector on the adjacent horizontal screen to immediately show that clip (though video would continue to play if no one selected anything). Basically, this meant that the roughly 50 to 70 viewers in the room each had a remote, with four screens to divide our collective attention.

How well did it work? When the lights first went down, the gallery was filled with little red points of light. At first there was a lot of talking as people were trying to figure out what to do. As we started to get it, our pointing and clicking became more controlled, like with an actual remote control, but there were still plenty of people using the lasers as toys, pointing them at the images themselves, tracing circles or other designs, and shining on other patrons through the light smoke. People laughed and chatted about the interactivity of it all—one roughly eleven-year-old boy was particularly enthusiastic about what he was drawing up on the screens—and there was a good sense of a communal creative experience. As the performance progressed, particularly after some of the calmer segments, people’s interest in their wands waned. The lights started to disappear and we sat back, content to undergo a traditionally passive viewing experience. Many couples and groups started having personal conversations, masked by the soundtrack, and only casually observing what was happening on the screens around them. Others, clear to the end, were deeply engaged, carrying on hushed discussions about individual clips, why they were included, and how they interacted with the piece as a whole. By the end the points and clicks seemed very deliberate: activate a clip, turn the laser off.

As I myself got used to the device its novelty wore off and I re-engaged with Morrison’s imagery. Ironically, this led to a new kind of audience interactivity: early on I had the urge to test other viewers’ attention by selecting the same clip over and over to see if anyone would object and select something else. They did. Later on, and more than once, I became enamored with one of Morrison’s clips and wanted to have time to watch it in detail. I’d activate it with my pointer, only to have someone else immediately switch the screen to something else. So I’d change it back, and back and forth we went in an anonymous power struggle to see the film we wanted to see. I tried other kinds of interactivity, like chasing other people’s lasers around the screens, but it was this groupthink-instant-editing/remixing-by-committee that proved most thought provoking.

Basically it came down to a struggle over control, which shouldn’t come as a surprise to anyone who’s flipped through television channels in a group at home. There was the contest between viewers to see what we each individually wanted to see, but in saying that I’m in danger of positing the experience as an adversarial one. Instead it was a communal experience, a collaborative creation, even when my own favorite little clips were flitted away. I got to surrender to something bigger than myself, the collective will of the group, and thus participate in something with them that will never be recreated again. Our dancing points of light, our choices of what montage to instantaneously assemble, all came together to create a unique and communal artwork which could not be attributed to any singular artist. The “shooting gallery” might have as much reference to a firing squad as an amusement park attraction: since you’re all pulling the trigger, you all are responsible but simultaneously absolved from responsibility for the result. And that can make for very innovative art.

Which brings us to the actual artist. To what extent does The Shooting Gallery remain a Bill Morrison film? In the current issue of Filmmaker, I talk with the interactive documentarians at UnionDocs about this. In our interview, Andre Almeida, who is also writing a PhD dissertation about this issue of control in interactive film, said this (expanding on what’s included in the article):

“[Traditional editing] is a process of juxtaposition of images, with one image coming after the other, [but] when you’re doing an interactive documentary you can cut from an image to a sound or to something completely different. And you need to know how people react to that. You don’t know how people will actually experience it because you can only predict what people will do, but then every single person will have their own individual path and experience. So it’s very exciting, but in a way the role of director and even the role of editor are essentially passed on to the user. So it’s hard. Everything is very new. And there’s so much flexibility, because when you have Final Cut you have a very limited set of tasks you can do. But when you have html5 [or an audience with laser pointers] your options are unlimited. So it’s so hard and beautiful and challenging. How much is the user supposed to interfere with the flow of the edit? A film with traditional editing has image and sound in a predefined way, and an interactive documentary does not. [With my dissertation I’m trying to determine] how to give the traditional [linear] film feeling while it’s being controlled by the user.”

Morrison doesn’t seem to have had any qualms about handing the remote—or the editing bay—over to his viewers, or “users” to employ Almeida’s term. It’s an interesting choice because his films, which have no dialogue or, generally, narrative at all, derive so much of their meaning from the juxtaposition of images. More than anything I’ve seen in recent years, Morrison’s work reminds me of old Soviet formalism and the meaning created by the collision of shots. If you take that out of the filmmaker’s hands, what’s left for him to do beyond pre-selecting the users’ raw materials? I was thinking about this in the gallery, watching the seemingly random cacophony of images on the eight screens, with their random and incessantly quick cutting rhythm, when I realized that this time it wasn’t about the images—as much—at all. The meaning is no longer in the connection between shots like it is for The Miners’ Hymns or Spark of Being; it’s now in the connection between the shots and those little laser pointers in our hands. It’s not just about what’s up there on screen, but in how Morrison and his original collaborators brought us into that creative circle with them. For 50 minutes, we created a community, with its attendant children, grandparents, hipsters, intellectuals, serious creators, and disinterested dilettantes. Together we progressed through a visual sonata, all taking our own solos on the chord progression Morrison and Einhorn gave us, until by the end most of our laser pointers sat dormant in our hands as we watched the final recapitulation of Morrison’s melody.