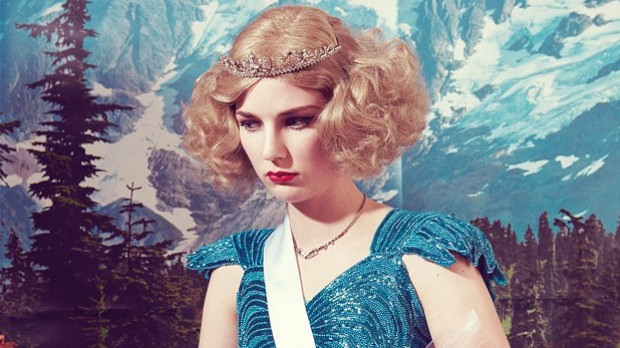 At the Telegraph, Anne Billson explores the work of Canadian artist and fashion photographer Kourtney Roy, who draws from Guy Bourdin, Cindy Sherman, William Eggleston but also various film directors in her ravishing, psychologically mysterious, yet bordering on kitsch portraits.

Where does [Roy] get her ideas? “I’m always struck by images in films. I love Douglas Sirk.” Sirk is the Hollywood film director best known for sumptuous 1950s melodramas such as Written on the Wind and Imitation of Life.

“I love the colours and the décor. I really like Hitchcock, too, but he’s been referenced so many times in fashion and art, I don’t bother to go there. You know what else I really love? Don’t Look Now.”

This is Nicolas Roeg’s 1973 horror film set in Venice, where a married couple receive hints that their dead daughter isn’t really dead. Roy likes “the old blind lady, the 1970s light, the hotel rooms, and the little girl in red.”