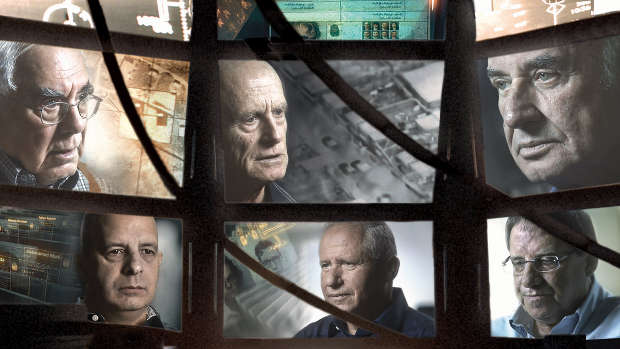 Telling the story of a country in the last 45 years, especially when the storytellers are the heads of the secret service, required a lot of sacrifices to be made; especially in depth and length of content. We spent a long time in the editing room, and our first cut was 3.5 hours. The biggest challenge is to understand where the heart of the film lies. One hard decision, for example, was the personal childhood stories of The Gatekeepers, especially the story of Avraham Shalom, who was born in Vienna in 1930 and didn’t know he was a Jew. He went as a child to see Hitler speak in the big square in Vienna and after the Crystal Night was beaten almost to death by his classmates and experienced racism first-hand. When he says that we treat the Palestinians as the Germans in the Second World War treated the occupied countries in Europe, it has a different impact when you know that he was there and is talking from firsthand experience.