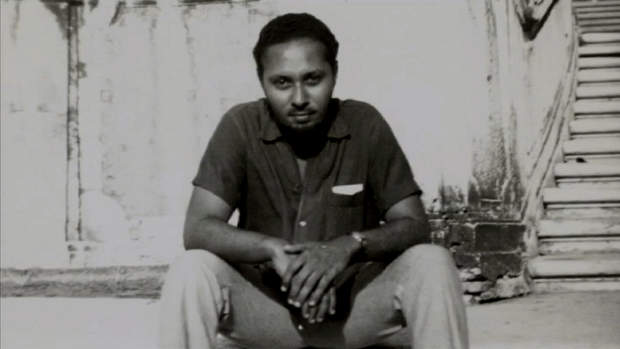 In making this film, I sacrificed time and plenty of sleep!

The organizational nightmare that comes with working almost exclusively with archive has provided its own set of challenges. Creating a whole new working practice for myself and the team these past few films – and by that I mean the migration away from what we all as filmmakers would understand to be the daily routine, the broadly known elements of documentary making – has been tough.

Watching thousands of hours or archive and selecting the material was a massive task but finding the right balance between the metaphorical images of archive – the recycled aesthetics of the past – and what we now know to be historical reality was always something I was acutely conscious of.

I could talk about many points here but ultimately what has saddened me the most about the project has been the struggle to raise money for a film that centers around politics, history and an intellectual figure and to a certain extent the film has suffered because of it. Its saving grace has been the hard work of the producing and production team whose dedication despite the cost limitations has been immeasurable.

And of course I have to thank massively my team: Lina Gopaul and David Lawson, my producers; Trevor Mathison, my sound designer; Nse Asuquo, my editor; and my production assistants, Daniel Johnson-Mathison and Ashitey Akomfrah.

This film was always meant to be a recognition of the major contribution that Stuart Hall and a whole generation of thinkers, activists and radical intellectuals made to all of our lives – even if we are unaware of that fact. When you compare their sacrifice – a lifetime struggling against major sociopolitical forces – it is incredibly humbling.

I believe that our work for the last 30 years has been part of that course in those many struggles, whether in our earlier work as Black Audio Film Collective or now as Smoking Dogs Films. I deeply hope that our work has continued in this vein and has been part of an onward push to take the ideas that Stuart and others from that generation forward from the margins to the center of popular culture.