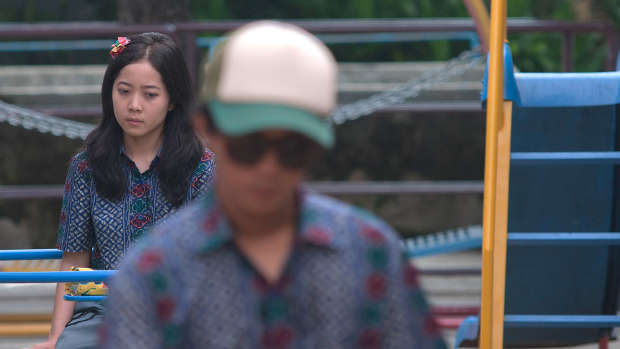 Mouly Surya, Sundance Film Festival 2013, What They Don't Talk About When They Talk About Love

Aside from the usual sacrifices of time and energy, in making this film I’ve lost friends. That’s the weirdest thing about producing or directing. When you make a film, it is different than when you write or paint. You surround yourself with a lot of people, but it still feels lonely. But at the end of the day, everything is for the film. Instead of the usual “art imitates life” maybe “art defeats life” is more befitting.

Thinking back, when you do fall in love with a film enough to make it come true, you are bound to make sacrifices instead of demanding that the film make sacrifices. But when the filmmakers are making sacrifices, I prefer to call it love. When the film itself make sacrifices, I have to call it compromises. Sacrifices, or love as I’d love to call it, is what I think injects a soul into a film — otherwise it would just be an object of pre-recorded stuff. It will always ask for your time (including the audience’s), your thoughts (also the audience’s) and a space of your memory (probably, so to the audience’s). Those are the most basic three things. And of course, it could have asked for more or you’d always wanted to give more because you know that this film could have had a longer life than you ever will. You wanted to give more so much because you don’t know when is enough because maybe when you stop giving, then it would be a compromise. And you wouldn’t know it until the day you sit amongst the audience and realize that you should have given more. That you were compromising.

Those compromises, I think, are what gives the filmmaker something back from the film. Because then the filmmaker would always want to outdo the previous films and would give their love to another, when they make another. Thus, compromises, in the end instead of love, would therefore define the filmmaker in the long run.