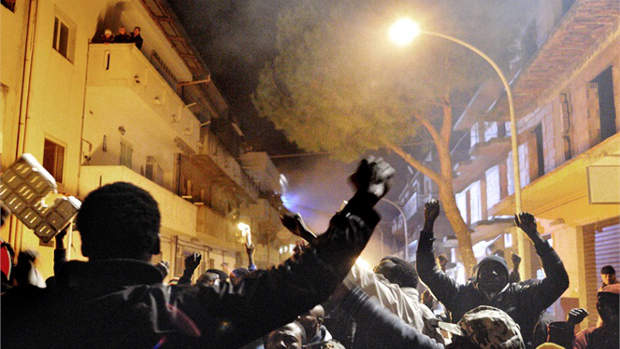 by Billy Brennan
in Filmmaking, Financing
on Jan 16, 2013

Cinereach announced today that it has awarded over $500,000 in grants to 22 feature-length film projects that applied for support in 2012. More than 2,000 applications were submitted, from filmmakers based in upwards of 100 countries.

The 22 grantees in this round are comprised of twelve non-fiction films, seven fiction films, and three hybrids. The fourteen new grantees range from the early development stages to late post-production. The renewed support went primarily towards the completion of prior grantees’ films, including Cutie and the Boxer, God Loves Uganda and Narco Cultura, which will premiere at the 2013 Sundance Film Festival, and Our Nixon, which will premiere at the International Film Festival Rotterdam.

“Not only do these grantees reflect a larger number of fiction projects than previous cycles, there are also more first-time feature filmmakers, and more projects in development or early production,” said Cinereach Grants Manager Adella Ladjevardi. “Providing support early in the life of a film, or in the career of a filmmaker, sets the stage for a long and meaningful relationship.”

“These grantees reflect Cinereach’s ongoing commitment to supporting nuanced films that strive to surprise and move audiences,” said Cinereach Creative Director Michael Raisler. “I’m thrilled we have the opportunity to not only welcome exciting new projects into the family, but also to fuel our existing grantees’ creative ambitions as their projects near completion.”

Below are the Cinereach Grant recipients.

Searching for a better life, Ayiva makes the perilous journey across the Sahara and Mediterranean. Once in Italy, the need to earn money for his family is challenged by the harsh conditions and intolerance faced in his newly claimed home.

Behind the façade of Las Vegas’ infamous Strip, a struggling writer searches for the meaning behind a boy’s suicide, encountering relative misfits and humbled saints, living under the shadows of a multi-billion dollar fantasy-land.

In the frozen woods of an isolated Maine logging town, one woman’s tragic mistake shatters the balance of the community, resulting in profound and unexpected consequences.

Mourning his great love, a Japanese janitor works a cattle ranch in the American Southwest. For him and for a family of struggling ranchers, the past is as inescapable as the future is uncertain.

A chronicle of the intense and courageous work of three investigators working to expose international human rights abuses.

One extraordinary man’s quixotic and recklessly brave adventure in search of hidden treasure, in a belated rite of passage to reclaim his soul and rediscover the meaning of his life.

Four young Kenyans form an afro-futuristic pop band that rides a wave of international acclaim. The unlikely superstars end up being ambassadors for their country. How do they deal with it? They go to Space.

An existential comedy following a year in the life of the folksy locals and esoteric outsiders in the petite hamlet of Bugarach, France, purportedly ground zero for those looking to survive the Mayan-predicted apocalypse.

A look into the opposing realities of the “True Love” fantasy and an inquiry into whether our view of love changes as we grow older. Through sessions of Psychodrama and Improvisation three couples explore their hopes, memories and love lives.

The construction of a railroad linking Turkey, Azerbaijan and Georgia promises wealth and opportunity, but for those living along the route it opens old wounds and new divisions.

An in-depth look at the Democratic Republic of Congo’s resource wars, driven by the multiple perspectives of those directly involved and affected.

A war photographer returning from the conflict in Libya, where she was held captive and brutalized, retreats to a small town in Sicily.

A mother goes on an extraordinary journey to save her ten year old daughter from an arranged marriage.

An explosive look at drug cartels’ pop culture influence on both sides of the border as experienced by an LA narcocorrido singer dreaming of stardom and a Juarez crime scene investigator on the front line of Mexico’s Drug War.

Down and out lovers, Melissa and Richie, get pregnant and become homeless at the same time in this social realist story in the vein of Barbara Ehrenreich’s Nickeled and Dimed.

This film captures the experiences of several LGBTQ seniors as they navigate the adventures, challenges and surprises of their “golden years.”

This story of public sector workers in a rail station, post office and the only fire station in Kinshasa offers poetic and compassionate insight into a country in transition, and lives lived beyond chaos.