In the Can: Days of Gray 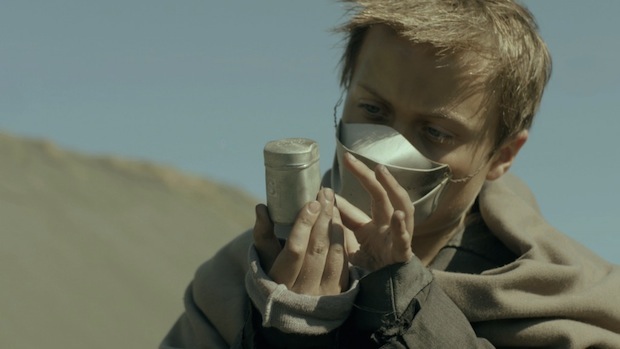 Picking up from where we left off in our last article, we’re happy to announce that Days of Gray is in the can! So much has happened in the last six months, and here’s how we got there.

We concluded an incredibly successful Kickstarter campaign in early June with a blow-out party at the Wooly (many thanks to all our backers who came out in droves and danced till the wee hours to the beats of Icelandic DJs!)

We also held a very well-attended screening at the Scandinavia House showcasing previous works from Bicephaly Pictures as well as some of Hjaltalín’s music videos to give people an idea of what the film might look like.

Unfortunately, despite the Kickstarter campaign and IFP’s fiscal sponsorship, money remained very tight. But, cash issues aside, the timing felt right. A fleeting thought of pushing back the shoot was brushed aside – we felt incredibly supported and went with the blessing of our friends, knowing people were just as excited to see the film as we were to make it.  We knew it was worth going for it with the micro-budget we had. 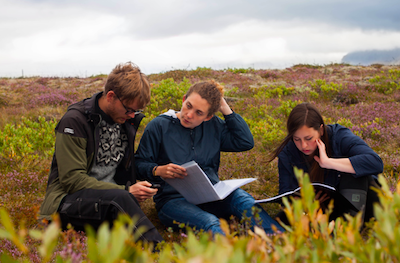 We kept shaping the script, maintaining the same story while switching details to reflect climatic reality (there are, sadly, no ice caves in the summer.) The crew kept growing, especially on the producing side, when NYU grads Tati Barrantes, Shruti Rya Ganguly and Colin Whitlow came onboard as consulting producers to help get Days of Gray out there.

We closed Bicephaly for the summer and continued relentlessly cold-emailing nearly all of Iceland in search of sponsors. We magically received many yes’s (amongst a vast majority of no’s), that allowed us to repeatedly slash our already tiny budget, as wonderful sponsors came on board to help with us flights, housing, and water for the shoot. Jona, designer of fashion line Inaisce, lent us pieces from his past collections to use as costumes.

Come mid-June, we had to wrap our heads around a tricky puzzle: how to get all the props, costumes and camera equipment to Iceland within the baggage checking constraints? Thanks to a crew that packs light and with a speedy re-packing shuffle during a layover in the Paris airport, we managed to bring fourteen suitcases of movie-making things. 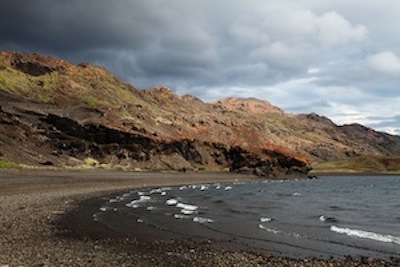 Once in Iceland, the best surprise came through Rebekka Bjornsdottir (Days Of Gray‘s casting director and Hjaltalín’s bassoonist.) She introduced us to Saga Film, a leading Icelandic production company who takes on one independent project a year. We showed them our wish list for gear, to which they enthusiastically answered: “We have all that and more!” Notably, an Arri Alexa, much to Cailin’s delight!

We geared up to the shoot with our totally tireless AD, Arnar Sigurdsson. We franticly ticked off our to-do list in the days leading up to the first “action”: casting extras, finding catering, learning to drive stick-shift vans… If you ever find yourself shooting a film in Iceland, call Arnar – he was our lifesaver, cheerleader, driver & everything coordinator. He preempted problems, even managing to schedule around Iceland’s unpredictable weather.

We finalized legal matters by signing contracts with band and the actors, who thankfully understood the ‘labor-of-love’ aspect of making our first movie. They gave us their all and we’re eternally grateful for their wonderful performances, stamina and winning attitudes.

The rest of crew arrived, and it finally started to feel like we were really going to make a movie. All sixteen of us assembled a makeshift production meeting at Kex, a great hostel in Reykjavik, where ten of the crew members would be staying… in the same room (we weren’t kidding about this micro budget.) 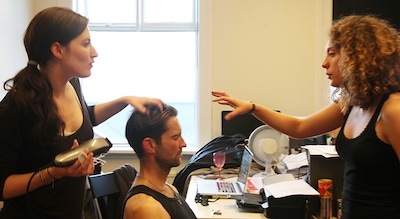 In the next few days we raced through costume fittings with Chris Praksti, our costume designer, mixing and matching from the pieces he created and accessorizing with Jona’s creations. Makeup tests were also underway, bringing crucial character’s looks together.

A friend and last-minute crew addition, Victoire Poumadere, became our PA and cook, a real lifesaver who kept the cast and crew extremely well-fed with her home-cooked meals!

As it’s probably the case on all indie shoots these days, we could have used a bit more of everything. More people, more time, more money. But in the end, “mo’ money, mo’ problems”, and limitations led to creative problem solving. Everything happened so fast we barely had time for worry, and we were excited to get the ball rolling.

There wasn’t much to rehearse, in the traditional sense, since Days of Gray is a silent film. There were no line readings. Instead, we worked on discovering what made each character tick as the actors brought their own experience into the story. 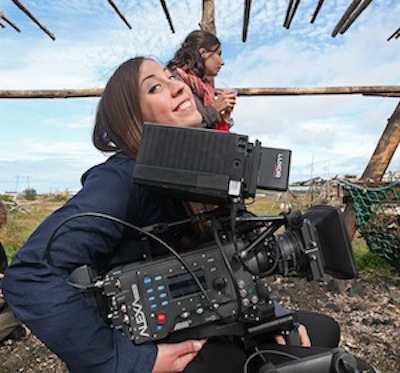 We filmed straight through for fourteen days, with our only two symbolic days off actually spent building sets and location scouting. Our editor Perry Blackshear arrived on day two and got right to work, editing the dailies into actual scenes for Ani and Cailin to go over nightly.

The shoot went incredibly smoothly. Our lead actor, Davíð Laufdal Arnarsson, had incredible stamina and never tired even though he was in every single scene. He inspired the crew and cast to meet his level. Even the film’s most dangerous moments – shooting with fire, animals, precarious cliffs – went off without a hitch.

Most of the crew flew back just hours after the wrap party ended. By then, the edit was almost finalized, and the band got to work on the score. The final pieces came together as we finished the credits (including our 448 backers!) and devised a festival strategy. 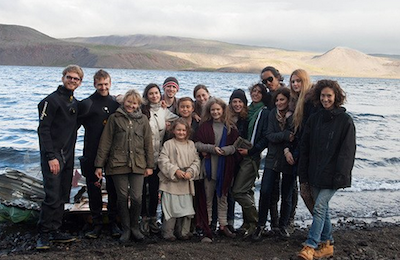 We miss Iceland, but the few private screenings we’ve held in Reykjavík and Paris warmed our hearts and brought us right back. And some exciting news: the original score of Days of Gray composed by Hjaltalin has been nominated for an Edda Award, the Icelandic Oscars!

Making a first film is quite the adventure, and we’d love nothing more than to share the little knowledge we’ve learned with you. We’ll keep on documenting our filmmaking process on our blog, let us know if there’s anything you’d like to know!