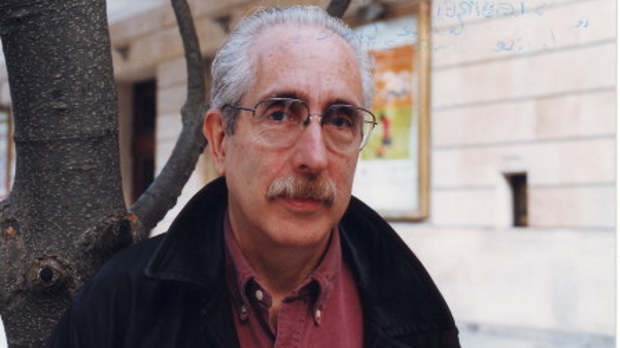 In the current Winter issue of Filmmaker, Scott wrote a piece on the sad situation that has developed in which Ray Carney, who was entrusted with prints of many of experimental director Mark Rappaport’s films, is refusing to return the materials to the Paris-based auteur.

Carney, who has positioned himself as the foremost John Cassavetes expert, is a professor at Boston University, and Rappaport recently appealed to the academic institution to pressure Carney to give him back his life’s work.

Last week, though, Rappaport reached out over email and informed me, “The unhappy update of all of this is that Boston University washed their hands of the matter, pretending it’s some sort of a domestic dispute.”

With Rappaport’s permission, below is the letter he sent to administrators at BU in response to this position.

I am assuming that at this point you are well aware of Ray Carney’s action regarding the film materials I mistakenly entrusted to him seven and a half years ago. He neither has the rights to the materials, cannot exhibit or distribute them, nor does he have access to the various video equipment necessary to screen or project them. I am the sole owner and rights holder of all the material. He is just hoarding them out of malicious perversity.

When Paul Schneider told me the other day that this was strictly a legal issue and the school could or would do nothing further about it, my heart sank.

Just a few points. This is not a legal matter between Carney and me. The man has clearly and willfully stolen my material, He may mewl incessantly about me having “given it him as a gift” but this is blatantly not true—as can be shown by the emails he sent me in 2010 and the alacrity with which he returned the materials I requested. Carney has made this a legal question by forcing me to instigate legal actions against him because he refused to return the remainder of my materials when I asked for them, during which time he lied incessantly—to the court, to his lawyer, to me, and now, I suspect, to you. But I’m sure you’re no stranger to his stalling tactics and prevarications since you know him a lot more intimately than I do. After lying to the Massachusetts courts for two and a half months about never having received proper notification of court hearings—he thought if he could ignore it, it would go away by itself—he was in default. When threatened with a contempt of court citation which also stipulated that if he did not return the materials he could be hauled off to jail, he suddenly sprung into action, lying to his lawyer and the courts, saying he was unaware that actions were pending against him.

His delays in responding cost me many thousands of dollars. As you know, under oath he swore that he had given away or destroyed much of my material, which, fortunately, turned out to be a lie, when he swore again under oath, that he had not destroyed any material. In any case, he lied under oath. When he made an offer to settle with me a few days before the final pre-trial hearing, he refused to answer my emails or phone calls (a familiar Carney tactic of which you’re well aware) and the hearing went forward. At that point, he had his lawyer ask me for $27,000 in order to return my materials back to me. His attempt at extortion did not work and I had decided to drop the suit. To spend an additional $25,000 (a low-end estimate, at best) to pursue this did not seem to be worth it, since replacing the most important elements which he stole would be cheaper. Parenthetically, my lawyer demanded an “expedited hearing” from the court, meaning the case would be argued in front of a judge. A full court hearing, with a jury, would not have been set until 2014 (!) and would probably have cost at least twice as much. The price of justice is not cheap.

As for his insisting I gave my materials to him as a “gift,” this is a total fiction. In addition, even if I had, which I hadn’t, there is absolutely no archive or film museum in the world from which a living filmmaker cannot withdraw his or her donation upon request. In fact, I recently withdrew from the Museum of Modern Art, the negatives of my films, Rock Hudson’s Home Movies, which they had for five years, and Mozart in Love, which they had held for over thirty years, to move them to another archive.

Since this man obviously will only respond to severe pressure, I appealed to you and Boston University to try to exert that pressure to get him to relinquish my property. Since your university prides itself on its Ethics Code, which it even posts on its website, I thought this would be a very good starting point. This man has illegal possession of my materials, has been found out in many lies regarding this particular situation, has flagrantly committed perjury, as well as attempted extortion. It seems to me that these are ethical and moral lapses that would be clear violations under any ethics code, even if there’s not a written one. I think that any employer anywhere who finds any employee engaged in these kinds of nefarious shenanigans, can read him the riot act—and force him to comply. In any case, you chose to treat this a case of domestic violence—the two involved parties should hash it out between themselves. Well, this might work for most people but it doesn’t cut any ice with Carney. First he gamed the legal system and now he gamed you.

In short, you have permitted him to abscond scot-free with hijacking a major portion of  my life’s work. At this point Boston University is now part of the narrative. I only entrusted my materials to Carney because he was a tenured and, I thought, at the time, a respected professor at BU, and because he would be storing the material at BU, which, of course he hasn’t. In addition to which, when the materials were sent to BU, they were sent FedEx on BU’s account, although Carney claims that it was his account. This can be verified by demanding to see the FedEx receipts, which Carney claims he has, as proof that he “owns” my materials. Furthermore, an academic’s behavior in the real world reflects on the institution that employs him. That you enable Carney to get away with this vile behavior that has shocked and horrified (no exaggeration here)  filmmakers, archivists, academics, writers, programmers, and film museum directors around the world makes Boston University complicitous in his actions. Whether you intended it or not, you have aided and abetted him. Whether you have intended it or not, your inaction is a tacit endorsement of his malicious activities. So now Boston University is now part of the official story.

I cannot tell you how disappointed and saddened I am in your inability to act more forcefully and, dare I say, more ethically in this matter.