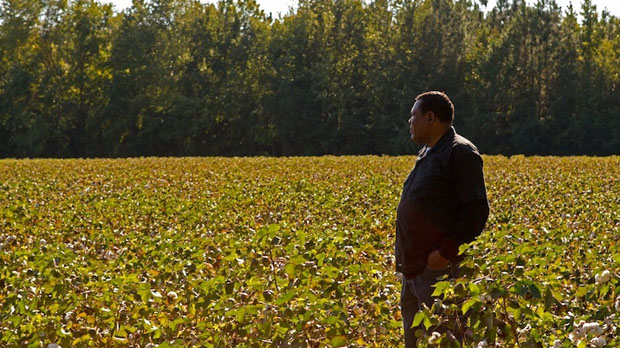 by Lauren Wissot
in Directors, Interviews
on Feb 26, 2013

Just in the nick of time for Black History Month, and debuting at the 2013 Documentary Fortnight: MoMA’s International Festival of Nonfiction Film, is Christine Turner’s Homegoings, a poetically crafted exploration of the history of African-American funeral traditions. Told via the Harlem neighborhood’s legendary funeral director Isaiah Owens – who found his calling as a small child, burying all deceased animals he stumbled across in his South Carolina surroundings – the doc manages to be poignant, inspirational, and unexpectedly uplifting. In other words, as one subject says about black burials themselves, a “sad good time.” Filmmaker spoke with the doc’s director prior to the film’s premiere as part of MoMA Selects: POV. POV will broadcast Homegoings later this year.

Filmmaker: Your doc covers quite a bit of territory in its tight running time. Besides giving us a history of southern, African-American burial traditions, we really get to know the Owens family – along with some of the families that Isaiah cares for through his “calling.” Yet you also touch on issues that disproportionately affect inner city residents when it comes to dealing with the dead. Cremations rise when incomes fall. Isaiah notes that in the 80s most of the dearly departed were victims of violence or AIDS, whereas now it’s heart disease and stroke. The funeral business becomes a thermometer for the larger community. So with all this material, were there any topics left on the cutting room floor that you would have liked to explore in a more thorough manner?

Turner: This isn’t so much about specific stuff that was left on the cutting room floor, but while I was doing research on the subject, there were certain things that I found really interesting – such as the role that black funeral directors played during the civil rights struggle, which the film never goes into. I felt it was important to convey a sense of history and tradition to viewers, but I wanted to tell a personal story. I was never interested in giving a historical overview of the subject or using outside experts to contextualize the experiences of the subjects in the film. For me, I just wanted to hear from ordinary people, whether it was the funeral director himself or the grieving family members he serves. They are the real experts.

Filmmaker: I read in the press notes that the ways in which different cultures deal with death has been a fascination for you since childhood, when both your maternal and paternal grandmothers died within two weeks of each other. So, as the daughter of an African-American father and Chinese-American mother, I’m wondering if you’ve noticed defined differences between how black and white audiences experience your film? (And are any plans to explore the Asian viewpoint towards death now in the works?)

Turner: I don’t have any plans for a follow-up at this point, but it’s a very universal topic and I hope that people from all different backgrounds will connect with the film regardless of their race, religion or upbringing.  The screening at Documentary Fortnight is going to be the first public showing, so I’m definitely looking forward to hearing what people think.

Filmmaker: Could you talk a bit about IFP’s involvement in the film, which started at the 2011 Project Forum? Also the Tribeca Documentary Fund, which I believe helped out during post.

Turner: IFP selected Homegoings for its 2011 Project Forum, where I had the opportunity to pitch the film in person to various funders including Tribeca Film Institute and ITVS, who ultimately supported the film through their Open Call processes. In addition, I met Philippa Kowarsky of Cinephil who came on board as the film’s international sales agent. Prior to IFP, POV committed co-production funds to the film through its Diverse Voices Project, which supports emerging directors.

POV has been incredibly supportive of the film. They saw something in the project from early on and weren’t afraid to take on the subject matter. I really can’t imagine a better home.

Filmmaker: I see that both Stanley Nelson and Sam Pollard are credited as consultants on your film. How did those two come to get involved, and what did each add to the production?

Turner: Sam and Stanley have both been incredible mentors of mine. They are both such rigorous and prolific filmmakers whom I greatly admire. Nothing is more terrifying than screening cuts for these guys – they can be brutal and certainly don’t sugarcoat their feedback. At the same time, they were incredibly encouraging and absolutely believed in the film.

I met Sam while I was a student at NYU undergrad film and I sought him out as an academic advisor at the time. While I was a senior I began interning with Stanley’s production company and he gave me my first job right out of college. I’ve continued to work with him on various projects over the years.

Sam screened cuts of the film and gave valuable feedback on structure. Stanley also screened cuts, but his involvement began much earlier in the process. He encouraged me to go out there and make the film I wanted to make.