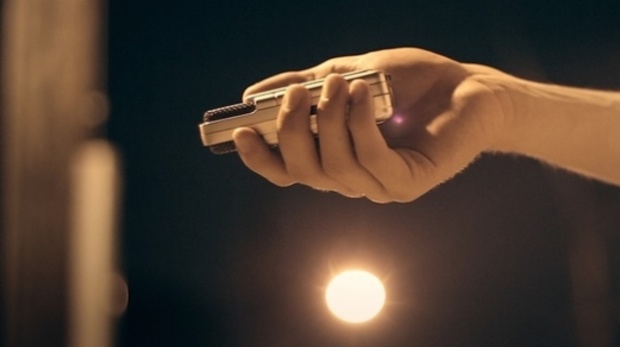 When the filmmaking collective Ornana (led by director Danny Madden) was chosen for Filmmaker‘s “25 New Faces” last summer, it was their charming and inventive animated short about a robot elephant, (notes on) biology, that first attracted our attention and admiration. However, it was group’s radically different follow-up project, euphonia (then still in rough cut), which assured us of Madden and co.’s genius. The 50-odd minute live-action film, which was first planned as a short, tells the tale of a high schooler (Will Madden, Danny’s younger brother) who buys a digital sound recorder and becomes increasingly fixated with capturing the sounds around him, and in the process starts withdrawing from reality. The highly original and idiosyncratic film has its world premiere tomorrow at SXSW (where biology last year won Best Animated Short), and Filmmaker sat down with Madden in advance of that screening.

Filmmaker: How did you get the idea for the film? I believe it was originally conceived as a short.

Madden: Will and I were toying with the idea of this character who just felt beaten down by the sounds around him. We were interested in the effects audible environments have on how people feel. From there, we each spent time living the part – carrying a recorder everywhere, following our ears – and the conversations that followed found their way into a 24-page script. Twenty-four pages, but apparently the way I wrote the screenplay and the way we shot didn’t add up to that minute-per-page thing. Not long into editing I realized we’d made a feature film.

Filmmaker: Your previous film, (notes on) biology, mixed live action with animation. Do you see yourself as an animator moving into live action work?

Madden: Nope. I wouldn’t mind seeing some of those walls come down. Genres and all that. This one’s an animated film and that one’s live action. People have all these assumptions about what it is just from that broad fact. I think they’re just different ways of getting to the same thing. My dad says a good story’s a good story.

Filmmaker: What were some of the biggest differences about making this one, compared with biology? Was the creative dynamic within Ornana essentially the same?

Madden: Everything was different but the attention to detail. These are two very different stories, so the technique’s got to reflect that. There are scenes in euphonia where the character is discovering sounds, the camera is discovering too. Also sound is treated very much like a character in this one, there’s an arc to it all that doesn’t need to be so apparent in something like notes. The dynamic worked similarly on each set, Will and Jonathan [Silva] being my main collaborators while the other main Ornana guys worked more remotely before post-production. Relatively the same crew too, since we shot these movies only a month apart and those are the folks we spend time with back home anyway. The classroom scenes in each film are populated by most of the same kids.

Filmmaker: Did you storyboard the film? As an animator, how many habits are you transferring over to live action work?

Madden: Typically I’m a meticulous storyboarder, a habit that formed in live action work. And for the record, I’m not sure I’d refer to myself as an animator any more than I’d call myself an editor or sound designer. These are jobs that I tend to sweep under the umbrella label of directing. And a big part of directing for me is doing the heavy thinking before you’re on set (or before you begin animating). One habit that has transferred from animation is appreciating every frame – you definitely want to know exactly what each moment needs so you’re not investing tons of effort in superfluous animating. That super preparation brings confidence to a live action set with knowing precisely what each moment needs, and if you’re feeling good about that you can sort of glide on intuition and trust yourself to freestyle from there, pushing performances further, getting braver with the camera work, et cetera. Might sound a bit backwards, but often that’s what it takes for me. All that being said though, euphonia needed a certain rawness to come through, so I opted not to storyboard this one. There was a different sort of intuition there.

Filmmaker: euphonia has incredible sound design. How did you approach that? In the film, Will’s character is very adventurous about the sounds he records. Did you allow yourself that same looseness in what you captured?

Madden: Like I said, sound is a character in this story, and I felt the audience should interact with it in a similar way to how Will’s character does. There was a lot of careful sculpting to try and build that relationship properly as well as some experimentation in just allowing the audience to listen. And yes, “looseness” is a good word for it. There were many exploratory elements to the story that trickled down through the simplicity of the script to the spontaneity of the filming. Then it was carrying that through in the editing, cutting almost like it’s a documentary and sometimes embracing “imperfect” technique to better serve the energy of it all.