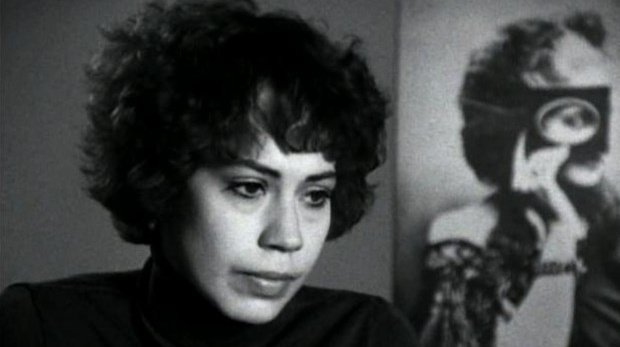 In numerous online and print articles, including in Filmmaker‘s Winter, 2013 issue and on this website, the story of the dispute between experimental filmmaker Mark Rappaport and critic and Boston University professor has played out, with Rappaport charging that Carney has improperly refused to return film prints and original master materials entrusted to him for safekeeping. The dispute between the two men has traveled to court and then into the larger filmmaking world, as many celebrated directors signed a petition to Boston University urging the school to intervene.

One mystifying element of the conflict has been Carney’s refusal to respond to journalists — including Filmmaker — who have covered the story. Indeed, Carney’s silence, his failure to respond to Rappaport’s entreaties, is one of the filmmaker’s charges against him. Now, however, Carney has responded, and his massive retort — 12,000 words! — is posted at Jon Jost’s Cinema Electronica site. As we ran two pieces quoting Rappaport, we’re linking to Carney’s piece, which he wrote for his 2012 report to Boston University, here. In addition to claiming that he was under no obligation to return Rappaport’s materials, Carney characterizes the campaign against him as one of “blackmail” and “cyberbullying.” Here are two key paragraphs, and you can read the entire piece at Jost’s site. We’ll have further coverage of this story in the days ahead.

Let me summarize: There was no question that I owned the material free and clear. There was no question that it had been a gift almost eight years before. There was no question that I had put tens of thousands of dollars of my own money into maintaining and preserving it. There was no question that Rappaport knew all of this. It was in the emails we exchanged. It was in the notes he included in the boxes he sent. It was posted on my web site. There had been no misunderstanding. There was no change in the basic understanding. All that had changed was that he had had “giver’s regret” seven and a half years after he had given me the gift and I had put all the money into it. He had decided he wanted to do something else with the material and was willing to go to any lengths to force me (unlawfully, unethically) to return it to him—to lie, to hire a lawyer to threaten me, to do all of the other things he subsequently did.
.
Here’s a useful comparison: Imagine that someone you distantly knew told you he was moving to Europe and asked if you wanted an old, beat-up car he had that he obviously couldn’t take it with him. He told you he had given his fancy cars to auto museums, but no one wanted the junker. Did you want it? It was a beat-up mess and you were reluctant to take it, but once you got it, rather than having it towed to the junkyard, you were inspired to restore it. So you built a garage to store it in and work on it, and spent tens of thousands of dollars and hundreds of hours of your time cleaning it up, fixing it up, and restoring it. Almost eight years go by and you keep working on it. It’s not a jalopy anymore. It’s cleaned up. It’s shined up. It now purrs like a kitten. Thanks strictly to you, since it wouldn’t have been around at that point if you hadn’t taken it. You tell the person who gave it to you about your work, how you’ve put all this time and money into his present. He decides he regrets giving it to you. It’s years and years later but he decides he wants it back, even though he doesn’t own it anymore. So he goes to a lawyer and claims you stole it from him, files court papers to scare and intimidate you, and (on top of everything else) sends you a bill demanding you pay his lawyer’s costs to get the car back from you. Well, that’s a fair illustration of what happened in this situation.