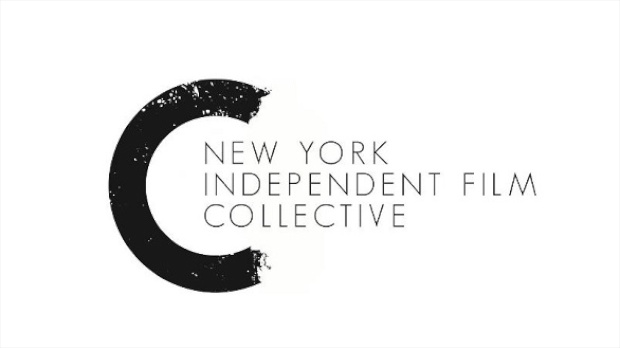 by Lanre Olabisi
in Filmmaking, Financing
on Mar 18, 2013

I am using Kickstarter to fund my latest feature film, Somewhere in the Middle. The film follows the intersecting lives of three individuals in three overlapping relationships. The way it’s told is unique, not only because we rewind and see different moments from different perspectives, but also because we started without a script.

My first feature August the First was made the traditional way. I sat down with my writing partner, wrote a script for two years and afterwards we filmed it. The results were good. The film premiered at the SXSW Film Festival and was well traveled on the film festival circuit, screening at over 30 festivals and winning the top prize in six of them. It was even nominated for a Gotham Award. At the end of its run August the First found a home with Film Movement and has enjoyed a nice life on Netflix, Hulu and DVD.

My second screenplay Highway to Nowhere started out the same way — I sat down wrote a script for two years (this time alone), only this time we didn’t film it. I couldn’t find funding. The script did well though. It won some prizes, I was even named to the IFPs Emerging Visions class, but the film never found the legs that it needed in order to get funding. I grew frustrated and tired of working in near isolation while developing a story. I wanted to find a different approach — something more collaborative.

Enter the New York Independent Film Collective. (NYIFC). We are a multicultural group of award winning filmmakers, screenwriters, actors and producers who are dedicated to the vision of creating one new film per year. We build our plots through a collaborative, improvisational process between the writer, actors and director.

We start without a script because we want to start off with realism. We want our foundation to be a truth that only comes from real life, so we act it out first – we improvise. With Somewhere in the Middle, it allowed us to see things first and then modify them, and only AFTER they worked, we wrote them into a screenplay. This process entire process took about a year. Once the script was complete, we needed funds to make a movie. And that’s where Kickstarter came in.

So, why am I so grateful to Kickstarter? The Masterpiece Theater answer would probably sound something like this: Kickstarter is a great community that allows people to support great projects in coming to life. While this is true – that’s not what does it for me.

True, no longer do filmmakers who are on a micro-budget need to drown in a sea of credit card debt to make their feature film (for that particular gift that keeps on giving, I’d like to thank my first feature, August the First). Now, instead of just hitting up your parents, you can hit up your entire community! Awesome, no? While this is great, this is not what moves me or has moved me throughout this campaign. It is something much more profound and something that I didn’t even realize I was looking for.

Through standard social media, I have roughly 1500 “friends,” but I am only really in touch with a couple dozen on a regular basis. I think many of us are this way — we have lingering online “friends” that we only interact with long enough to add them to a friend list. And then they linger…forgotten. But through Kickstarter, I have reconnected with my best friend from college and my best friend from when I first moved to New York. I hadn’t spoken to either of them in years. To finally hear their voices and catch up as if it were yesterday was enough to make me realize that the campaign had been a success.

The true genius of Kickstarter is that it has forced me to reach out to my community in a more meaningful way than most social media provides – it has forced me to be vulnerable. While this may be easy for some, I am a 6’2″-225-lb-former-collegiate-wrestler from the University of Michigan (GO BLUE!). Being vulnerable ain’t exactly in my DNA, if you know what I mean. Yet in order for this campaign to reach its goal, and for me to grow as a person alongside of it, I’ve had to learn to drop that facade.

If I were only to get personal growth and nothing else from this, then I say it has already been worth every minute, regardless of what happens to us financially. Don’t get me wrong, I want to make our goal — please, no more credit card debt!!! But ultimately the spirit of this whole endeavor is reaching out to your community and asking for their support. And more often than not, when you close your eyes and leap, those who love you will be there to catch you if you fall.

We started the campaign three weeks ago and we set out to raise $100,000 in 40 days. Every time I told someone our goal, they looked at me as if I were crazy. But I trusted that my community would be there. I had no idea HOW we would make it happen, I just knew that we WOULD make it happen.

We are still about 20 days from the finish line and we haven’t crossed yet. We are currently just under $55,000. While we now have a clear plan of how we are going to get there, it’s anyone’s guess if it will actually work. And yet for some reason, I am fine with that.

I’ve always loved the quote by Emerson: “Once you make a decision, the universe conspires to make it happen.” Substitute “universe” with “community,” and that’s Kickstarter for me. See you in three weeks.

Check out Somewhere in the Middle on Kickstarter.