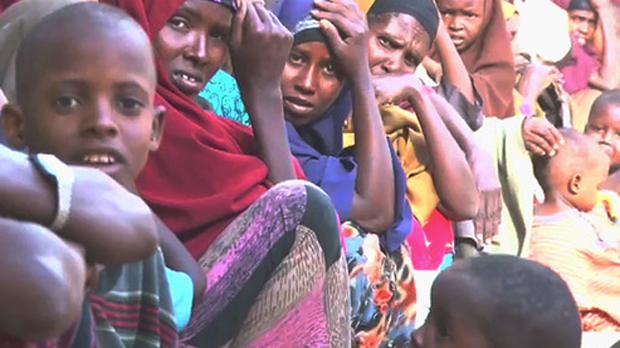 Dadaab lies in eastern Kenya, not far from the Somali border. The area hosts the largest complex of refugee camps in the world, with over 474,000 people, primarily Somalis, living in the combined Dadaab and Alinjugur camps, making it larger than Atlanta, Miami, Oakland, or New Orleans. The sheer size of the camp makes life difficult, causing most residents to stay there long-term as well; the camp has just turned 20, and many children have never lived anywhere else. According to the United Nations High Commissioner for Refugees, events in Somalia since 2011 have forced many more people across the border, making life in the camp increasingly dangerous for aid workers–several of whom have been abducted or killed–and residents alike.

The scale of the community is obviously disproportionate to the scant amount of global media attention it receives, and hence FilmAid International, a nonprofit organized in 1999 during the Kosovo conflict, decided to increase its efforts there. The organization has actually been in east Africa since 2001, working with refugee and non-refugee populations around Dadaab through filming, screenings, and radio programs, treating violence against women and other topics in addition to the obvious poverty of the camps. Then in October 2011 FilmAid was one of the six inaugural recipients of the Tribeca Film Institute New Media Fund, and with a production budget of $50,000 (and support from the Ford Foundation, a partner with TFI, and over a dozen other organizations) they were able to create a much larger project of documenting refugees’ lives than ever before.

The result is Dadaab Stories, an online multimedia documentary project that launched last week at http://dadaabstories.org. To their credit, the FilmAid team made two crucial decisions in how they would approach such a sprawling subject: first, they rejected a feature documentary in favor of multiple smaller pieces, and not just video: Dadaab Stories includes poetry, art, photographs, blog posts, and, presumably, anything else that will chronicle the lives of the residents there; it’s an ongoing project, allowing for new material to be added for years to come. Second, they by and large handed production of the project over to the subjects themselves. It hence became a piece of community journalism, following the precedent of projects like the NFB’s “Challenge for Change” series, which beginning in 1967 trained local (often indigenous) populations to create their own films and then distributed them amongst the featured communities and the general Canadian population, and the 1981 Australian documentary Two Laws, which was created collaboratively by Aborigines about Aboriginal land rights, largely for outside (white Australian) viewers. By letting the citizens of Dadaab tell their own stories, Dadaab Stories restores their voice and human dignity; like “Challenge for Change,” these stories will be important for citizens of the camps to spark discussion and activity among themselves, and posting it on the Internet additionally gives FilmAid a distribution model to a global audience that Two Laws never enjoyed. What it most needs now, perhaps, is a viral public relations campaign similar to that of the much better-known but arguably ethically problematic Kony 2012 film from last year.

The other thing it accomplishes is making the political personal, and vice versa. Dadaab Stories might just have accurately been called Dadaab Portraits: each piece gives us a glimpse of the people who live in Dadaab, and they are strongest when those portraits are most developed. Interviews of individuals simply sitting and talking, rather than coming across as soporific “talking heads,” are completely engaging. And the more action-oriented pieces, about those who work to create The Refugee Newspaper, or to provide neonatal care, or to create art and music, combine with these interviews to create a mosaic group portrait of a resilient and optimistic community facing down harrowing circumstances. Ultimately this isn’t a project about FilmAid or Western intervention; it’s about the people who are Dadaab. And it’s evidence that transmedia, the Internet, and citizen journalism are still revolutionizing the way we can learn about and advocate for people around the globe.