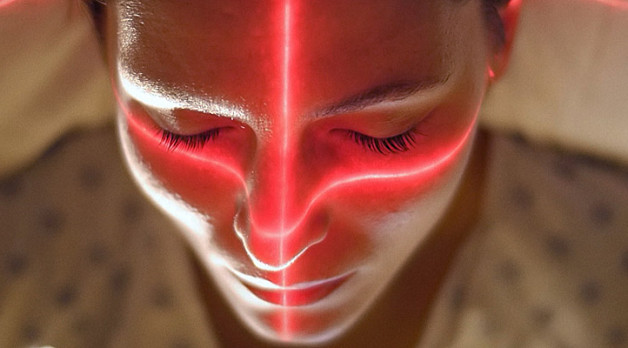 Shane Carruth’s Upstream Color opened this weekend, and it’s gotten great reviews as well as prompted a certain amount of head scratching. The film is the cover of our current issue, and in it I spend about 5,000 words talking with Carruth about the movie, his DIY distribution plan, what he’s up to next, and why he stepped out of the Hollywood development mill.

For those who’ve seen the film and want to know a bit more, here’s Carruth’s answer to my question about the film’s inspirations. I was surprised at how voluble he was and interested in unpacking some of the film’s mysteries.

I’m from Dallas, which is a very conservative place. I come to L.A., which obviously isn’t, and I go to New York, which isn’t, for the most part. And so, I hear both sides of almost every topic. And more times than not, it seems like people, once they’ve aligned themselves to a thought, it’s no longer about objectively figuring out whether it logically adds up anymore. It’s more about getting the talking points from [other members of your] group. Anyway, that’s probably too deep into this, but it’s the idea of people forming identities based on the things they find around themselves, [rather] than critically getting to what they believe is true or not true. I find that really interesting.

What I wanted to do was have a story where I break some people apart and make them have to figure it out all over again — what it is that they are, how they see themselves and how they behave. They’re going to wake up — whatever “wake up” means — in a ruin of some kind, and they’re going to have to understand or explain to themselves what happened to them. That was sort of the kernel of it. I wanted to explore the concept of trying to recognize that you’re in a narrative, one that you may have made up yourself, or one that was [impressed] on you from an outside force. Thematically, this is everything in the film for me. And then you have a potential romance in the midst of it all, and I found that incredibly compelling. I think I had The Hustler on repeat last year for months. That’s where it comes from, the romantic possibility that exists when everything has been stripped away. I don’t know a better premise for a love story that that.

And then, I needed this mythical cycle to be happening around them. They’re not aware of it, because if they are, then that changes everything. Then they know that their story is affected by it. I wanted these mythical elements to be there, but that [the two central characters] not touch them. Once I knew that, then it’s like you get to play with these things. You’ve got a Thief, you’ve got a Sampler and you’ve got the Orchid Mother and Daughter as the three points of this continuing cycle’s triangle. The Thief is clearly a pretty negative force, for the most part. The Orchid Mother and Daughter don’t know what they’re doing. They’re just cogs in the machine. They’re completely benign. And then, you’ve got The Sampler, who is a complete unknown hanging in the middle, this character we can read into. Is he just observing, or is he gaining something from his observance? Is he saving people from this worm that is constricting and controlling them? Or, is he just using this device to grow his own fishbowl full of emotional experiences? I’m trying here not to talk about God; it’s like, that is what we’re talking about. There is an offscreen force that we attribute things to that we can’t explain. Anyways, that’s way too many words, but that’s where that story came from.

You can subscribe to Filmmaker and read the full interview now, or download this issue on the iPad for only $2.99.