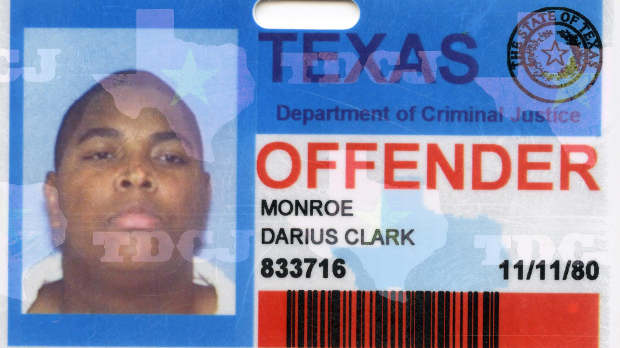 by Nick Dawson
in Filmmaking, Post-Production
on May 13, 2013

This morning the 10 projects selected for the 2013 IFP Documentary Labs were announced. All are works by first-time directors and have budgets of less than $1 million, and filmmakers are provided with an immersive mentorship experience to guide them through post-production and looking ahead to the festival circuit and beyond.

The films selected include Sara Dosa’s doc on mushroom hunters, Roots and Webs, produced by Court 13’s Josh Penn, and David Thorpe’s Do I Sound Gay, which has How to Survive a Plague‘s Howard Gertler on board as producer. Spike Lee is the executive producer on Darius Clark Monroe’s Evolution of a Criminal, another project participating this year.

“Now more than ever, it’s essential that independent filmmakers have the knowledge and tools to define and reach their audience through multiple platforms, as well as the time and space to make their work the best that it can be,” said Joana Vicente, IFP’s Executive Director. “With more than 80% of our previous Lab projects debuted in festivals and being released worldwide, the impact of this program has been significant for its participants. We are also thrilled that our longtime supporter Time Warner Foundation has significantly expanded its support of the program, allowing us to provide increased support and crucial mentorship to filmmakers working in the ever-changing landscape of filmmaking, marketing and distribution.”

Below the selected projects for the 2013 Documentary Labs are listed in full:

Given uncommon freedom and individual rights, a group of young children enroll in a newly opened ‘free school,’ where rules are created democratically – students and teachers have an equal vote – and classes are voluntary. Fellows: Amanda Wilder (Director/DP), Jay Craven (Producer). Brooklyn, NY

Tibetan artist Tenzing Rigdol sets out on a mission to bring Tibet closer to Tibetan exiles through an unprecedented art project, inspired by his late father’s unfulfilled wish to breathe his last breath in his homeland. Losing his father made Tenzing realize that wishing to return home is common among all Tibetan exiles. Thus an art project was born to make this common dream a reality as the artist struggles to bring 20,000 kilos of native soil from Tibet to Tibetan exiles in India. Fellows: Tenzin Tsetan Choklay (Director/ Producer /Writer/DP/Editor); Milica Zec (Editor). Queens, NY

Do I Sound Gay?

Deep in the heart of Texas, what begins as an innocent tale of family, sacrifice, and financial hardship quickly escalates into a true-crime thriller. Fusing together compelling interviews, striking re-enactments, and home video, we are forced to ask ourselves how a 16 year-old honor roll student evolved into a bank robber. Darius Clark Monroe (Director); Jen Gatien (Producer); Doug Lenox (Editor). Brooklyn, NY.

Watching a chicken hatch makes combat veteran Alex Sutton smile, so he decides to become a farmer. The sense of purpose he once felt as a soldier returns, but his crippling PTSD remains. Along with his wife, Jessica, he toils through four seasons on a different kind of battlefield and wonders if, for him, the war will ever end. Fellows: D.L. Anderson (Director/Producer/Editor); Alix Blair (Director/DP); Mikel Barton (Editor). Durham, NC.

War is hell. Why would anyone want to spend their weekends there? “In Country” is a cinematic feature documentary following a “platoon” of historical reenactors who are recreating the Vietnam War in the woods of Oregon. Not just a film about the aftermath of the Vietnam War or the fantasies of grown men; it’s a meditation on how the drums of war continue to draw men to battle despite devastating consequences. Fellows: Meghan O’Hara (Director/Producer); Mike Attie ((Director/Producer/DP); Lindsay Utz (Editor). San Francisco, CA; Seattle, WA.

Shaken by the tsunami and nuclear disasters, a grown daughter returns to her rural Japanese artist community to reconnect with her estranged parents and hometown. Meditative moments at the pottery wheel punctuated by tense family conversations, sudden earthquakes and radiation level readings, Kasamayaki exposes the fragility of life and the imperfect nature of human relationships. Fellow: Yuki Kokubo (Director/ Producer/DP/Editor). Brooklyn, NY

The Life and Mind of Mark DeFriest

Mark DeFriest is an American prison legend, an escape artist who has spent 32 years behind bars, most of it in long-term isolation, with little light, hope, or human contact. When the doctor whose diagnosis originally condemned DeFriest to prison admits he was wrong, a new chance for freedom is borne. But is it too late for redemption? Fellows: Gabriel London (Director/Writer/DP); Daniel Chalfen (Producer); Nick Clark (Editor). New York, NY

Mateo follows L.A.’s most notorious troubadour, Matthew Stoneman, as he fulfills his most recent obsession, “Una Historia de Cuba,” a record of original compositions recorded over the course of six years piece meal style in Havana, Cuba. Ultimately, “Mateo” is a study of barriers — cultural, geographic, and moral — and a man who doesn’t believe in any of them. Fellows: Aaron Naar (Director/Writer/Producer/DP/Editor); Nicole Vaskell (Editor). Los Angeles, CA

If you lose your family, you must build it anew. Amid the desolate Oregon wilderness, the lives of two former soldiers intersect. Roger, a former US Army sniper in Vietnam, and Kouy, a platoon leader with the Khmer Freedom Fighters who fought against Cambodia’s Khmer Rouge, come together each autumn for the matsutake mushroom hunt. The two each wrestle with wounds from Southeast Asian wars, attempting to find the high-priced mushroom before snowfall. An odyssey into the woods, into the memory of war and survival, we tell a story of family from this enigmatic woodland realm. Fellows: Sara Dosa (Director); Josh Penn (Producer). Berkeley, CA.