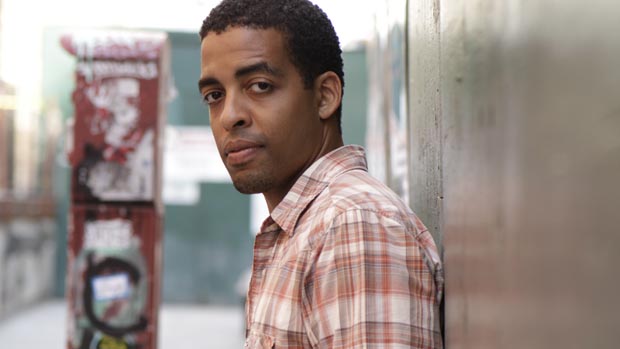 Possessor of a sneaky sort of charm that hides his utter tenaciousness, Rashaad Ernesto Green, a promising directorial talent from the Bronx, makes movies that get under your skin with what, upon reflection, seems like relative ease. His pictures, a trio of shorts and a forthcoming feature, openly seek to reveal the humanity within the taboos and faux pas of people of color. Green is clearly out to surprise us with his unusual depictions of equally unusual milieus, and he isn’t much for asking permission. “I was in a black box theater in St. Louis, reading The Seven Habits of Highly Effective People,” he told me recently during preproduction for his forthcoming feature debut Gun Hill Road. “It said to view your life from the prospective of your funeral. I let it inspire me. When I sat there in the casket, looking at what others would say about me, I felt them speaking about someone who did not wait for opportunities to come my way, who took the bull by the horns and created my own path.”

Whether it’s his HBO Short Film Award winning Premature, a classically built narrative short about a Bronx teenager who, having found no support for her pregnancy from either her disaffected family and brutal community, resorts to drastic, near-tragic measures to free herself of responsibility, or his 2009 Sundance approved four-minute short Choices, a one-shot formalist wonder that stays with you well after it’s over, you get a sense with Green that he is someone who very deeply wants to say vital things through this often wanton medium. The stark impression Choices leaves you with of one young man’s ambiguous sexual encounter with his girlfriend is the product of willful attention to the most nuanced details of acting. Little surprise then that one finds that Green was a working actor for years before turning his attention to film.

The NYU Film grad counts Spike Lee, the walking film-directing brand and dean of Black Cinema himself, as a mentor, influence and friend, but he also name checks Paul Greengrass, Clint Eastwood and 2003 25 New Face Seith Mann as influences. “I respect those who have a voice, who speak up, who have something to say,” he said. His upcoming film, produced by Night Catches Us producer Ron Simons, is about “a Puerto Rican family in the Bronx whose father returns home from prison after three years to discover that his teenage son is gay/transgender, and the drama that ensues.” Look for it on the festival circuit next year. — Brandon Harris