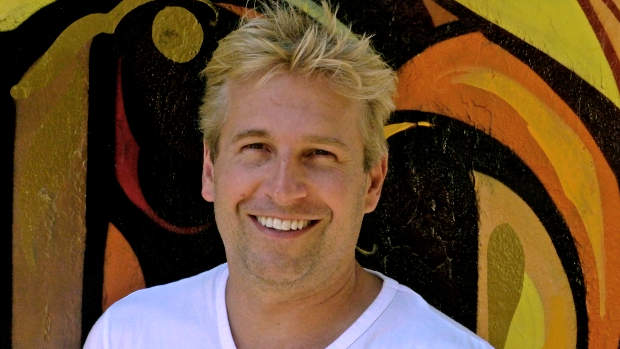 Before completing Dirty White Boy, his screenplay about the last days of rapper Ol’ Dirty Bastard and his relationship with VH1 p.a.-turned-manager Jarred Weisfeld, Brent Hoff had 24 partially written scripts on his hard drive. “One of them was over 200 pages long,” he says. “I came up with lots of ideas, but I never completed them.” But when Hoff heard that producer Todd Hagopian had bought Weisfeld’s life rights along with those of ODB’s mother, he knew that he was the guy to write — and finish — that story. “I worked at VH1,” says Hoff, “and I met Jarred and ODB there. I was the guy who pitched the show Freebird.” In Hoff’s script, Freebird, a reality show that follows sprung celebrity convicts on their first days out of prison, is the beginning of what is easily one of the most surreal client-manager relationships in show-business history. Capturing not only the manic insanity of the early days of cable reality television but also the hilariously disturbing business world of rap moguls like Damon Dash and the RZA, Dirty White Boy is all at once a time capsule, black comedy and love poem. “No one gave a shit about that man,” Hoff says about the crowd that surrounded ODB at the end. “If they knew him at all, they were trying to make money off of him, and if they didn’t know him, he was like a joke. I knew him as a person, and he was trapped by having to be the ‘crazy black clown.’ It’s not something he could do, and it killed him.”

Dirty White Boy is currently closing its financing, with Hagopian, Jay Van Hoy and Lars Knudsen as producers. In addition to giving him a nearly go movie, the Dirty White Boy script did something else for Hoff — open the floodgates. “I’ve finished four scripts in the last two years. Two since January, he says.” In addition to Dirty White Boy, there’s a “based on true events” tale of marine biologists investigating a super swarm of cannibalistic squid that picked up a Tribeca Film Institute Sloan Award. That script, El Diablo Rojo, is an outgrowth of Hoff’s day job — he’s editor of Wholphin, the quarterly DVD magazine he founded five years ago with writer Dave Eggers. “For Wholphin I made this film about squids being good mothers,” Hoff says, “and it ended up playing in all these art galleries around the world. It was cool for marine biologists to see the stuff they do on a daily basis as art, so some of them invited me out on a giant squid hunt.” And then there’s a project he’s writing with the actor John Cleese, and two more scripts, both which he hopes to direct this year. One is a micro-budget story of “an intervention gone wrong”; the other is a collaboration with former 25 New Faces Encyclopedia Pictura, “a 3D LARP movie” he wants Tyler, The Creator to star in.

So, did years of “being locked in a not entirely air-conditioned cubicle in Palm Springs watching 50 shorts a day” have something to do with Hoff’s sudden rise as a screenwriter? “It’s been beneficial,” he says. “Going through that kind of hell has been a really good film school in terms of helping me figure out what I want to say.” But Hoff says there’s another, more compelling factor: money. “Money was the only way I was going to finish something,” he says. “Once I made that deal with Todd to write Dirty, it was like I’d be breaking a contract if I didn’t finish it. It psychologically helped me to feel I’d be wronging someone. If it was just for me, I’d be working on the first scene for the rest of my life.” — S.M.