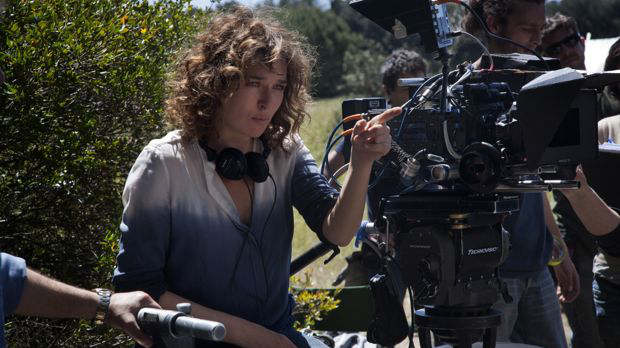 by Ariston Anderson
in Directors, Festivals & Events, Interviews
on May 31, 2013

Never one to shy away from difficult topics, Italian actress Valeria Golino chose the subject of euthanasia for her feature directorial debut, Miele. Showing the human stories behind an issue few want to discuss, with Miele Golino succeeds in creating a film that is both touching and sincere. Playing in this year’s Un Certain Regard in Cannes, it tells the story of a young Italian women, Irene (Jasmine Trinca), who travels once a month to Mexico to buy over-the-counter barbiturates designed to put dogs to sleep. Back home, Irene goes by the name Miele, or “Honey,” delivering the drugs to terminally ill patients, offering them a pain-free death in exchange for an envelope full of cash. Believing in the right to end one’s suffering, Irene feels like she’s offering a much-needed service in her conservative country. She barely flinches when a relative of one customer tells her, “You have a really shitty job.” But it’s clear the job is weighing on her.

After Irene delivers the barbiturates and a list of instructions to an aging man (Carlo Cecchi) in Rome, she learns that he is not terminally ill but just terminally depressed. Enraged that the man would dare use her service as a means to kill himself, she visits him to try and retrieve the deadly drugs. They start an unlikely friendship and we begin to think that the man might have found a new reason for living. Miele was one of the highlights of Un Certain Regard this year, full of strong performances, a natural rhythm, and a multi-faceted story that kept the audience engaged in each character’s world. After years in the acting world, from indie to Hollywood, Golino is ready to shine as a director. We’re looking forward to see what she chooses next.

Filmmaker: How did Miele project come together?

Golino: My budget was 1.7 million [euros], which is not much, but it was more than enough for me, man. I thought if I couldn’t do this movie with very little money, than I’m not going to do it, because nobody wants to put a lot of money into a film like this. Why would they? To see people die? I mean, it’s hard to pitch. So I pitched it to my boyfriend [actor Riccardo Scamarcio] in bed. He said, “Okay, let’s do it.” I must be a really good lover.

He was an extremely courageous producer. And he put in his own money, which nobody does anymore. I didn’t agree with it, but he did. And then we went around and we found tax credits, and we found a bit from television, a bit from the Minister of Culture, the usual, but not asking too much from anybody, so that ultimately we were free.

Filmmaker: Why were you drawn to this story?

Golino: I was drawn to this story because I thought it concerned everybody somehow, no?  It’s part of our lives whether we like it or not, or it will be. It doesn’t mean for everybody it’s the same, but it should concern us all. I thought it was also a cinematographic story, this idea, that there was this very interesting female character.

And she’s so contradictory too, so much compassion in her, and at the same sense so solitary. She’s a beautiful, modern figure, you know? So I thought, if it interests me, somebody else will be interested too. And here we are. 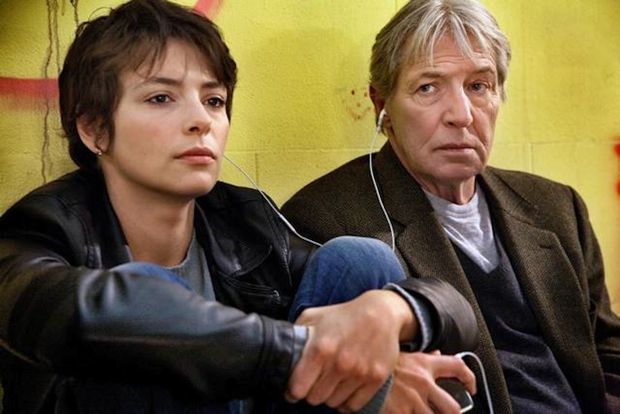 Filmmaker: How did you use your experience as an actor to direct?

Golino: Directing Jasmine, I gave her what I would have wanted as an actor. I think I made her feel protected and never judged, so to give her a sense of freedom. That’s always what I wanted from a director: freedom and protection.

I’ve worked with so many good directors and each of them taught me something, not knowingly, but they did. I have a lot of experience on a set, and I have a lot of love for actors, so that was the least of my problems.

Filmmaker: Who taught you the most valuable lesson?

Golino: Sean Penn [The Indian Runner] taught me a lot about how to deal with actors. He taught me how to be loving, and at the same time never to go for my first easy instinct, but to go further, to go a little bit on the opposite of what you thought. Never play for the first impression. For example, if you smoked a joint, don’t play it like you’re all sleepy. It drives me crazy. No, play it like you’re on coke. Because that’s what happens with human beings in real life. They never do the cliché.

Filmmaker: What did you find most difficult about stepping behind the camera?

Golino: The big problem was that I had a movie subject that was full of traps.

I knew everything I wanted to avoid, the ideological, the rhetorical, sentimentality just for the sake of it, making a spectacle of pain. But how can you do a movie without going there? So I left scenes before the natural end. As soon as I smelled danger, I was out of there. Because I wanted to talk about death but I wanted to avoid any rhetoric.

Instead, I wanted beauty. I was looking for beauty at all times. My actors, they’re beautiful. How beautiful is my old man?

I also like my old guy because he’s not a beginner early on. He’s not like, “I’m going to teach you something, young girl.” No he’s just, he’s reticent, you know? And he’s light and he’s funny. So I wanted to have that humor in life. I don’t know, the next movie I’ll make will be really good.