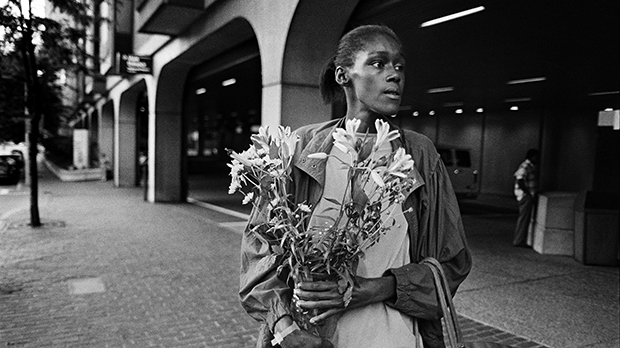 by Stewart Nusbaumer
in Directors, Interviews
on Jul 9, 2013

For 25 years, first as still photographer and then as filmmaker, David Binder doggedly chronicled the Farrow family.  The mother/wife dies … husband grieves and copes … four young sons struggle and mature … and for 25 years David Binder captures the story.

Binder’s initial photo essay on the Farrow family was published by In Health magazine in 1990, and updated a decade later in Life magazine. His Farrow photographs were displayed in several major exhibitions, including at Harvard AIDS Institute and in 40 cities for the United States Centers for Disease Control. A decade later he made a short documentary film, Calling My Children, which screened at 18 film festivals and was awarded six first prizes and the CINE Golden Eagle, and recently the film had 1,244 broadcasts on 211 PBS stations.

An intense combination of immersion photojournalism, contextual journalism and long-form investigation, this is a story with depth and length that evolves into a continuum. Instead of Binder changing subjects, what changes are the subjects. Meanwhile, always present is the constant of death, Gail Farrow’s death. At the age of 27, the loving mother was taken from her four adorable boys and husband. For a quarter of a century, this story of loss and survival and growth has covered Binder as much as he has covered the story.

Filmmaker: Initially, in 1988, what drew you into taking photos of the Farrow family?

Binder: AIDS in the 1980s was the most important event happening in the world. As a photojournalist, I wanted to provide context to the issue and document the historic circumstance. I needed a subject that could connect AIDS with people who did not find any connection with the disease. Through an AIDS organization I contacted Gail Farrow and she gave me an opportunity to provide a recognizable context to the illness and provide humanity to the conversation.

Filmmaker: Gail Farrow contracted AIDS from a blood transfusion, right? How did this affect the story?

Binder: That Gail got AIDS from a blood transfusion in a hospital has helped people to recognize she and the family are like them. There are assumptions that she was a drug user or that she may have been responsible for getting AIDS. That’s not the case. So we can see Gail and her family in universal terms dealing with illness, loss and healing. This story adds up to being one about much more than AIDS.

Filmmaker: But why pursue this subject for a quarter century? Some might call that a little obsessive.

Binder: The short answer is, I don’t know. It has been a serendipitous process – in the first year and half, I was with the family every day. Over the years I kept seeing them, documenting their lives as the four boys grew up, the problems, the good times. And through these years the story just kept asking to be told.

Filmmaker: Who were major influences on your work?

Binder: The great photographer W. Eugene Smith was a huge influence. He provided the template for still photographic storytelling. His work showed how knowing the person and the circumstances were done through images of intimacy. Even in gruesome situations, images of tenderness and intimacy provide much more connection than simply images of gruesomeness. Then there is Dorothea Lange’s essay [“Photographing the Familiar”], which places value on the recognizable, the familiar.

I love Pennebaker and Barbara Kopple films because they are so immersive with the sound and motion and images, and they bring a different experience in connection with the family. There’s Steinbeck’s Grapes of Wrath – that book was everything to me, the story structure and his insistence that readers put out the effort to understand the story.

Filmmaker: So what motivated you to make the change in 2008 from still photography to moving images?

Binder: There simply are not many places left in print for these kinds of stories. There are so many more outlets for film. That, and I like working with a team and I wasn’t working with picture editors or writers in my freelance photo work. And then there’s this: I had a couple of experiences with magazines significantly changing the context of my work. That was frustrating. With my film I was able to completely maintain the context of the story.

Filmmaker: Was it difficult to make this transition from one medium to another?

Binder: I understood the story I wanted to tell and the tone and the pace I wanted, the challenge was in the technical aspects – the nature of how sound and motion work in constructing the narrative. I started editing the film on paper with the transcripts and quickly understood this was not working because the tone and intonation of what was being said matter as much as how the thoughts are connected. The challenge was in working with the captured material to develop the seamless narrative. I did have a great editor, Jon Mercer, who brought all his talents to constructing the story. The gear was a challenge, but nothing too tough.

Filmmaker: Although Gail Farrow is a central character in your film, you did not have film of her since she died two decades before you turned to filmmaking.

Binder: The letters that Gail wrote to her family were her voice in the film. The letters are very important. And we used my photographs of all the family members. They were used not simply as historical archival content but as characters themselves.

Filmmaker: How has the story changed over the quarter century?

Binder: The story has shifted at every telling. The original story was about a woman, Gail Farrow, who was living with AIDS and knew her time was short and her children would grow up without her. She focused on her family as much as possible. The update 10 years later in Life magazine was a story lamenting the past while documenting the kids’ early-teenage years. A coming-of-age story within the context of their deceased mother’s hopes and dreams for them. In the film Calling My Children, we see the family struggling to remain connected as the kids are now young adults and have lives of their own.

The challenge has been in crafting each telling of the story as it shifts and morphs while simultaneously maintaining the central threat of the story.

Filmmaker: Your next project?

Binder: A longer film – maybe an hour, maybe hour and half – a fuller telling of the children’s lives as they now have families of their own. Ronald Jr., Frank, Kennie and Bennie are around the same age their parents Gail and Ronald were when I started in 1988. Most of them have children of their own who are about the same age they were when I did the original story.

Filmmaker: Will this feature film be your final project on the Farrow family?

Binder: That’s tough to know. This was never intended to be what is now a 25-year-long project. I do imagine that I’ll continue.