Love Thy Neighbor As Thyself — Not: Powerful New Work at the Jerusalem International Film Festival 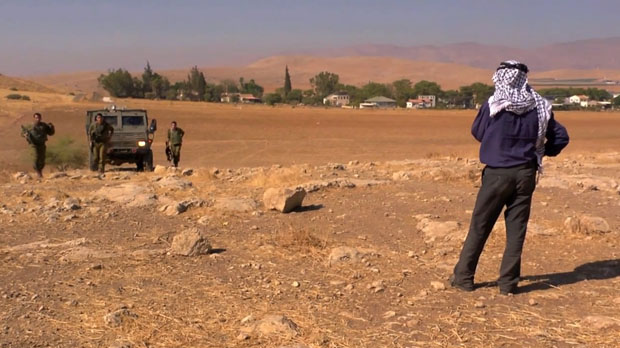 The last years have brought us a number of outstanding films that expose Israel’s brutality in the West Bank and Gaza — areas captured in the 1967 war which have remained under the harsh grip of direct or indirect Israeli control for over 40 years, in total violation of international law, and more importantly, in total violation of any human, moral or spiritual consideration or justice. The Law in These Parts, The Gatekeepers, 5 Broken Cameras  and this year’s The Lab by Yotam Feldman, about the booming Israeli weapons industry, are among the excellent documentaries which — if the international community was listening —  should have engendered, I would have thought, some serious change.

All truth asks, all it wants, is the liberty of appearing, says Thomas Paine, but it seems no one is listening.

Despite this ugly fact, Israelis who are deeply revolted by the situation are continuing to make important work. Irit Gal’s The Fading Valley is a stunning documentary about the Jordan Valley, and even those of us almost inured to cruel Israeli tactics were horrified by her expose.

The Jordan Valley lies along the eastern border of the West Bank, currently home to 10,000 settlers and 80,000 Palestinian farmers. In an attempt to drive the Arabs off their own land, thereby creating a fully Arab-free zone all along the Jordanian border, Israel has instituted a policy of water segregation. The 10,000 settlers get 80% of the water; the 80,000 Palestinian farmers get 20% (statistics from the Israeli Human Rights Organization B’Tselem). So while the lush, green Jewish settlements enjoy 24/7 free flowing taps and hundreds of thousands of cubic meters of water on their crops and lawns, the Palestinian farmer-herders 300 yards away get miniscule amounts of running water one hour per day…..or less. Some days the Arab families, including of course children, as well as their livestock and crops, get no water at all. Sadistic torture in an area where temperatures often exceed 100 degrees.

Director Irit Gal, in an interview after her screening, noted that the farmers have nowhere to go for help. The Jewish settlements and the water “arrangement” are formally legal, according to existing racist Israeli laws. On the other side, the Palestinian Authority does less than nothing to help the farmers. One wonders they have not turned to armed resistance. 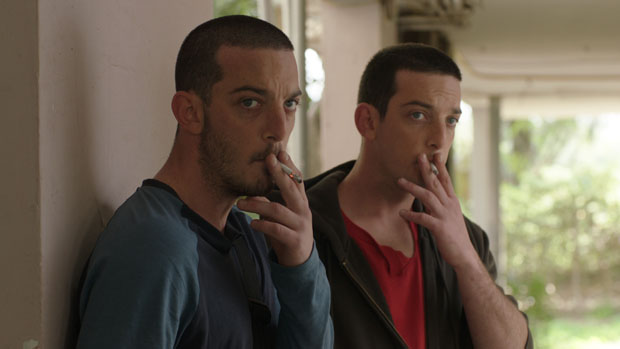 The occupation hurts the Palestinians, first and foremost, but also ruins the perpetrators, on a soul level. Talented director Tom Shoval’s Youth, a strange, strong fictional piece set in Tel Aviv, uses an urban kidnapping to look at how military brutality infiltrates consciousness, then mixes with the economic crisis inside Israel to create an ugly, bubbling cauldron that’s going to explode, if not today then in the very near future. With an honorable nod to Funny Games, and creepily excellent performances by twins Eitan and David Cunio, Youth indicts the occupation without getting near it.

Youth rightfully won most of the top awards at this year’s fest, including Best Full-length Feature, Best Editing (Joelle Alexis) and Best Actor, shared by the twins. 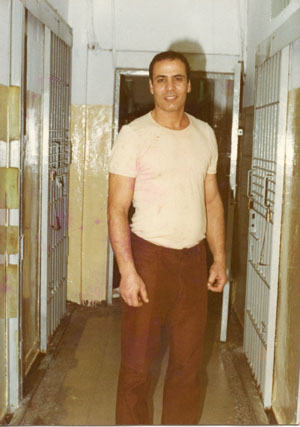 Nurit Kedar and Yaron Shani took the award for Best Documentary Film for their amazing, deeply meaningful Life Sentences. This finely detailed work, 11 years in the making, concerns a boy born in Israel to a Jewish mother and Palestinian father…a father who was eventually arrested and convicted for 22 bloody terror attacks inside Israel. The film follows this boy’s jagged path from Israel to Tunisia, from Montreal, Canada to Gaza, but most importantly it tracks his growth from a child living in tortured isolation to a mature man who rejects all patriotism, all racism, all organized religion and embraces the compassionate commandment “Love thy neighbor as thyself” on the deepest possible level.

If I had my way, Life Sentences would be required viewing in every home and school on planet earth. We will all die of thirst if we ignore its essential, profoundly liberating perspective.

Nina Menkes is a fiercely independent filmmaker who lives between Los Angeles and Tel Aviv. http://www.ninamenkes.com