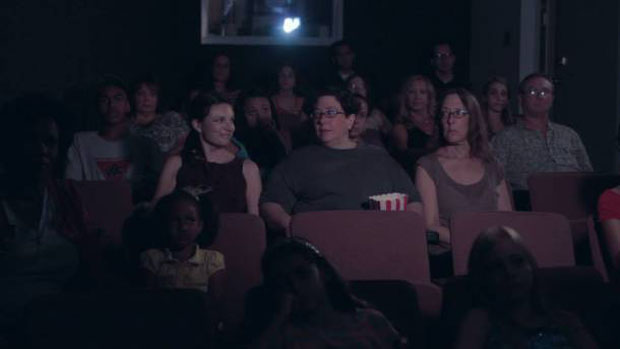 Today the Sundance Institute announced the full program for Next Weekend, the L.A.-based mini festival spun off from Sundance’s NEXT strand, which spotlights emerging filmmakers. Running August 8 – 11 at the Sundance Sunset Cinemas and other venues throughout the city, Next Weekend’s lineup is mostly culled from the Park City program, but there are also new additions from Tribeca (Stand Clear of the Closing Doors) and SXSW (12 O’Clock Boys). There are also a couple of world premieres: Madeline Olnek’s The Foxy Merkins and Chadd Harbold’s How to be a Man, the directors’ followups to Codependent Lesbian Space Alien Seeks Same and Revenge for Jolly, respectively.

SFF director John Cooper said of the new festival, “In creating NEXT WEEKEND we were looking to shed our parkas and  boldly celebrate this ‘other side’ of Hollywood — the far edge of independent filmmaking.”

The full program is below:

Cutie and the Boxer / U.S.A. (Director: Zachary Heinzerling) — Over the course of the chaotic 40-year marriage between New York-based Japanese artists Ushio and Noriko Shinohara, their headstrong, yet complementary personalities form a graceful rumination on companionship, sacrifice and the creative spirit. (Documentary) LA PREMIERE

How to be a Man / U.S.A. (Director: Chadd Harbold, Screenwriters: Bryan Gaynor, Chadd Harbold, Gavin McInnes) — When former comedian Mark is faced with a rare form of cancer, he hires an impressionable cameraman to document his crude and comical lessons on what it means to be a man for his unborn son. But when Mark nearly loses everything, he realizes he has the most to learn. Cast: Gavin McInnes, Liam Aiken, Paulo Costanzo, Megan Neuringer, Nigel DeFriez, Nicole Balsam. WORLD PREMIERE

A Teacher / U.S.A. (Director and screenwriter: Hannah Fidell) — A popular young high school teacher in a wealthy suburban Texas high school has an affair with one of her students. Her life begins to unravel as the relationship comes to an end. Cast: Lindsay Burdge, Will Brittain, Jennifer Prediger, Jonny Mars, Julie Phillips, Chris Doubek. LA PREMIERE

Social Butterfly / France, U.S.A. (Director and screenwriter: Lauren Wolkstein) — When a 30-year-old American woman attends a teenage party in the South of France, guests wonder who she is and what she is doing there. Cast: Anna Margaret Hollyman, Camille Claris, Ulysse Grosjean.

A Story for the Modlins / Spain (Director: Sergio Oksman, Screenwriters: Carlos Muguiro, Emilio Tomé, Sergio Oksman) — The tale of Elmer Modlin who, after appearing in Rosemary’s Baby, fled with his family to a far-off country and shut himself away in a dark apartment for 30 years. LA PREMIERE

Until the Quiet Comes / U.S.A. (Director and screenwriter: Kahlil Joseph) — Shot in the Nickerson Gardens housing projects in Watts, Los Angeles, this film deals with themes such as violence, camaraderie and spirituality, through the lens of magic-realism. Cast: Solomon Gibbs, Storyboard P.

What Do We Have in Our Pockets? / U.S.A., Israel (Director: Goran Dukic, Screenwriters: Goran Dukic, based on a short story by Etgar Keret) — A most unusual love story unravels when the objects in a young man’s pockets come to life. Cast: Azazel Jacobs, Diaz Jacobs.