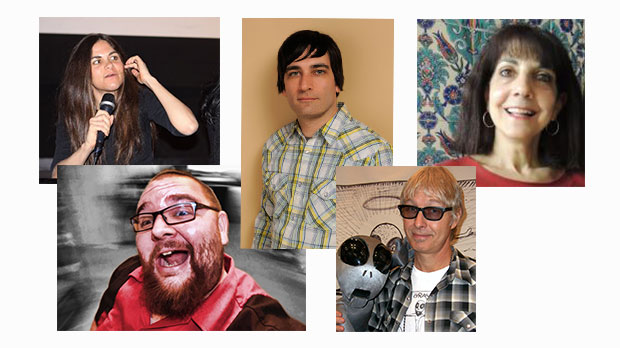 by Stewart Nusbaumer
in Filmmaking
on Jul 30, 2013

In Baal – the BBC’s 1982 cinematic adaptation of Bertolt Brecht’s 1918/1923 dramatic play – Ekart is broke and unable to pay his bar bill. In a grimy tavern, he explains: “If I had money to pay, it would undermine my sense of self.”

Paying a bar bill can be a bitch, but living as a drunken-pauper doesn’t sound better. Unlike Ekart in Baal*, I doubt today’s bohemians would be offended by a skyscraper of money to pay their weighty bills. The nobility of eating grass and scrounging dirty bar room floors for coins is not hip in Brooklyn.

In the title role as Baal, David Bowie is a poet-singer rejecting established society to roam the countryside for beer and women. The antihero ultimately stabs to death his friend Ekart. Brecht’s romantic vision of the impoverished artist is not a model for aspirating and veteran filmmakers. Yes, murdering a film critic or two might be tempting, but there are better options.

One option is to consult the indie film community, a gold mine for advice. You can dig for counsel on financing and distribution … mine for guidance on narrative flow and character development … just about anything. It’s a community with a big heart and lots of big talkers. Advice is generally free – after all, like Ekart in Baal, who has money to pay?

I asked for the advice of five film reviewers on how indie filmmakers can get their films screened, a critical step in getting their films reviewed.

Filmmaker: What should a filmmaker do to increase their chances of getting their film screened?

If you want the film seen, make it as easy as possible for me to see it. Screeners are one way to do that. I know it’s not always popular to have screeners available, everyone wants their film seen in the theater and there’s that fear of piracy, but it makes it so much easier to give coverage when it isn’t dependent on a festival’s screening schedule. I’m a professional, I’m not going to pan a film and not “get” it because I saw it in the office as opposed to the big screen, and I’m not going to risk my reputation, and job, pirating your film.

Wise filmmakers will smoke out a list of reviewers who have a weak spot for comparable films – whether ginned by genre, cast, topic, sensibility or, of course, filmmaker – and  zoom the reviewer a persuasive info-rich note with a link to the website and trailer. Aggregate sites such as Rotten Tomatoes and Metacritic can be a handy first tier of research.

Filmmakers are well advised to attend festivals and events where critics huddle, and to work the room. To mention but one example, Shahar Cohen sat next to me at the AFI Docs (then called Silver Docs) screening of his film Souvenirs and our crossed paths at that night’s party. We bonded. I not only interviewed him for FilmFestivalTraveler.com and other outlets, but also recommended the film for national cineclub Talk Cinema and a Wesleyan University festival where I was speaking.

Lastly, budget permitting, there’s nothing like a good gimmick. To quote veteran publicist Joe Libonati, “Shipping pastries through the mail is always a good way to get attention.” He’s right. When I was at Adweek, Libonati FedExed me a cannoli, which moved me to blog about both the unlikely swag and the NBC Universal media property it was meant to flak.

Make movies that are unique or at least offer a unique perspective, whether it’s an original screenplay, compelling documentary, or an amazing novel that gets optioned and produced. Avoid the SOS. Neither a star nor director can rescue a bad story/script. Stay true to your vision; don’t compromise it. And study the great masters and their movies. Understand why their narratives worked, why we loved their characters, why we cherished that time we spent in a big, dark room with 200 other strangers transfixed by the experience.

I really think that embedding oneself in the independent community in a casual, organic, and not desperate-seeming, way, is the best approach to making sure that when you finish a film, people will genuinely want to check it out. I should clarify that if this sounds like I’m talking about brown-nosing or schmoozing, I’m really not. I just think that it’s an unavoidable fact: if people don’t know you or your work, they will have less of an impetus to track it down. But removing the social aspect from the discussion, what it really comes down to is this: if you make a film that stands out from the pack in some way, shape, or form, it will be seen, programmed, written about, and hopefully released publicly in the sooner than later future. It will be appreciated.

Lauren Wissot, Beyond the Green Door:

I wrote “Five Tips for Approaching Festival Press” specifically to address this issue. To sum it up: make it ridiculously easy for me to view your film, if possible offer online screeners unsolicited, try to add the personal touch, don’t attempt to impress me with my colleagues’ raves about your film, and – like in life itself – never expect any guarantees.

*Baal will have its U.S. premiere at The Film Society of Lincoln Center in New York City on August 3.