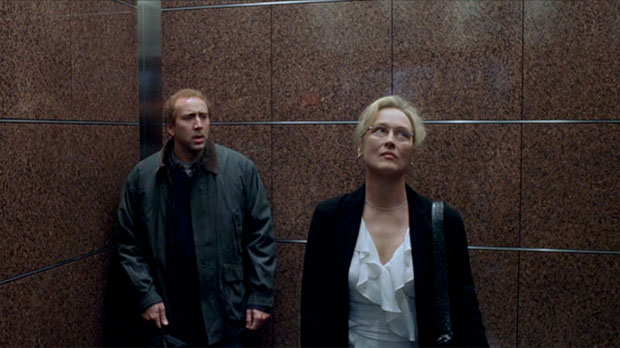 The author usually reserves all (a) book publishing (print and electronic publishing), (b) radio, (c) live stage, and (d) author-written sequel rights. With live stage and author-written sequel rights, you can generally get Larry to agree to a hold-back: The author will promise not to exploit the live stage rights or “author-written sequel” rights before the earlier of (for example) five years after the initial general release date of your Picture or seven years after the date of exercise of the option. Live stage rights are frankly not a big deal to me, and I rarely ask for the right to purchase them. But “author-written sequels” can be a very big deal! It is very important to understand what this term means. Author-written sequels are other books which the author will write or has written featuring some of the same characters as are in the first book participating in new or different events which take place either before (prequel) or after (sequel) the events portrayed in the first book (again think the Harry Potter or Twilight book series). In your grant of rights, you will acquire the right to use the characters from the first book in subsequent original motion picture or television sequel productions based on your Picture, but you can’t use the stories or new characters of the author-written sequels without buying them. This right can be critical. Imagine how lousy you and your investors would feel if your Picture becomes a hit, then the author writes a new best-selling sequel to the book and you can’t touch it!

Indeed there was litigation over this very issue with Silence of the Lambs. For this reason, you must ask for a right of first negotiation/matching right to acquire the same rights package for author-written sequels that you have optioned for the first book. Generally, if you want to buy these rights or Scribbler wants to sell them, you get to negotiate with Slick Larry for 30 days, and if you can’t agree on terms, Scribbler can sell to another party; provided, however, that before he takes any offer that is less favorable on money terms than your last offer to him, you get 10 more days to match that offer. Being slick, Larry may throw in a wrinkle here — he may insist that you can only get this right if you exercise your option and pay the purchase price for the first book because he doesn’t want to reward failure! This is fair and you should agree.

4. Purchase Price: You must negotiate in this agreement the price you will pay if you elect to exercise your option. (Never leave this term to be negotiated later on!) This is usually the major point of negotiation. There are two main ways to go here: You can spend a lot of time negotiating either a large flat fee or separate purchase prices for a theatrical motion picture, television motion picture, or mini-series (since even though you intend to make a motion picture, you might actually make a television production instead), or you can simply tie the purchase price to the budget of the first production that you produce based on the book. This is the preferred method because when you make the deal, you have no idea if you are going to produce a high-budget film, a low-budget film, or otherwise. Tying the price to the budget is good for you and the author and Larry will likely prefer it. A customary formula is that the purchase price will be equal to 2.5% of the final written direct budget of the production that is approved by the financiers and (if there is one) completion guarantor at the start of production (less contingency, completion bond fee, and financing fees). You want to peg it to a specific time in case you end up going over-budget. However, if you use this formula, you must also negotiate a “floor” and a “ceiling” to protect both parties. Thus, here we might say “in no event less than $75,000 or more than $250,000.” This payment can be paid at any time prior to expiration of the option period(s) but in no event later than commencement of principal photography of the production. In the unlikely event that you exercise the option before you have an approved final direct budget, you will pay the “floor” amount as an advance, and the balance of the purchase price when you have set the final approved budget. Remember to deduct from this amount the initial option payment. Another legal point: Upon exercise of the option, you should have Scribbler sign a short-form assignment, a brief form that identifies the parties and summarizes the rights granted. You record this form also with the U.S. Copyright Office to give notice that you now own the rights.

5. Net Profits: In addition to the purchase price, it is customary for the author to receive a net profits participation for the Picture. Generally, and certainly for Scribbler, it would be 5-10% of 100% (not just the “producer’s share”) of the net profits derived from the exploitation of the Picture. However, “net profits” is a very broad term; it can be defined in numerous ways depending on the financing structure and on who drafts the definition. As you may know, net profit definitions can be very complicated and involved. People sue each other over them all the time! They can require many days of negotiation. But don’t anguish at this point. You may never even make the Picture. The easiest short cut is to agree that net profits will be calculated, accounted for, and paid in accordance with the definition either (a) used by the domestic theatrical distributor of the Picture, or, if you and Larry prefer, (b) accorded to you by the financiers of the Picture. Either way, a smart agent like Larry will then ask that Scribbler’s definition will be no less favorable than that of any other net profits participant. This is called “favored nations.” I try to resist this if possible because you may want to give a financier, (non-star) director or (non-star) actor a better definition. But Larry will likely insist. A good compromise for you is to offer that Scribbler’s definition will be no less favorable than the definition given to the screenwriter; but if that doesn’t fly (and it might not), then offer that it will be no less favorable than that given to any other above-the-line creative element. That way you are still free to finagle the investors!

6. Warranties/Indemnity: For this paragraph, it would be good for you to take a look at a good motion picture contract form book for full language. Basically, the author warrants and represents that: He is the exclusive owner of the book; he has not transferred any of the rights granted to you to any other person or entity and will not do so for as long as this agreement is still in effect, and that no material in the book will, to the best of his knowledge, infringe anybody’s copyright, trademark, contract, or other rights or defame or invade the privacy of anyone. In turn, you warrant that you have the full and exclusive right and power to enter into and perform this agreement, and that any original material that you create or have created for the Picture (like the screenplay) will not infringe the same rights stated above. You and the author agree to indemnify each other (and your agents, officers, successors, permitted assigns, and heirs) from any claims, liabilities, and expenses including, but not limited to, reasonable attorneys fees and costs, arising from a breach of any such warranties. This paragraph is standard and is rarely disputed.