Remember to Talk about the Movies! 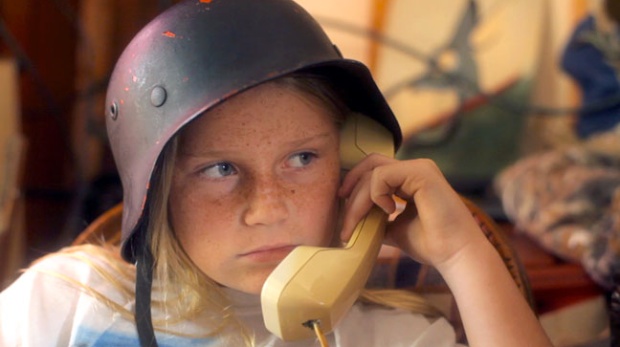 For those of you who are in the film business, I have some advice: when taking a meeting, remember to talk about a movie!

Now, I’m not saying this as some kind of altruistic public service, as if independent film will die if you don’t get out there and talk it up. No, I’m offering it as a piece of practical self-help because, when meeting someone from the film industry, you will seem a more interesting and worthwhile person if you have something interesting to say about a movie itself!

This piece of advice may seem a bit oxymoronic. I mean, talking about movies — isn’t that what we do? Well, often, surprisingly not. Given our level of discourse in a typical film business meeting, we might as well be selling widgets.

Don’t go on a long tangent about your favorite film of all time, and don’t try to one-up your conversation partner by demonstrating your scholarship of the most obscure movies on earth. But do think about who you’re meeting and how you might enrich their life and your conversation with some thoughts on a relevant piece of cinema. Face it, most film business conversations are really boring, and by including just for a minute or two thoughts about movies — as opposed to deals, press releases, marketing ideas, etc. — you’ll elevate the discourse and remind your conversation partner why we’re all in this in the first place. By turning someone else on to a great movie they wouldn’t have come across otherwise, you’ll be the kind of person they’ll want to stay in touch with. And, by being a bit strategic with your movie namedropping, you might serve yourself in a business capacity as well. I once met with another producer about partnering with him on a film, and I dropped a reference to a Chris Marker picture in the middle of our conversation. He immediately knew why I referenced it and was, I think, impressed that I knew why it’d be significant to him.

So, on your way to your next meeting, think about what you’ve seen recently. And what you have to say about it. And why doing so will make your meeting more interesting and memorable.

I’ll start. Do you know the Zellner brothers? They’re these guys from Texas who have been making microbudget indie films for over a decade, and their films are getting better and better with each one. Their new film, Kid-Thing just opened, and it deals with a young protagonist in a completely new way — one that challenges the idea that kids are naturally innocent, and that worlds without adults are inherently good…