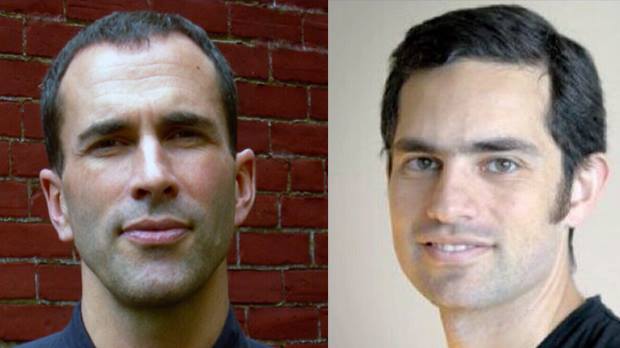 Acclaimed Canadian director John Greyson and Dr. Tarek Loubani remain in a Cairo, Egypt prison following yesterday’s no-show by a prosecutor scheduled to meet with lawyers for the two men. Greyson and Loubani were arrested on August 16 on their way to Gaza City, where Loubani runs a program training doctors at a local hospital. Greyson was reportedly planning a documentary project. Due to strife in the region, the two extended their stay in Cairo an extra day when they were arrested and held for a 15-day detention period, a stay which ended yesterday. Now, they are being held indefinitely while they await an official hearing.

Canada’s Minister of State for Foreign Affairs, Lynne Yelich, was quoted in the Toronto Star, saying, “We strongly believe that this is a case of two people being in the wrong place at the wrong time.”

As Greyson and Loubani’s detention continues, the international filmmaking community is rallying around the cause of their release. Filmmakers Atom Egoyan and Arsinée Khanjian are calling on the Egypt government to recognize the misunderstanding of the men’s imprisonment, their stature, and to release them immediately.

You can help by signing a petition on Change.org calling for their freedom. From the site:

Days later, Tarek and John are still being held in Cairo’s Tora prison.Egyptian officials have given no clear reason for their arrest. In fact, a recent press release by a Cairo district prosecution states that 9 foreigners, including John and Tarek, will be detained for 15 days, pending investigations. Egypt is going through a turbulent time, and after hundreds were killed in violent clashes last week, foreigners, particularly journalists are being targeted. We need to get our friends out of there.

On Sunday, the Ministry of Foreign Affairs called on Egyptian authorities to “release all evidence” against Tarek and John, but we believe it will take ongoing public outcry in order to force the Canadian and Egyptian Governments to find a resolution and secure their freedom.

Family and friends are worried sick about their safety. Pressure from the Canadian government is our best hope. We must pressure our government to demand their freedom and pressure the Egyptian authorities to let them go. Thank you for your action on this urgent matter!

Filmmaker has covered Greyson’s work in the past, most recently writing about his public transmedia project, Murder in Passing, earlier this year and covering his 1993 feature, Zero Patience, in only our fourth issue. Over the course of decades he has remained one of Canada’s most important and innovative filmmakers.

New information can be found on a Facebook Page calling for the men’s release. A Labour Day March in Toronto is also planned.