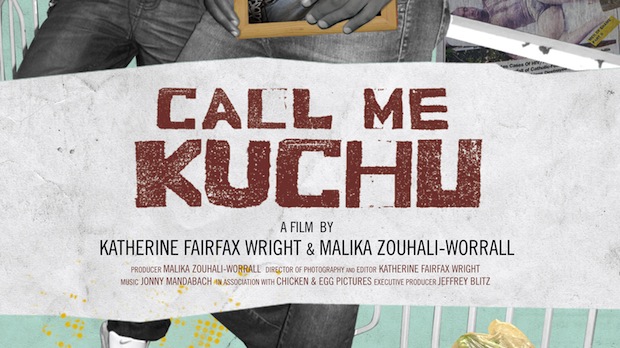 by Katie Carman-Lehach
in Director Interviews, Festivals & Events
on Sep 16, 2013

The IFP Independent Filmmaker Conference’s “Blitz Wisdom” panels are quick, TED-like talks from filmmakers discussing their projects and/or offering tips and pointers. Here are a few highlights from Malika Zouhali-Worrall’s Blitz Wisdom on the making of the documentary Call Me Kuchu and how they created this successful and highly provocative documentary about the first openly gay man in Uganda:

— When researching a topic for your film, find a cause that is topical and personal to you and research, research, research. While the filmmakers had no direct connection to the LGBT situation in Uganda, they had learned a great deal about it through recent news articles and commentary, which is how their interest in the topic was sparked.

— Contact organizations that deal with the cause or issue you’re focusing on in your film. The filmmakers teamed up with like-minded organizations for support and research which benefited both parties by also helping those organizations raise awareness.

— Live with your subjects and experience their daily lives.

— Consider increasing your film’s audience by limiting how wide your story goes. Keep this one in mind when asking your subject what matters to them. Malika recounted a story of something her subject had repeated on camera about his first homosexual sexual encounter. The filmmakers felt it an important enough moment to open the film with, but test audiences were concerned the graphic nature of the scene might exclude a wider audience. In the end, they decided to cut the questionable scene so as to keep their audience as wide as possible (to bring as much attention as they can to this important social issue).

— Aim for “High Level Advocacy Screenings.” The filmmakers were able to screen the film as part of the Human Rights Festival, where United Nations Secretary General Ban Ki-Moon delivered a speech congratulating the filmmakers on making such an important film, that “tells the story of a group of brave, committed men and women who stand up against bigotry and discrimination at great personal risk to themselves.”

Call Me Kuchu is in select theaters now, and will be available on DVD and iTunes on September 24, 2013.