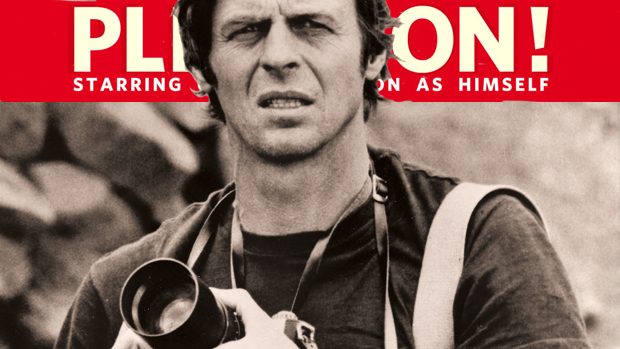 by Michael Murie
in Filmmaking, Production
on Sep 17, 2013

In the second part of the interview with filmmakers Luke Poling and Tom Bean about the documentary, Plimpton! Starring George Plimpton as Himself, they discuss structuring the movie, getting to the final edit, and distribution.

Filmmaker: You said you did 50 or 60 interviews. How did you choose those people?

Bean: A lot of them were people who had either written about George or knew George. Whenever you interview someone they go, “Have you talked to such and such a person?” and then we would reach out to them. There was some pre-interviewing, so we had a sense of what we were looking at.

People generally remember George well, even when they had criticisms of him. As a lot of his friends were novelists and writers, some of them I could tell were a little competitive with George, or competitive with his memory perhaps. But even when people had hard things to say about him, they seemed to be really eager to talk, we didn’t have too much trouble getting people to sit down and talk about him.

Filmmaker: When you went through the material, were there a few key things you knew you wanted to include, or was it just a lot of material that you had to winnow down?

Poling: First it was figuring out the main through lines in George’s life. Of course there’s the Paris Review, and there’s his own literary output. We really wanted to focus on his career and his work, and less on some of the more gossipy stories, so we knew we wanted that as our overall structure.

Then we set aside everything that fits into that. Even then it was a question of, how do we get the creation story? How do you show what he was leading up towards, even before the Paris Review started?

Our overarching principle was that if anybody says it, then it goes in the movie if it fits our narrative. If George says it, then that supersedes anybody else we have saying it. That helped trim it down, and then it became a process of tightening up and moving pieces around to see what clicks together and what best fits the story we were trying to tell.

It was a bit of a balancing act for the whole film because he’s doing all these things concurrently.

We wanted to make sure audiences would understand that while they were seeing one thing, the other thing, whether the journalism or the Paris Review, were happening at the same time. We wanted to go back and forth between those two but not feel like you’re getting whiplash as you’re bouncing between these two poles. That’s what took us a while in the editing because we were really trying stuff out to make it feel like it was one story. 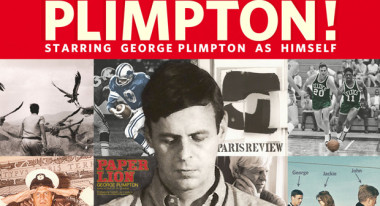 Bean: Obviously biography is difficult in documentary because birth, life and death aren’t a dramatic structure. We didn’t want to have just bullet points that would be “these are the things that George Plimpton did.”

George seemed to be very conflict-averse in his personal life. He was really close friends with his first wife, he didn’t have these big dust-ups with people. It was like; where is the conflict, what is the dramatic tension?

We found that he really had these two careers. He’d created this journal the Paris Review, there are ups and downs there, and there’s the journalism, there are ups and downs there too. But they seem to move parallel, they didn’t have a lot of overlap, they informed each other creatively and artistically but they didn’t seem that connected. What we found as we started creating a dramatic structure was that it was the moments where they intersect that created tension in George’s life, it was his sense of his identity.

We didn’t want to make an essay film that at the end says, “This is exactly how you should feel about George Plimpton.” We wanted people to walk away feeling their own way about George, and I think it’s interesting how people feel differently about him. Some people think, “Oh, isn’t it so much fun and I’m so inspired and I’m so excited,” and other people go, “Oh wow, I never knew how sad a character he was.”

Filmmaker: Someone at a recent screening said they’d seen an earlier version at a festival a year ago and they thought it had changed a lot. How much has it changed since the first screenings?

Bean: That was mainly trimming fat. We lost a minute or two, but it was just scenes that were too long, like the section in the middle where he’s doing all the TV shows. It was footage that is so much fun to watch, but was just a bit too long. I think that the opening too, we cut 10 seconds here, 10 seconds there, and added an additional beat. But the story was unchanged, we had come to that very, very solidly a year ago.

It’s one thing to show a film to friends. But watching the film in a festival context, where people had to pay to see the film, the flaws in the story telling — whether it is a baggy scene or a repeated beat, or rough audio — become really apparent. We went back and we trimmed and we smoothed and polished it and did some extra work on the sound and did some extra work on the visuals in order to make it a little tighter.

The smallest, subtlest difference in a film can have a big impact and I think for people seeing it again it feels different because it is tighter and more streamlined, but the story is the same. 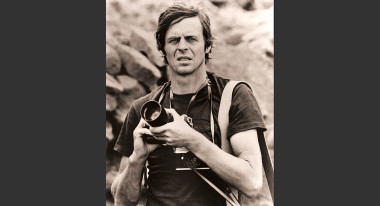 Filmmaker: When you started the project, did you have a plan for distribution?

Poling: Not really. We were planning on sending it to festivals and we lucked out, because Adam Roffman from the Independent Film Festival Boston reached out to us saying, “I’ve heard you guys talking abut this film for a while, can I check it out?” He was very supportive and ended up coming on board as a producer. He put us in touch with Silverdocs — that’s now AFI Docs — and they wrote us back and were incredibly enthusiastic and said they’d love to have the world premiere of the movie.

Throughout this whole process we had a sales agent. Our goal from the beginning was to make a theatrical film and we always hoped that would be the case but we were at the mercy of who was interested in distributing the film. We were approached by Laemmle Zeller Films, a really great little company. They loved the movie and wanted to get it out, originally to three cities; Boston, New York and LA. We’ve been able to play a bunch more cities and there are more cities on the horizon. We had always hoped it would work out this way, but it’s really gone far past what we had hoped for the film.

Bean: We didn’t just jump at the first offer; from the get-go we wanted something that would feel like a movie. We did the necessary steps to make it theater ready; all the audio, the visuals, the editing, the storytelling.

We got offers early on from TV exhibitors who said, “We’ll give you X budget, we’ll finish it, we’ll have it out by this date,” and that date would have now been three years ago. I don’t think having a Tuesday night movie would have done the same thing as it’s doing now. We’re able to take it to other cities, we’re able to get amazing coverage, we’re able to interact with other filmmakers and it’s positioning us to direct our next film, or whatever the next project is, so we’re really glad that we took our time.