A Rash of Survival Films 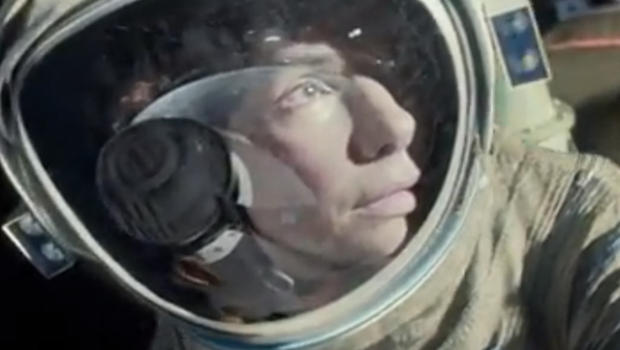 Well, Tom Hanks survived the Somali pirates. Sandra Bullock’s flying around trying to survive outer space. And almost every other dramatic movie I see is about survival. About staying alive. And that’s not even getting into the survival action films, like Hunger Games.

The poster for Gravity says Don’t Let Go. Which sums up the message of all these survival films. Don’t Let Go! Don’t Die! Hold On To Yourself! Or, as Brian Wilson sang on Pet Sounds, Hang On to Your Ego.

What about a surrender movie? A movie about letting go? What would that be like? Maybe instead of watching Sandra Bullock scurrying around like a frenzied squirrel for an hour, trying desperately to avoid death, hoping for a miracle, maybe we could follow George Clooney instead. George Clooney, whose character faces certain death. Certain death for an entire movie, unlike Robert Redford in All Is Lost, who is scrambling most of the time. No, a flick where the hero has no chance of survival at all for the entire movie and they know it. Wouldn’t that be a nice change of pace? Clooney in outer space, as his country western radio dies, and his oxygen goes. Maybe then we’d have a movie about exploring death, rather than another movie about overcoming it.

We can’t overcome death. Yeah, for a movie’s length we can. But in the long run, we can’t overcome death. And yet we have all these films where people are doing everything they can to push away death, to beat death, to outfox death. But the truth is, we all might die at any moment, and we have no control over that. We can buckle our seat belts, eat our spinach, swim our laps, but we mostly have no control over when death comes. The only thing we do have some control over is whether our death is calm. Whether we are living our life in accordance with death — not denying death.

In all these survival movies, death plays the roll of the villain. Death is the grim reaper. Death is the dark threat that threatens to take away our hero from goodness and wholesomeness. But that way of looking at death is just American propaganda. It’s no different than Fox News saying Obama is Satan. Older and wiser cultures have taught us that death is not evil. Death is not separate from life. Death, actually, is an illusion. There is no beginning, no end. Death is just another transformation. We’re in eternity right now.