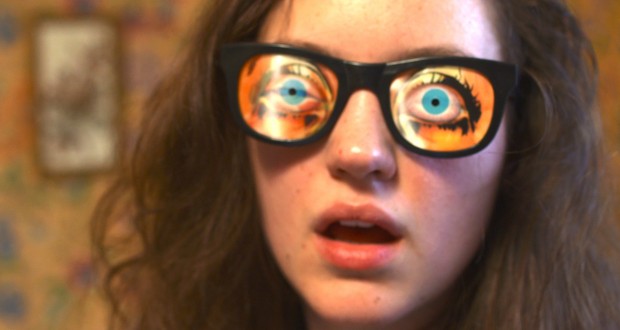 Memphis is the largest city on the Mississippi River and Tennessee’s most populous; funny that more than a few folks visiting from coasts east and west refer to it as a small town. A place well known for violent reckonings with history, the ghosts of more than a few legendary men haunt the streets east of its unassuming downtown, located on the fourth of the chickasaw bluffs stretching from the Wolf River to the Mississippi. The more sordid aspects of the place’s past, both long ago and fairly recent, mingle freely with its great cultural legacies; Sun Studios, where Elvis first recorded his string of hits, is not so far from the prominent city park named after a man who founded the Klu Klux Klan. If you go at the right hour of the night you might find awestruck men smoking pot across the street from where Martin Luther King was shot on the balcony of the Lorraine Motel. Beale Street does indeed stay up all night.

The Indie Memphis Film Festival, now in its 16th year, held its latest edition last weekend. It’s a intimate affair, four long nights and three leisurely days, with programming that values off-the-beaten-path American indie cinema with a specifically regional flare. The screenings are held in converted playhouses and a small multiplex near Overton Square in midtown of this mid-south cultural capital, perfectly walkable between each other if a slightly longer distance from the many great barbeque joints the city counts as its great contribution to American cuisine. The parties tend to happen not in ballrooms but in modest but handsome homes and the occasional hotel room, although the opening night soiree took place upstairs in a bar that was once a brothel and before that an upscale pharmacy. Now they sell soul burgers.

A concert on Saturday night showcased three prominent strands of Memphis’ great musical scene; a blues revue was followed by the raucous crunk rapper Al Kapone, who gave way to a reunion of the reportedly seminal ’90s indie rock The Grifters. A stellar bluegrass act serenaded the closing night awards ceremonyin between moments both comical (reenactments of famous horror movies, by the MC and several staff members, expanding upon the Holloween-weekend vibe of the entire event, were unexpectedly a riot) and touching (Festival Director Erik Jambor, a southern regional fest vet who has steadily built the festival’s reputation and reach, cried laconically, if such a thing is possible, when thanking his staff, volunteers and family).

And, of course, there were movies. The festival opened with a screening of Randy Moore’s Escape From Tomorrow; the director, who was not in attendance, walked away with the Emerging Filmmaker Award, named in honor of Memphis native and festival board member Craig Brewer, perhaps the town’s most well known contemporary filmmaker. Ti West and Joe Swanberg were on hand to present the former’s newest picture, The Sacrament; Swanberg screened his newest and best picture, Drinking Buddies, for a capacity crowd on Friday night.

Higher-profile indies, such as Justin Chadwick’s Mandela biopic and Alexander Payne’s Nebraska, screened out of competition or as galas while the competitions were devoted to smaller indie fare. Two largely celebrated indies took home the top prizes on the fiction side. The narrative jury (which included Filmmaker Magazine Editor-in-Chief Scott Macaulay, filmmaker Alison Bagnall and Matt Grady of distributor Factory 25) awarded its top prize to Eliza Hittman’s It Felt Like Love while the Audience Award went to Destin Daniel Cretton’s Short Term 12, which had just won in Wroclaw the week before. Lesser-known titles dominated the documentary side; Rueben Atlas took the Jury Prize for Best Documentary for his brass band ensemble doc The Brothers Hypnotic while Victor Buhler’s A Whole Lott More took home the Audience Award.

The two most compelling true indies I caught at the festival both took home prizes as well. Eric Steele’s Bob Birdnow’s Remarkable Tale of Human Survival and Transcendence of Self, for which the director took home the Ron Tibbett Excellence in Filmmaking Award, has a title that takes up an entire room. It’s a tidy and compact thing, however, a 70-plus-minute monologue set at a convention center in Dubuque, Iowa in which the title character describes piloting a plane, one which contained many of his best friends, that horrifically malfunctioned in midair and crashed on a hill, killing everyone save Birdnow, who crawled to survival, losing an arm and a leg in the process.

Narrative filmmaking usually involves telling a story and in the case of Bob Birdnow, as festival goers have tended to refer to it as since its world preem at the Hamptons Fest earlier in the fall, the relationship of the two is more literal than most — like recent regional fest circuit notable Buoy, the film more or less consists of one person — in this case, a speaker at a motivational speaking conference — talking to an audience that remains mostly off-screen, save in this instance a number of emotionally resonant cutaways of Robert Longstreet, a stalwart fixture in the world of southern and midwestern indie filmmaking. As dazzling an actor as Barry Nash, in his very first screen performance, proves to be, Steele’s film is a going to be a tough sell for many audiences, even as it gives the patient viewer an emotional and spiritual journey way more compelling than any TED talk. A worthy experiment, it’s a great credit to Steele that the picture never feels unduly stagey, although an attempt to open up the world of the picture at its beginning and end undercut its canniness a bit.

Jon Landis used to always have a joke in his films about a picture called See You Next Wednesday, one that was rarely seen and certainly never all the way through. I kind of felt the same way about Drew Tobia’s See You Next Tuesday, a picture which people tell you about at parties but you never remember to seek out, an overlooked thing that world premiered at an out-of-the-way festival (as Indie Memphis’ most interesting award winners often do) whose name you half remember as you’re stumbling into the theater after bourbon and ribs, wondering what the fuck you’re gonna see. Well this one is a real treat, a genuine discovery, a whirling dervish of a movie, some kind of roiling central-Brooklyn freak show, a film so searing with rip-your-throat-out and spit-on-your-grave anger, the indignity of mental illness, the messiness of race in this fast-gentrifying strip of American near-coastal land that it seems to have a pulse all its own; it feels alive in the ways only superior works of art can.

Winner of the festival’s Best Screenplay prize, sponsored by festival benefactor Duncan-Williams, and a Special Jury Prize for Eleonore Pienta’s performance as some kind of pregnant, Bed-Stuy grocery store clerking female analog to Dore Mann’s coming-apart-at-the-seams outer-borough urchin in Ron Bronstein’s (could it already be forgotten?) 2007 new classic Frownland, the movie has a unrelenting intensity and a searching, “laugh out loud because it’s all you can do not to cry” intelligence. And it’s handsomely made – they could’ve called it Toward the Dark, Candy Colored Juno. Pienta’s Mona, whose pregnancy goes unexplained, whose mother is a recovering drunk and who is constantly antagonized by her black co-workers for being absent-minded or poorly made up, and whose unemployed, psuedo artist, pink-haired sister openly refers to her own black novelist-cum-Bushwick-bartender girlfriend as a “nigger,” is one of the most original, indelible, infuriating and truly felt movie characters in some time, a sister to Loden’s Wanda and Rowlands’ A Woman Under the Influence as much as she is to Paquin’s Margaret, but somehow she’s crazier than all the rest. A woman as unhinged as many a young brunette I’ve encountered in the Bed-Stuy night, the movie is a Shadows for our time, an altogether bold announcement that Mr. Tobia is a promising new voice in American independent motion pictures.