On Missing 99% of What You Need: Lucy Walker’s Advice to Documentary Filmmakers 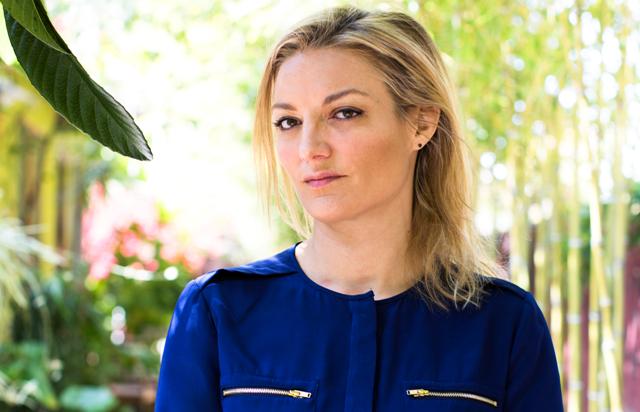 The following is an extract from Jessica Edwards‘ book Tell Me Something, which collects together advice on non-fiction filmmaking from 50 of the world’s most prominent documentarians, in which two-time Oscar nominee Lucy Wakler shares her wisdom. Tell Me Something is also available as an e-book.

This piece of advice has been my lifeline, my mantra, my toehold on sanity and encouragement, the bandage for when I am kicking myself so hard I can’t stand up.

It was told to me by Barbara Kopple, the legendary two-time Oscar-winning documentary filmmaker. One of my greatest strokes of luck in life was that she came to teach for a year at my film school. The graduate film program at NYU’s Tisch School of the Arts is entirely fiction — or it was in my day — with this one exception. And that one class I took changed everything. In that tiny class we also had the insanely talented future Oscar nominees Brett Morgen and Nanette Burstein and future Oscar winner Keiko Ibi. I’d say it wasn’t a coincidence, but an outstanding instructor who inspired us all in Barbara.

And this was the one thing Barbara mentioned that has stuck in my head ever since. She said: “Don’t worry, in documentary you always miss 99% of everything you think you need. You always miss the best things, but just keep going and when you get back to the editing room you’ll find a way to make it work and you’ll be amazed at how much you do have.” I’ve thought of this so many times when I think I’m not getting any of the right material to tell my story cinematically.

On my first film, Devil’s Playground, I had spent months slowly learning about the Amish community and being accepted into it. Finally I got an interview, and it was the best interview in the history of interviews. A young ex-Amish woman tried on her Amish wedding dress, and told me the story about how as she was sewing the dress she had realized that she didn’t want to be Amish for the rest of her life.

She had tried to persuade her fiancé to leave the Amish church with her. He refused, so she had called off the wedding the night before, because that was her last chance to escape, because in the Amish religion there is no such thing as divorce. The wife has to obey the husband, and her husband-to-be was Amish. So she broke off her engagement the night before the wedding and left the community, for which she was shunned by all her family and friends. She told me this electrifying story, tears rolling down her cheeks, as she looked at herself in the mirror wearing the wedding dress that she had never gotten to get married in. Then we wrapped and she went to get changed. Then the d.p. told me that the camera had jammed and we hadn’t gotten a frame of this sensational scene. Thank goodness I had Barbara’s voice in my head saying, “Don’t worry, you always miss 99%….” And somehow I was able to go find the poor woman and suggest that she get back into that Amish wedding dress one more time and we did a take two. And you know what, I got back to the editing room and it’s an incredible scene. Not a patch on the scene that I missed, no. But more than enough to tell this true story blazingly well.