The Fog of War: Shaul Schwarz on Narco Cultura 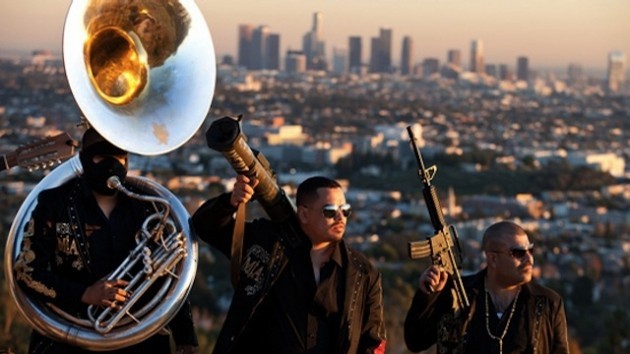 by Brandon Harris
in Directors, Interviews
on Dec 16, 2013

A war on drugs, or specifically on the drug cartels that profit from them, a war separate from the 40-year-old campaign waged by the United States (though, of course, intricately tied to it) was declared by the Mexican government in 2006. With over 60,000 known murders in the country directly tied to the drug trade since then, what good is this war doing, one is tempted to ask? The Federal Police and the Mexican military’s joint operation, Michoacan, has proven toothless in its attempt to stop either the flow of dope through Mexico or the violence that surrounds this insatiably lucrative business. In an increasingly violent country, Juarez is the most murderous city — over 4,500 killings since 2006 alone — and also the central base for some of Mexico’s most ruthless and ambitious cartels. Meanwhile, just across the Rio Grande is El Paso, Texas, a quietly gentrifying border town where illegals seek service-industry work and the crime from across the river seems much farther than mere miles. These are the places that Shaul Schwarz, an Israeli-born photojournalist turned documentary filmmaker, visits in his stunning Narco Cultura, a magisterial look at the conflict from a series of surprising angles.

The movie deftly juxtaposes these worlds by taking us into the lives of two men. The first is Riccardo Soto, an embattled forensics detective who dutifully amasses evidence from these sensationally horrific gangland crimes only to almost never see the evidence he’s provided produce anything resembling justice. This is due to the systemic fear of violent retribution on the part of the cartels for any successful prosecution. The second is Edgar Quintero, leader of the Mexican-American band Buknas de Culiacán, a narcocorrido outfit that seeks to glorify the lifestyle and excesses of the drug lords. Clearly, the cartel are winning both the Charlie Sheen and Al Capone senses here.

Narco Cultura, which debuted in competition at Sundance earlier this year, is currently in limited release from Cinedigm. 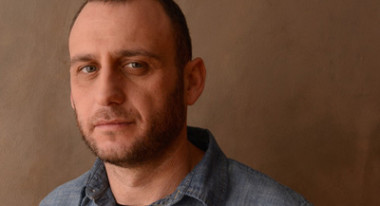 Filmmaker: How did you become aware of the confluence of Mexican pop music and the reach of it’s drug cartel?

Schwarz: I covered the conflict in Mexico as a photojournalist for two years for magazines such as Time, Newsweek, National Geographic and others. I photographed the violence around Juarez and then later in Mexico as a whole. In 2010, I covered two murders in Tijuana and then went across the border that same day to meet Bukanas de Culican for the first time — in a club in Riverside, CA. I saw online clips that just looked unreal. The minute I set my foot in that scene I was shocked. It was so overwhelming. I’d come the same day an hour before from Tijuana to see these young Mexicans celebrating the music, singing along, to a guy singing with a bazooka and plastic guns. The clothes, everything just struck me. I had kept hearing stories about music and movies being made about the narcocorridos before I encountered them. I was struck by the extent of violence in the narcocorrido lyrics as well as the scene of hundreds singing along and celebrating a culture of violence which I had experienced first-hand.

I was so curious I photographed it but I immediately understood that this side of the story would be very hard to tell just by taking pictures and I think that was the earliest birth of the film. I think throughout, the contrast I felt that day was why I wanted to cut between the two stories of Juarez and just north of the border. That day in 2010 when I covered the murders in Tijuana and then met Bukanas de Culican, I’d taken a lot of photographs, but it was ultimately the music that pushed me across the final bridge of making the film. I’d gotten interested in the complexities of Juarez as well. It was that day in Tijuana and that contrast that made it so complicated for me as a still photographer and led ultimately to Narco Cultura.

Filmmaker: Was it difficult to win your subjects’ trust?

Schwarz: It was, given the nature of their jobs and lives and the extent to which they are inherently wrapped up in narco culture.

Filmmaker: Was gaining access to any of the subjects particularly difficult?

Schwarz: Yes. Just given the sensitivity of the subject matter and the deep entanglement of the protagonists with this world, it was clear I’d need to spend a lot of time in order to get the access needed to tell their stories. It started with the CSI officers in Juarez, whom I’d met when I was a still photographer. I was able to gain access to vans that would go out to the crime scenes. I was working with this local journalist and it was quite dangerous. The vans seemed the best way to get in and out of the crime scenes. What became more interesting as I spent more time there was this act that everyone was participating in of everyone doing their job right, everything is looking correct, but with the ultimate understanding that nothing ever happens with the files. In order to keep going there and keep staying with these people, there was this constant renegotiation of the access and understanding what to push for and what not to. For example, it became very clear to us early on that we would get our access cut and very possibly endanger ourselves if we went and investigated individual cases. We didn’t go around saying, “W=hat does this evidence say about this murder?” and so forth. We understood that our task was to talk about Richie and the SMO in order to look at Juarez and the kind of routine he lives with. Access to the unit got harder after Oscar, the head of the unit, was blamed for being involved with the cartel, but even though it got difficult we were able to finish the film.

We expected Richie and Juarez to be difficult for us and hitting the street with them, although we had the trust of the CSI unit, the lab and the crime scenes, we would basically get out of the van and be on our own. It was very suspicious to the locals, these two gringos with cameras running around in CSI detectives vans and roaming around claiming to make a movie. That was also an access issue. I’d say only once every two, three times we went out were we able to shoot. We would get bad energy and very quickly get back in the vans.

The band gave us access very easily, however. I don’t think they understood what a documentary film meant and how long we were going to stay. As we stayed we more and more became friends and as they toured around the U.S. I think they did begin to understand and let us be the fly on the wall and do our thing. Early on, I wanted to see Edgar write for a client, for a trafficker, even if I don’t see the trafficker. At the beginning, he said there was no way he’d do it but as time went by and I had been involved in the some of the interviews he’d do with traffickers he was writing songs for, the possibility opened up. The band ultimately took us to the belly of the beast, they took us to the narcos. They risked a lot for us. After two and a half years, a lot of trust had developed. We knew that shooting there was dangerous, but of course, essential. We’d embarked on this film wanting it to be a cinema verite story and not a talking-heads behind desks style documentary.

Filmmaker: How did what you think the film was trying to say change over the course of the production and post?

Schwarz: I think initially what I was going for was set really early on, so in terms of a feeling, that didn’t change so much, that juxtaposition I talked about earlier. Ever since that night in Tijuana, we really wanted to tell the story of this sharply contrasted reality and ultimately, I hope that’s what we accomplished.

Filmmaker: Did any footage leave the cut in editing that you regret or wish you could have included?

Schwarz: There were a couple of scenes that couldn’t be included in the film due to the fact that they would endanger the protagonists and other people around them. While these scenes were extremely strong, it was clear that we could not take risks of our subjects being harmed.

Filmmaker: What was the most surprising thing you discovered about the cartels?

Schwarz: After spending so much time documenting the sad reality south of the border, not much surprises me anymore.

Filmmaker: What is your relationship to the film now. Would you do anything differently?

Schwarz: I’m proud of the film, as is, and am happy and excited for it to reach audiences.