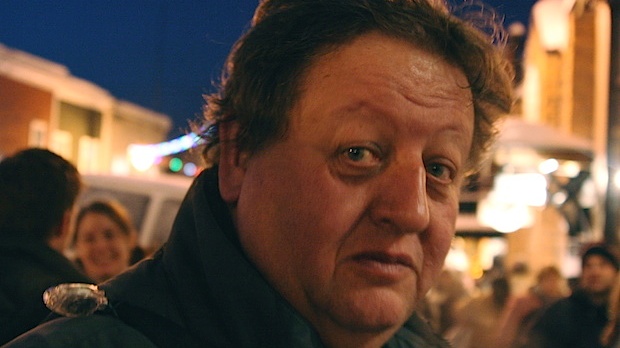 Instant remembrances flower online when strangers die. Twitter turns into an instantaneous altar, as if the site where a hero fell. And some writers are very good at devising a rapid remembrance of a long friendship or acquaintance into a succinct, maybe even final summation. After years of aggregating news headlines at Movie City News, linking to keenly observed obituaries daily, my impulse runs the other direction when I knew the deceased. I’m not ready that soon to thread the nuance of all that time into a tidy dispatch; I want to grip the fragments of soon-fading memory. 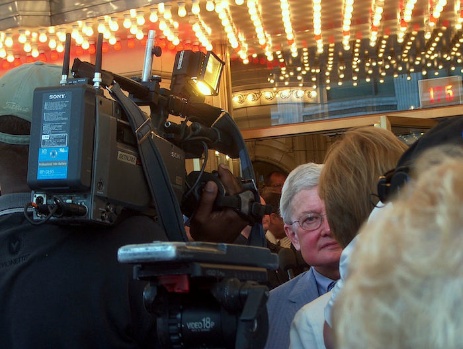 I didn’t so much grow up reading Roger Ebert as learn to write while near him, on the same beat. My first review in the Daily Northwestern was published when I was almost 19. I have an indistinct memory of Roger, and several long-passed reviewers, trundling into the old Biograph Theater on Lincoln Avenue for the daylight preview of that first movie I was assigned. Roger’s was printed before mine; we were both right. I didn’t become a full-time professional film critic until a few years later, but I knew Roger as a colleague, a friendly face that I’d see on a weekly, several-times-a-week, even all-day basis for more than 20 years, in the friendly confines of the 47-seat private screening room. Sometimes an exchange. Often just a nod.

Screenings began at 10am, 1215pm or 230pm, and there were many times I’d be in the door just a moment before the lights dimmed for the lunch-hour show, and I’d have the New York Times quarter-folded under my arm or a brand-new book I’d only just started reading on the subway and I’d get a grin and a thumbs-up. Another reader! Roger approved. On rare occasions, acknowledging a review I’d written in the issue before or a wisecrack, Roger offered the encomium “Very good, old man!” after his British fashion.

I wouldn’t even try to count how many of his 7,200-plus reviews I’ve read or how many hours we were in the same room in the darkness. Or how many laughs, warming laughs and giddy laughs, I heard across the years. Roger had a trickster’s happy laugh.

So many reviews resound, but I was in the flow: see Roger at a preview, submit my review to my paper, then pick up the Sun-Times on Thursday night to pore through the Friday entertainment section. The movies lit up and the words were put down in real time, movie time, written time.

The screening room was melancholy the day Roger passed. No one knew where to stand, but someone had marked his customary seat, at the back, on the aisle, with an offering. Only one person knew what he had to do: another photographer, who moved a red long-stem rose that had been left, to a prettier, less true place.

Last time I asked the owner-operator of the screening room, only a single 35mm print had been shown in 2013. The movie was Terrence Malick’s To The Wonder. (Roger had seen it sooner, at home.) How best, by chance, to cap a career of near five decades? These are the last words of the last review Ebert completed:

There will be many who find To the Wonder elusive and too effervescent. They’ll be dissatisfied by a film that would rather evoke than supply. I understand that, and I think Terrence Malick does, too. But here he has attempted to reach more deeply than that: to reach beneath the surface, and find the soul in need.

Like Malick, Roger wanted to state simply, concretely, what was in front of him. Observe like a poet, write like a newspaperman. (When Roger passed, I wrote about why I thought “newspaperman” was the highest praise I could offer and told a small story about Ebert & Siskel.) His memoir, Life Itself, is sneaky, it’s constructed like a fugue, and despite any and all filigree, it rounds on itself, memory upon memory upon recollected memory. No repetition, truly, only, well, life itself.

He and Siskel were sooo young when their respective papers slipped them the gigs: they were still young when I first met them. “I sat there with him for hours, just holding his hand. Roger looked beautiful,” Chaz told Chris Jones in Esquire’s December issue. “He looked really beautiful. I don’t know how to describe it, but he looked peaceful, and he looked young.” Like on film? Like in memories. 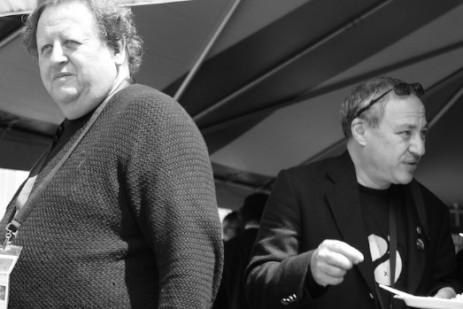 Then there’s Peter Wintonick, great friend of almost 15 years, documentary maker (Manufacturing Consent: Noam Chomsky and the Media), documentary mentor and shambolic bear with a hushed yet inquisitive Canadian voice to belie his Buddha bulk. One of Peter’s most common utterances could actually be encapsulated as “Oh!” There was always wonder: at what non-fiction film might be capable of, what discoveries were to be made, at ideas sparked by his many film-agora sessions at Hot Docs and many nations beyond. Or, at that gin martini on the roof of the Elektra Palace in Thessaloniki on a blustery March afternoon with Olympus shimmering in the distance; or introducing international filmmakers to each other and to all and sundry at the Yarrow Hotel bar; or stopping to share notes on Main Street, that settling blue just over the storefronts of Park City and across the mountains beyond; at kindly, seldom-damning strands of constructive gossip. He’s one of the few people I’ve known who I would readily, near-immediately call “noble.” 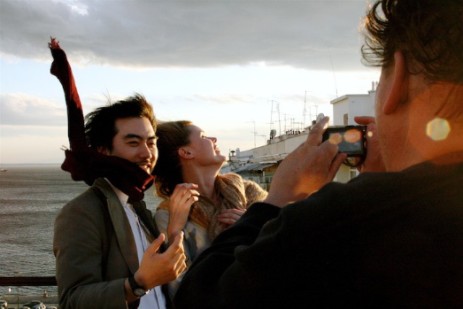 Memories last until we fade. While finishing this piece, I was looking through my closet to find the simplest clothes I can take to Sundance in January. I found a coat from a jeans company that the Sundance Channel had given away back in the long-lost days of outsized (but democratically distributed) swag bags. Lots of people still wear this dark navy down jacket to Park City. Bingham Ray always did. I shake out the coat and a few small tatters snow small bits of down, and the tufts of white linger before finding ground. 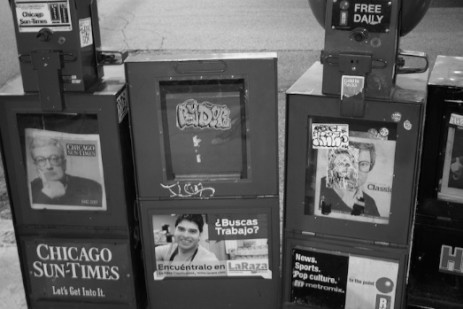