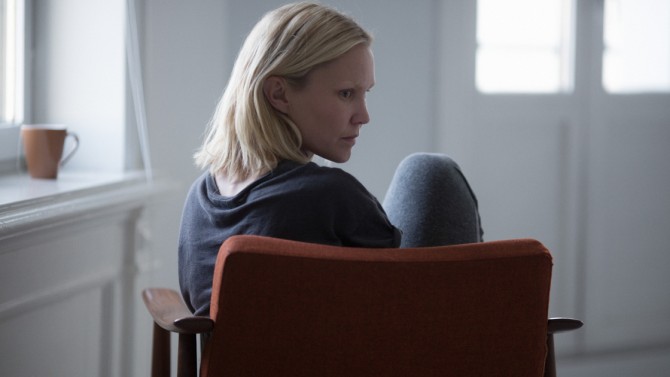 I always work with the idea in mind that the audience is going to discover the film in a movie theater where I have their undivided attention. I’m guessing it’s the same for every filmmaker, you can’t make a movie taking into consideration that it might be seen on an iPad in a fully lit room competing for attention with a cell phone and a TV. If you do, you wouldn’t dare to be subtle, there wouldn’t be any incentive to fight for every detail and make it count. You need to believe you’ll have the hypnotic, dreamlike quality of a projected image in a dark room on your side. Doing research for my film Blind I discovered to my surprise that a lot of blind people still enjoyed watching films. For me that was evidence of how much films rely too much on dialogue and too little on the visuals, but I couldn’t take away from them the fact that they found it to be a meaningful experience. A woman told me that just before she lost her sight completely she could barely make out the TV, but still loved eating take out pizza with her boyfriend watching DVDs. One time, halfway through a movie she asked her boyfriend if the film’s visuals weren’t a bit monotonous, he assured her no, and she continued to watch and listen, finding the story quite captivating. When the film was over her boyfriend closed the lid on the pizza box and she discovered that what she had been watching during the whole time was the the box and not the TV. And I guess, if she could enjoy an evening of watching the lid of a pizza box listening to a soundtrack, why should I deny people watching my film on a cell phone? At one point of the process you need to let go. And I guess what matters most is not the film in itself, but the images, thoughts and feelings it evokes in you, which is what my movie is about, in a way.